The provincial government is in the process of installing digital variable speed signs along parts of the Coquihalla, Trans-Canada, and the Sea to Sky highways as part of a $12.5-million pilot project in an effort to make roads safer.

With electronic screens, the speed limits will change when adverse weather begins, especially in areas where rain can quickly turn into snow.

“As a part of our Rural Highway Safety and Speed Review, we looked at how we could help reduce crashes related to bad weather conditions. One of the ideas was to introduce new digital variable speed limit signs, in areas where the weather can change quickly and sometimes catch drivers off guard,” said Minister of Transportation and Infrastructure Todd Stone in a statement.

“The electronic signs will adjust the speed limit to let drivers know what speed they should be travelling during winter weather conditions, to help them reach their destination safe and sound.”

The signs will be highly visible to drivers, who will be warned by overhead message signs that they are entering into a variable speed limit corridor. Pavement and visibility sensors will detect the conditions and continuously send a recommended speed limit to Ministry of Transportation road operations staff.

Work is well underway to install 18 variable speed signs from Perry River to Revelstoke on the Trans-Canada Highway, 13 signs from Portia Interchange to the former toll plaza area on the Coquihalla Highway, and 16 signs from Squamish to Whistler’s Function Junction on the Sea to Sky Highway.

When installation is complete, extensive testing of the systems will be performed over a two to three month period. The signs are scheduled to go operational in early-2016.

In Germany, studies show that roads with variable speed limit systems had travel times cut down by five to 15 per cent and the number of collisions decreased by 30 per cent. Road volume capacity even increased by five per cent.

And in the Netherlands, 46 per cent of Danish drivers felt safer on the road after such systems were installed. 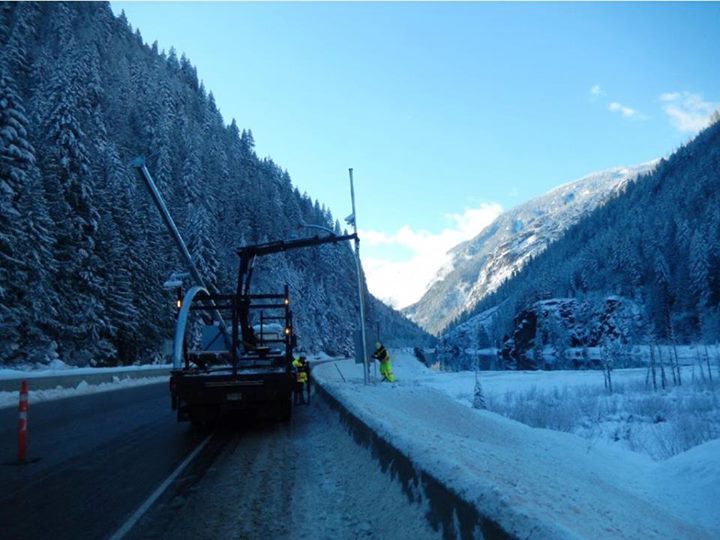