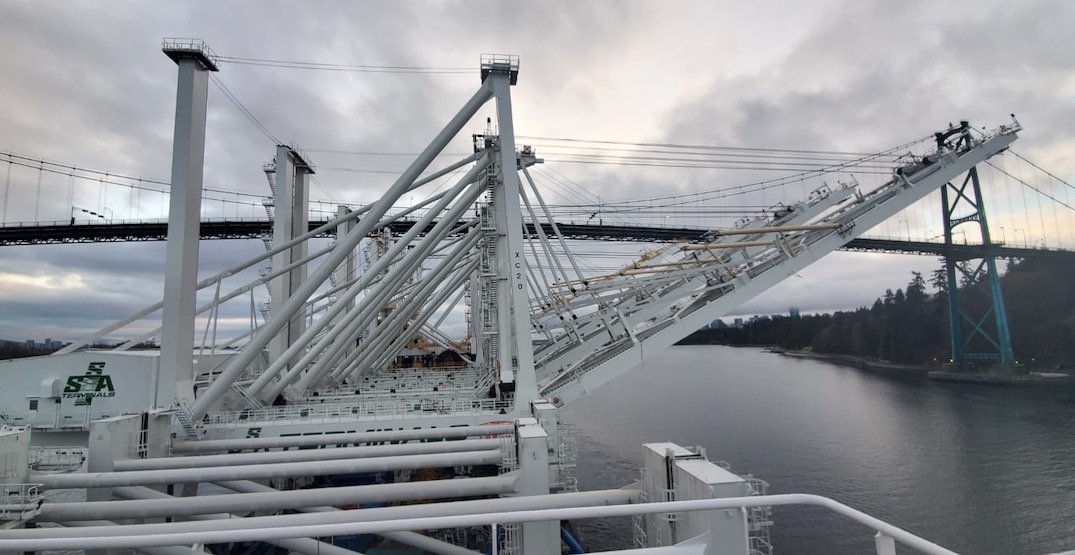 New ship-to-shore cranes that lift cargo onto and off ships at a major Port of Vancouver facility have arrived in Burrard Inlet.

A vessel carrying the super-sized cranes went under the Lions Gate Bridge earlier this week towards the installation destination at the GCT Vanterm terminal, which is located near the northern foot of Commercial Drive in Vancouver.

According to Global Container Terminals (GCT), the operator of the terminal, the new equipment will replace two 25-year-old cranes, including one that collapsed after the March 2019 collision accident. A second crane will be taken out of service and removed some time after delivery, installation, and commissioning of the two replacement cranes.

The cranes will be about 18 metres (59 ft) taller than the old cranes, and instead of the red colour of the old cranes, they will be mainly “cloud white” colour to “visually mitigate daytime skyline visibility.”

The installation process begins this weekend and is expected to continue for about three months. 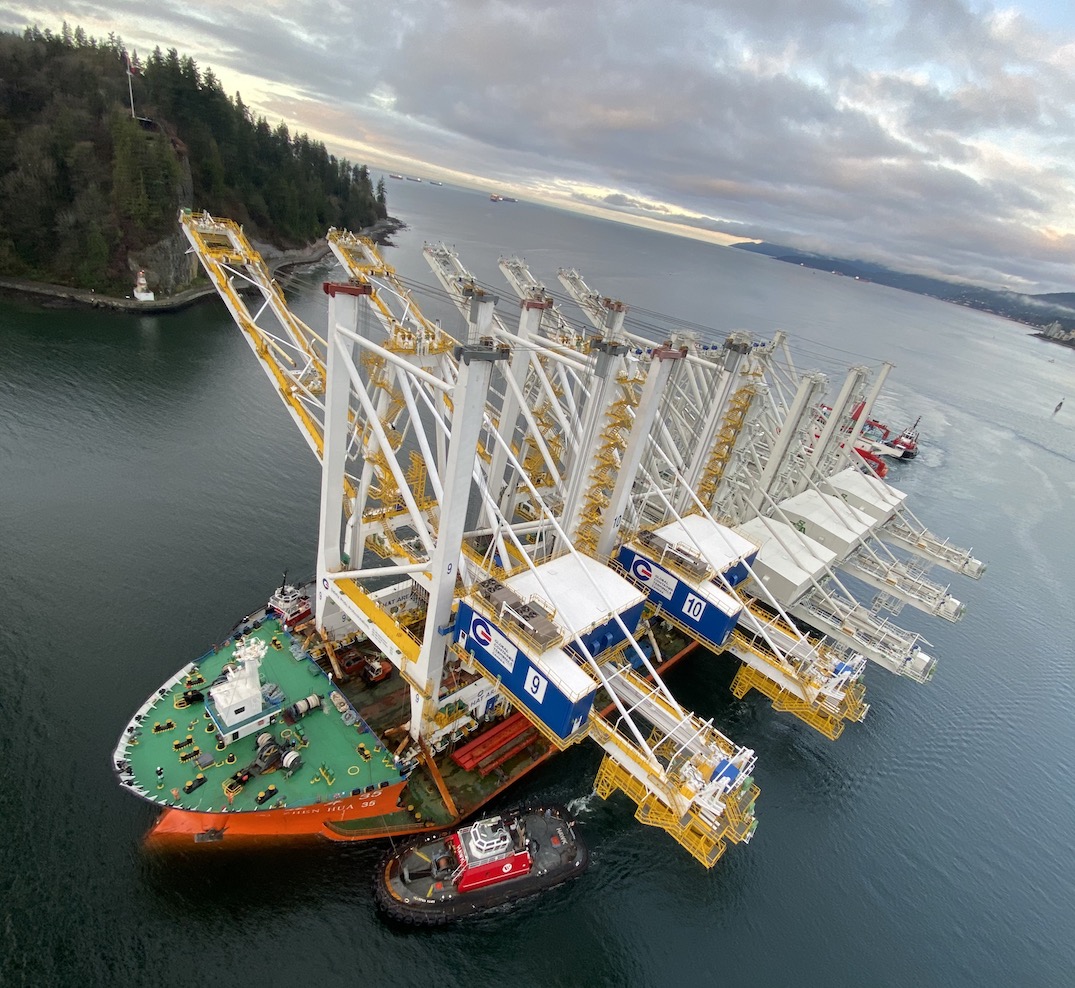 GCT is spending $160 million to densify and modernize GCT Vanterm, which will increase the terminal’s capacity by about 25% — from 835,000 TEUs to over one million TEUs annually — and allow it to handle larger container ships within its existing footprint. This increased capacity is expected to create about 1,200 new direct and indirect jobs, and generate $77 million in wages and $187 million in additional GDP annually. 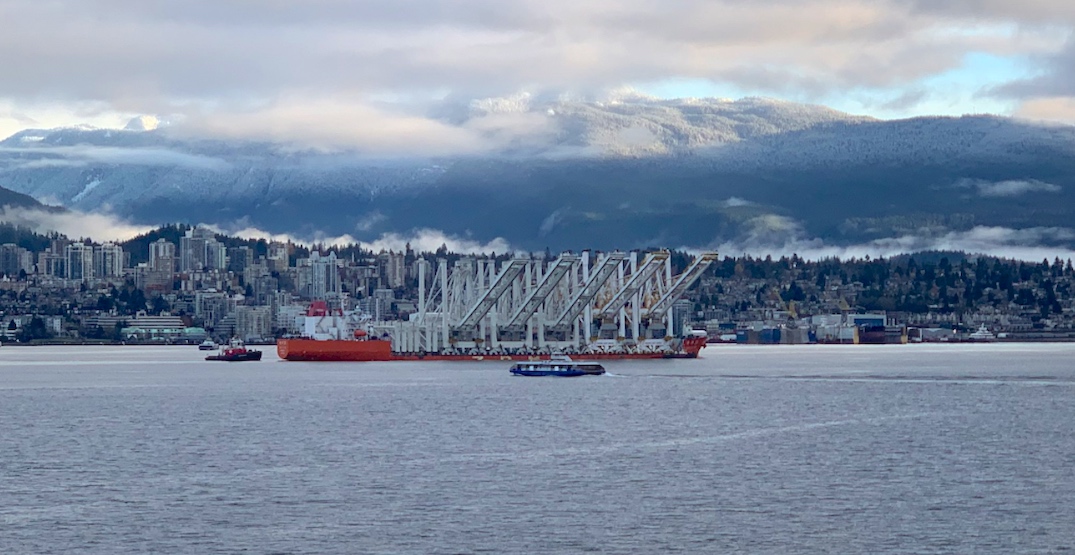 Just to the west, closest to downtown Vancouver, DP World’s Centerm terminal is currently undergoing a $320-million expansion that will increase the facility’s capacity by 66% — from 900,000 TEUs to 1.5 million TEU annually. The wharf is being expanded by seven acres westward through land reclamation, and the existing footprint is being reconfigured, including an eastward expansion of the container facilities by demolishing Ballantyne Pier.

The expansion projects at both terminals are slated to reach full completion by 2022.

Old cranes at the Centerm terminal were relocated to Nanaimo for reuse at the Duke Point Deep-Sea terminal.