A Southeast False Creek landmark, the Salt Building brims with an interesting history that makes it one of Vancouver’s most interesting locations.

The Southeast False Creek neighbourhood has a rich history. Initially home to people from the Squamish Nation, False Creek was a fishing hotspot that was much larger than it is presently. As time passed and European settlers began to discover the area’s value, Southeast False Creek was largely used as an industrial centre, home to sawmills, warehouses, shipbuilders and more. Amidst it all emerged the Vancouver Salt Company, a salt plant responsible for the refinement of raw salt initially processed in San Francisco. By the 1980’s it converted into a paper recycling plant before falling into disuse for some years.

Owned by the City of Vancouver and managed by the City’s Real Estate Services Department, the building underwent a restoration in the lead-up to the 2010 Winter Olympics, with the foundation upgraded and a basement added. During the Winter Games it played host to the Olympians, being dubbed the “athletes’ living room.” Due to being off-limits to the general public, the venue did not receive a wide amount of publicity during the Games, despite its significant role as a gathering space for athletes.

Located on First Avenue at Manitoba, the building houses over 13,000 square feet of space, making it an expansive and flexible space with the potential for many uses. The building has received Heritage B certification, meaning it has significant heritage value – it provides a good example of a particular building style, and has some historical and cultural significance within the neighbourhood that has been documented. It features an amazing timbre truss ceiling, providing a large vertical space with a unique feel to it. It also features ample natural lighting and ventilation. 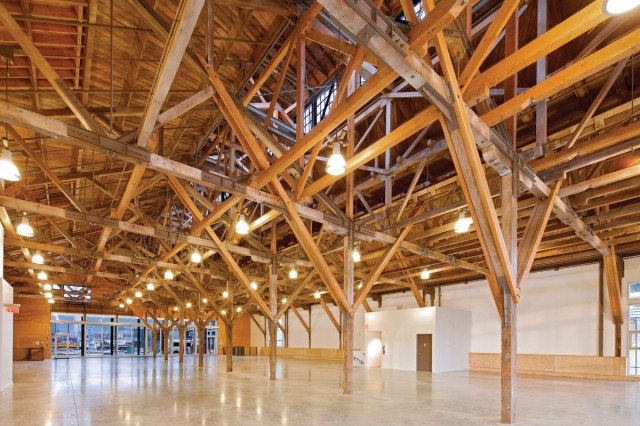 The Salt Building’s renovation was designed by Acton Ostry Architects and carried out by Haebler Construction, and has received recognition for the green building practices used in its revitalization by receiving LEED Gold certification. The building has also won a number of prestigious awards, including the Canadian Wood Council’s Wood Works Green Building Award and the Canadian Institute of Planners Award for Planning Excellence.

Presently, the Salt Building acts as a central landmark in Olympic Village. It plays host to a wide variety of community events and functions, largely due to its flexibility as a venue. The building sits on the end of the Southeast False Creek Olympic Plaza, a large space that is home to the renowned public art piece ‘The Birds’ by Myfanwy MacLeod. An installation consisting of two 18 foot tall birds, the piece is eye-catching to those passing by, as it reverses the traditional relationship between small birds and the surrounding human population.

With CD-1 zoning, designating it as a comprehensive development, coupled with its availability for lease, the Salt Building makes for a promising future prospect. Whether it becomes retail or service space, or even a restaurant, with the constant expansion of the Southeast False Creek neighbourhood it will undoubtedly see active use in the future. In the mean time, Vancouverites can visit the space and admire it for its cultural significance and beauty. 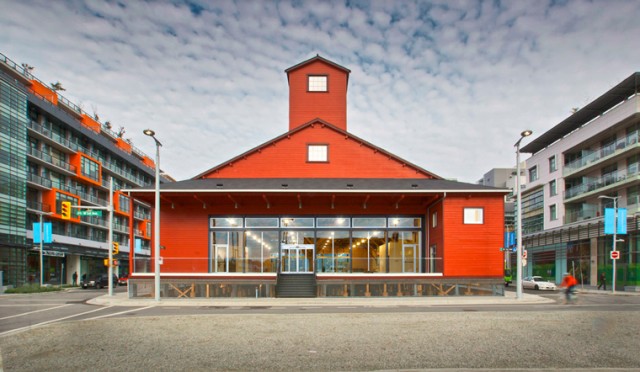 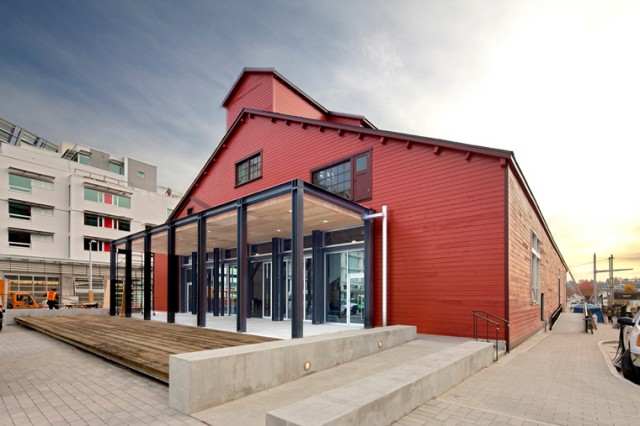 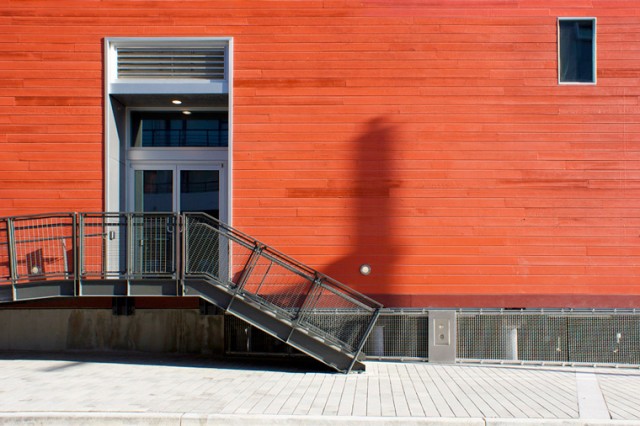 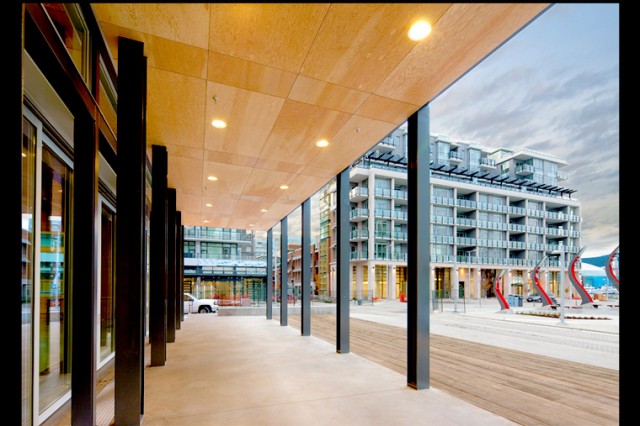 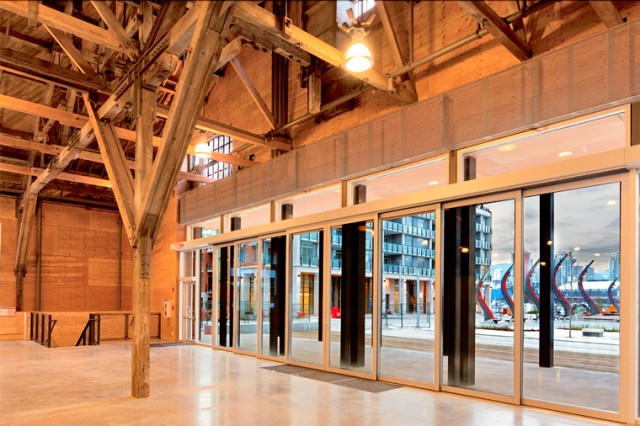