Unless you have avoided social media for the past 24 hours, you now know that Vancouver’s Kaitlyn Bristowe took the title of this season’s Bachelorette over Britt Nilsson on last night’s second episode.

Cue Chris Harrison’s dramatic, drawn out announcement to the winner: ‘I counted the votes and unfortunately Kaitlyn,’ he said, ‘I had to send Britt home. You’re going to be the Bachelorette.’

And to waitress, Britt Nilsson: ‘I counted the votes. The majority of the men have chosen one woman who they can hopefully see a future with. Britt, unfortunately, you are not the Bachelorette.’

Britt finding out she is NOT ‘The Bachelorette.’ (screenshot)

So there you have it, the hallmark of a typical episode and the beginning of a season sure to be a cult classic. Headlines are already popping up with the likes of Bachelorette Kaitlyn Bristowe Admits to Having Sex With Contestant and The Bachelorette’s Kaitlyn Bristowe: ‘I Kiss Everybody!’

A hot topic surrounding the premise of the season kickoff was pitting one woman against another. There were mixed reactions on Twitter:

So wait what happens to all the guys that wanted Britt? Do they just go, “okay I’ll like the other one I guess?” #bachelorette

Is getting men to choose a bachelorette based on first impressions taking feminism back 30 years? Probably. Am I still watching? Definitely.

“I initially started out with Kaitlyn.” These guys sound like they’re talking about sampling fro yo flavors. #Bachelorette

If you watched the sizzling season 11 teaser video (or any episode of the Bachelor/Bachelorette ever) you know what to expect: tears, storm outs, confessions, and the 29-year-old admitting that yes, she indeed ‘had sex’ with one of the suitors ‘too fast’.

“Everyone asks, ‘What was your strategy going into this?’ And the only thing I could think of was just to be Kaitlyn,” she writes in her PEOPLE blog, available to the public and updated throughout the season. “Laugh, be sincere and make the guys feel comfortable.”

She goes on to admit that every time she sat down with one of the guys, she didn’t think it could get any better.

“And then the next guy would come along, and I’d think, ‘Okay, wait, it can’t get better than this…fast-forward to 25 guys later, and I’m convinced we have the best group of guys in all of the land.” 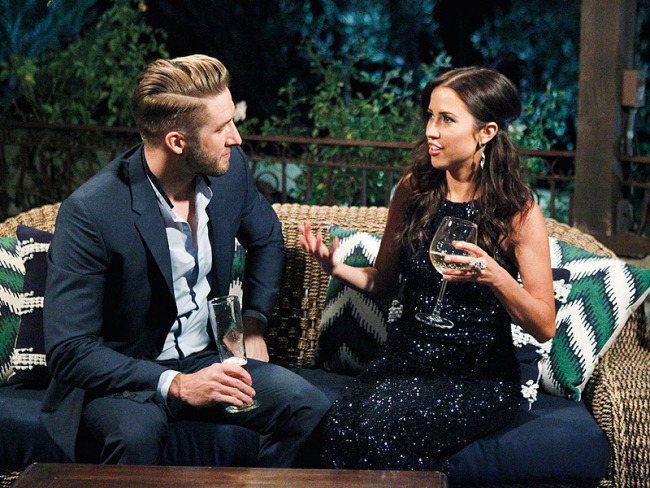 Guys remaining after night one: 19

The Bachelorette airs Mondays on ABC at 8 p.m.