It’s that time of year when charity is top of mind and the holiday campaigns start in earnest. But the concept of charity is undergoing a major transformation as organizations realize they need to target millennials, who tend not to want to just give money. They want to be involved. They want to do more than write a cheque.

imagine1day is a Vancouver non-profit that is leading the way in charity innovations. The group builds schools in Ethiopia. So far, they’ve funded more than 120 primary schools, and helped to bring quality education to more than 51,000 students a year. The charity is the brainchild of lululemon founder, Chip Wilson and his wife, Shannon. For the last five years, they’ve asked potential donors (called creatributors) to create their own fundraising campaigns. But this month, they launch the new Accelerator Fund that offers a brand new way to approach fundraising that asks not for money, but for ideas.

The basic concept of the fund is revolutionary. The fund will invest in a charitable idea – with both money and advisory – to help turn it into a fundraising success to benefit imagine1day’s work in support of education in Ethiopia.

Part of a growing trend to converge charity with business principles, the Accelerator Fund is putting out a call for submissions and asking creatives across North America to come up with a big, cool idea – like an event, a product, an adventurous excursion, an art exhibit, new technology, game or app. Then, a panel of business leaders and advisors will handpick the top 5 best ideas and invest anywhere from $5 to 20K in that idea.

They will also connect that person with a top notch advisor (someone who has successfully launched ideas and built businesses) who can help turn that big idea into a world-changing charitable project that will help send children in Ethiopia to school with imagine1day.

Interested applicants must set out to raise $10,000 or more in net proceeds and they will be judged based not only on their idea, but on their ability to fund some of the expenses through either cash or in-kind sponsorship.

This spring, a big event in Vancouver will officially launch the Accelerator Fund. The top 5 applicants will present their ideas to a network of notable social entrepreneurs, venture capitalists and philanthropists who will determine the exact amount of funding each individual will receive.

For details on how to pitch, please check out the fund’s website. The deadline is December 15. Now’s the time to donate your ideas. 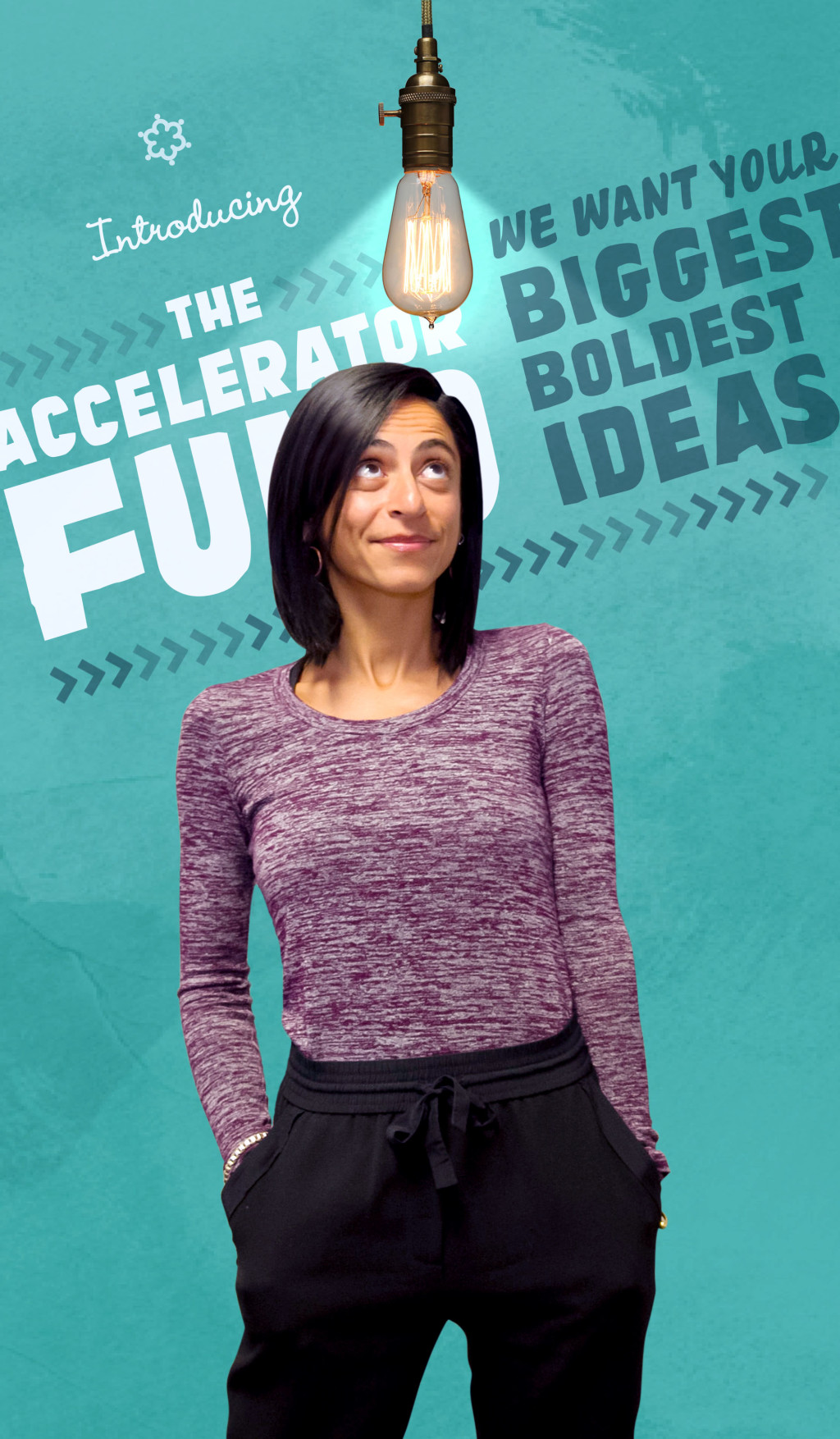