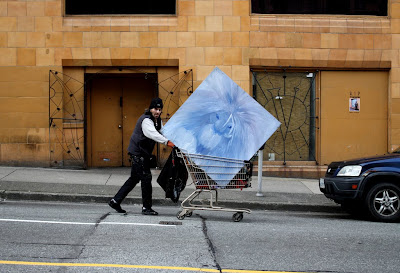 Image: Entheos_Fog from Flickr
Yesterday the City of Vancouver’s released the figures from its latest homeless count. The result, the number of people homeless in the city has increased by 12 percent since 2008. The grand total is now 1,762. What we don’t know for sure is whether or not this is an actual increase or is the government doing a better count?

It should also be noted that although the percentage of homeless people in Vancouver has gone up, the number of them sleeping on the streets has dropped by 47 percent. That is a staggering decline and is  a direct result of more shelters. Furthermore, I’m certain that the provincial government pressured the poverty industry to house as many homeless people as they can before the games. On a related note, the government is expected to make announced for the funding of seven more shelters.

This all leads to a few questions. Is Gregor Robertson’s expectation of ending homelessness by 2015 realistic? Will the building of more shelters bring more homeless individuals to our region from across Canada and the Pacific Northwest? Sort of like an if you build it they will come scenario. Will Gregor and Gordo succeed in convincing the federal government to come up with a national housing plan? Why are so many of our city’s homeless fluent in French?

Strangely this made me think about the South Park Episode, “Night of the Living Homeless”