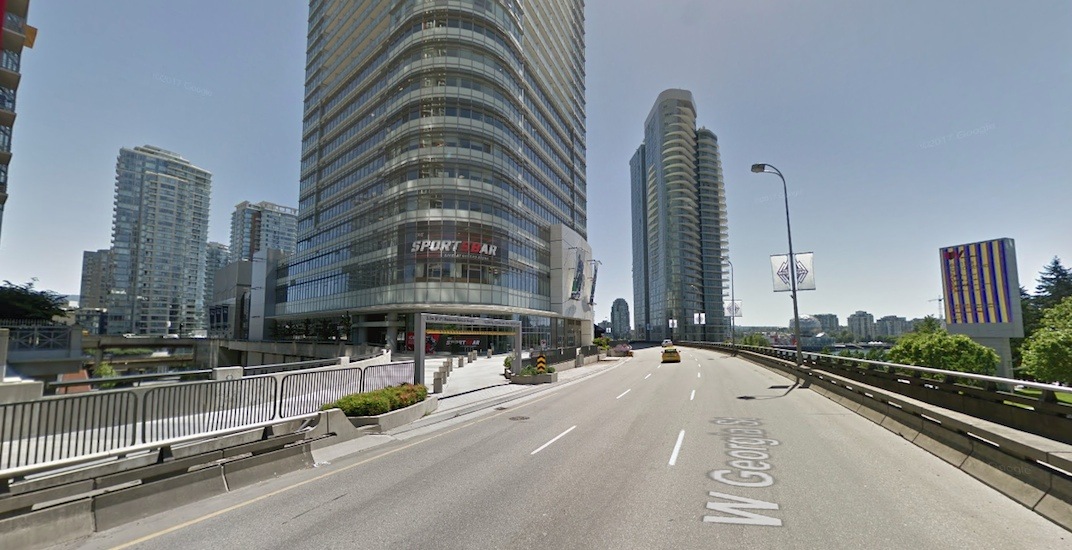 Vancouver’s hosting of the 2018 JUNO Awards next weekend necessitates the complete shutdown of the Georgia Viaduct.

In a release, the City of Vancouver says the three-lane arterial bypass road out of the downtown Vancouver peninsula will be closed to all traffic from 9 pm on Friday, March 23 to 3 am on Monday, March 26 – just in time for the start of the weekday morning commute.

The viaduct is being closed so that organizers of the JUNO Awards, held on Sunday evening, can turn the elevated roadway outside Rogers Arena into a red carpet walk, which entails “extensive work” such as tents, structures, and technical elements.

“The City of Vancouver supports arts, culture and creative industries in many ways, from direct funding and licensing arts events to enabling street use for big events,” said Mayor Gregor Robertson in a statement. “Supporting the JUNOS is all about celebrating Canadian culture and giving national exposure to Vancouver’s music industry.”

The Georgia Viaduct is for outbound traffic that exits downtown while the parallel Dunsmuir Viaduct, which will remain open throughout the entire weekend, is for inbound traffic into the city centre.

Michael Buble is slated to be the host of the JUNO Awards, and there will be festivities across the city throughout the week leading up to the big show held at Rogers Arena. Festivities include a free two-day music festival at the Vancouver Art Gallery’s North Plaza on West Georgia Street.

The viaducts have been closed for lengthy periods on two separate occasions in recent years to support the hosting of special events.

In early-2010, both viaducts were closed as part of the security perimeter around BC Place Stadium and Rogers Arena for the Olympics. And then in April 2015, the Georgia Viaduct was shut down for an 11-day period for the filming of a major scene in 20th Century Fox’s Deadpool.

Last month, Vancouver City Council approved the Northeast False Creek Plan, which includes the demolition of both viaducts to accommodate a new neighbourhood and expanded park space. If all goes as planned, the demolition could happen next year.