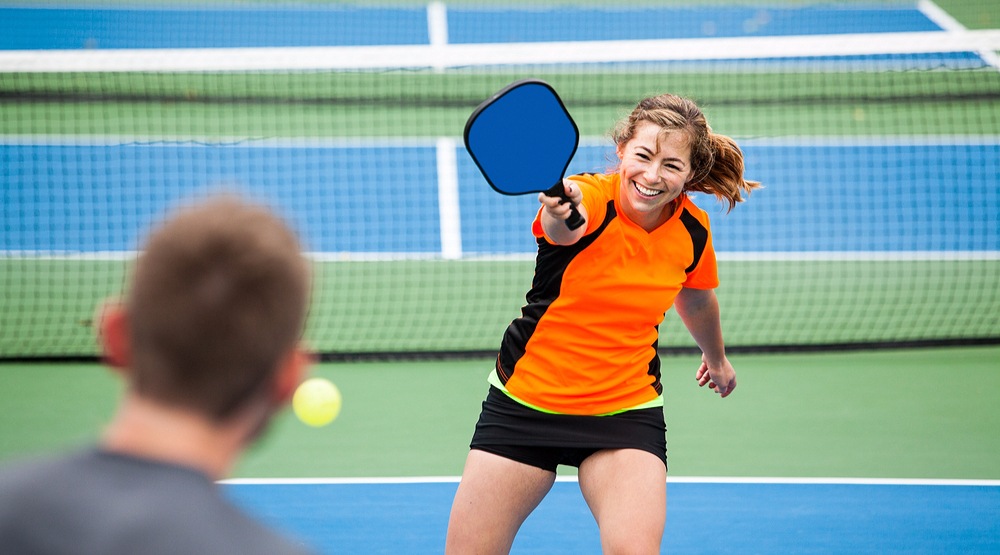 Pickleball. It’s the most popular racquet sport you’ve never heard of – and now Vancouver is getting its first ever outdoor pickleball court, at Queen Elizabeth Park.

The court is still available for tennis if no one is using it, but now has extra lines marking out four pickleball courts, with portable nets stored on-site.

Pritchard was apparently having trouble finding all the equipment he needed to play one sport with his family, so combined all three.

In Pickleball, teams of two to four players use wooden paddles to hit a perforated whiffle ball over a net on a badminton-sized court.

The game has become hugely popular among adults, says Chuck Lefaive, Founding Director of Pickleball Canada and BC Pickleball.

“The sport is becoming increasingly popular, especially with seniors,” said Lefaive. “Today, there are almost 700 pickleball players in Vancouver, so these new outdoor courts will be well-used.”

The Vancouver Park Board already has indoor pickleball courts at 13 community centres, including Britannia, Hillcrest, Kitsilano and, Hastings.

But why is it called Pickleball, we hear you cry?

Some say it was named for Pritchard’s dog, Pickle. But it may also be named after pickle boats – the last boats to return with their catch.

The oarsmen were chosen from the leftovers of other boats – much like the equipment used to play pickleball.