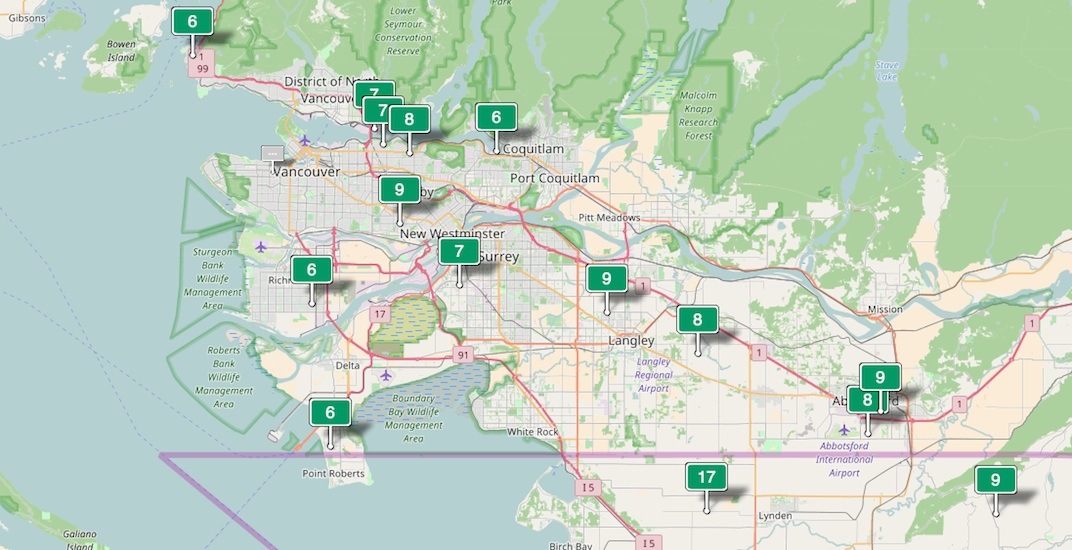 Within the span of just 48 hours, Metro Vancouver’s air quality has changed from being one of the worst to one of the best for a major urban area.

Air quality readings have drastically improved, returning to healthy levels normally seen in this part of the world.

According to the World Air Quality Index Project, which displays real-time air quality data from 70+ countries around the globe, air quality monitors across the region have returned to green and were mainly in the single digits as of earlier this morning.

Readings at over a dozen stations across the region range between only 6 and 9 after a change in weather that brought a shift in wind direction and overnight rainfall.

This is quite the contrast with Friday morning when Horseshoe Bay in West Vancouver, for instance, was still hovering at 105. A week earlier, this area had a reading of 170.

Burnaby is currently rated at 7 and Port Moody is showing a reading of 6, down from 142 two days ago and 173 last week.

The Index says a reading of between 0 and 50 is “Good” while readings from 151 to 200 – what the region has experienced for much of the past two weeks – is “Unhealthy” for everyone.

Here is how Metro Vancouver currently compares with other major cities: