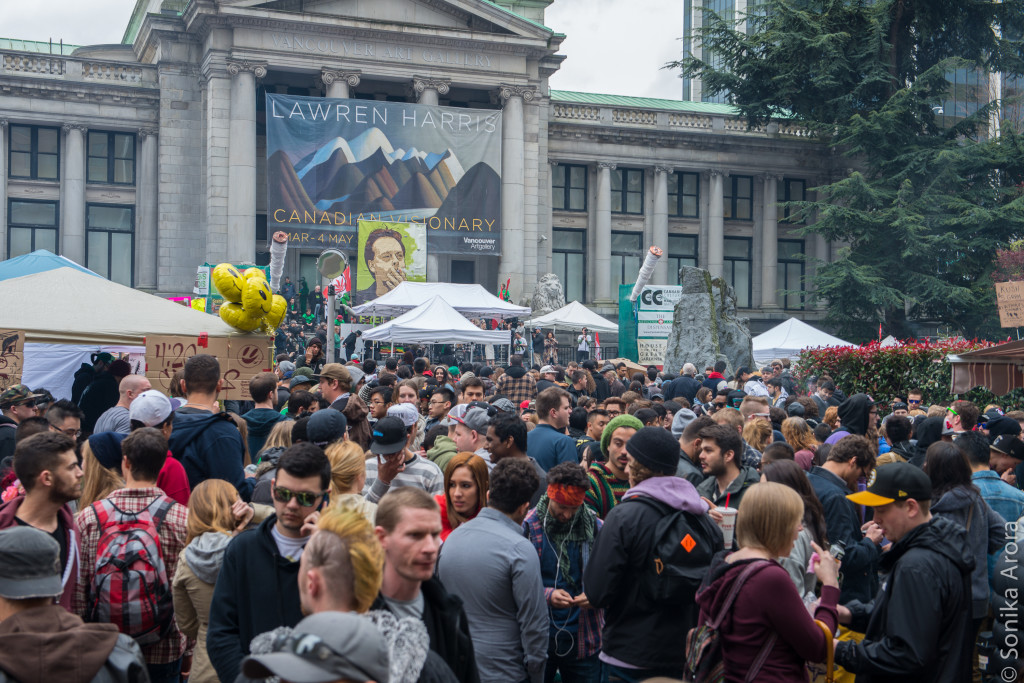 Attention stoners (you might want to write this down – you’re liable to forget): Vancouver’s 4/20 festival is moving from the Art Gallery to Sunset Beach in the West End for 2016.

A post by Sensible BC leader Dana Larsen on 4/20 Vancouver’s Facebook page suggests the event has simply outgrown the capacity of the Vancouver Art Gallery.

“The past few years of 4/20 have been difficult to navigate and participate in, because of the overwhelming throngs of people,” says Larsen in his post.

Larsen says the event is a protest to end marijuana prohibition, and as such, they don’t have a permit from the Vancouver Parks Board. However, Larsen claims the Parks Board agreed not to block the event that attracts around 30,000 people every year.

“Sunset Beach is Vancouver’s biggest and best outdoor event venue, and will allow 4/20 to expand and grow into a much larger event with more people, more booths, more cannabis and more freedom than ever before.”

Last year, there were more than 200 vendors selling everything from joints, bongs, and edibles on the plaza of the Vancouver Art Gallery. Sixty-four people were sent to hospital during the event, likely from overconsumption of edible THC-laced products.

But event organizer Jodie Emery told Vancity Buzz they have a number of safety precautions in place to prevent any serious incidents.

She adds the city can’t issue a permit for the event because it’s illegal.

While the Parks Board likely won’t punish anyone for smoking on Sunset Beach that day, it’s worth noting the minimum fine for smoking in a Vancouver park is $250. Multiply that by 30,000, and you have a $7.5 million fine.