Vancouver’s Arthur Erickson designed twisting tower seems to be back on track. The CBC is reporting that the luxury condo/hotel project planned for 1133 West Georgia Street is set for construction once again. Those familiar with the site know that it has been vacant for quite some time. Many in the planning/development circle have labeled the site cursed. It was one of only a few that fell victim to the brief recession in 2008., thus furthering the sites cursed status.

Now that it is back on track this will mean Vancouver will have two architectural gems under construction at the same time, the BIG tower at Beach and Howe being the other. The building was originally called Ritz-Carlton, however, since the cancellation, Ritz-Carlton is no longer the hotel group going into the building. No word yet what hotel will be involved with the project.

Luckily, the twisting tower design remains the same. It will be 5 metres taller coming in at 188 metres, making it the second tallest building in Vancouver. Other building modifications include an increase in the number of condos from 163 to 290 and hotel rooms from 127 to 187. To accommodate the increase in units ceiling heights were lowered to help squeeze in eight more floors without substantially increasing the buildings height

The prices of the units have also come down to $1,500 per square foot. So the average Vancouverite won’t be buying into this building as 1 bedrooms will probably start at $800,000.  The average per square foot price in Vancouver is around $600.

As it stands right now the construction site is set up and they have site is fully excavated. Here are some pictures by Jimbo604: 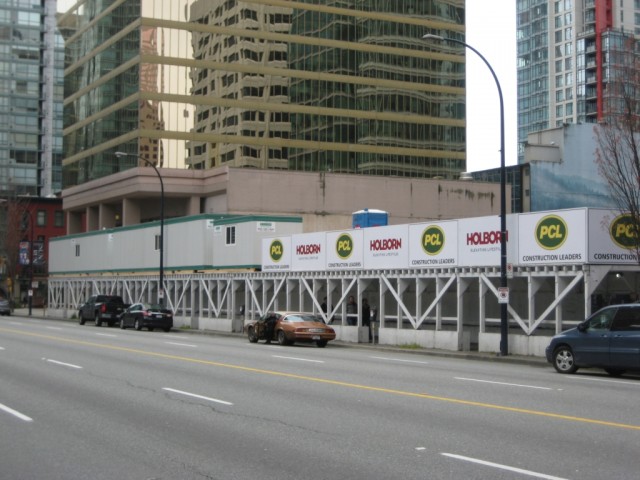 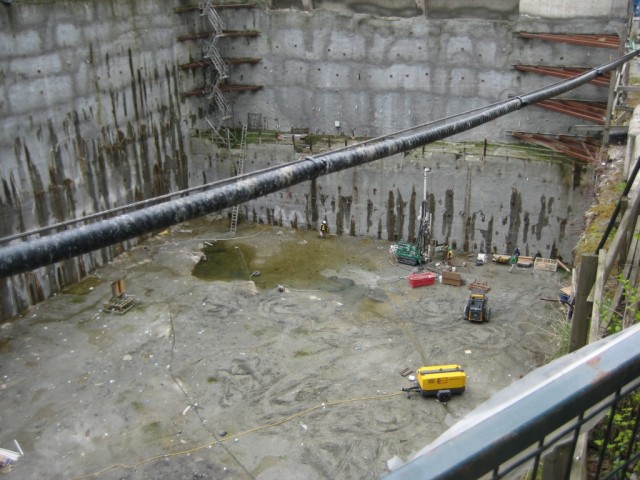 Here are some photos of the tower and one of it in the Vancouver Skyline (to the right of the Shangri-La) created by Dleung, the genius that brought us the 3D future skylines of Vancouver. 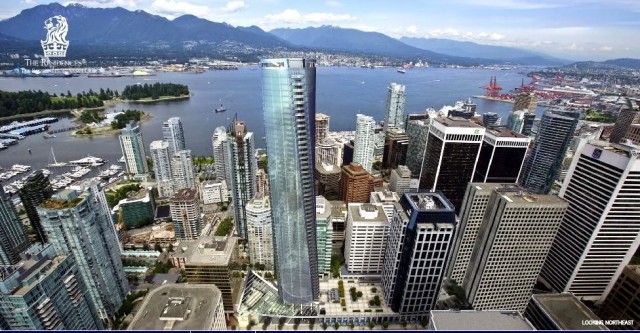 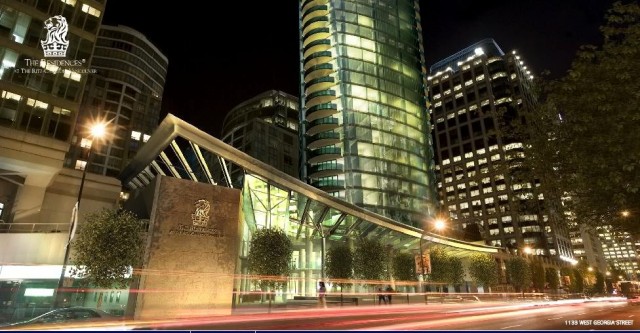 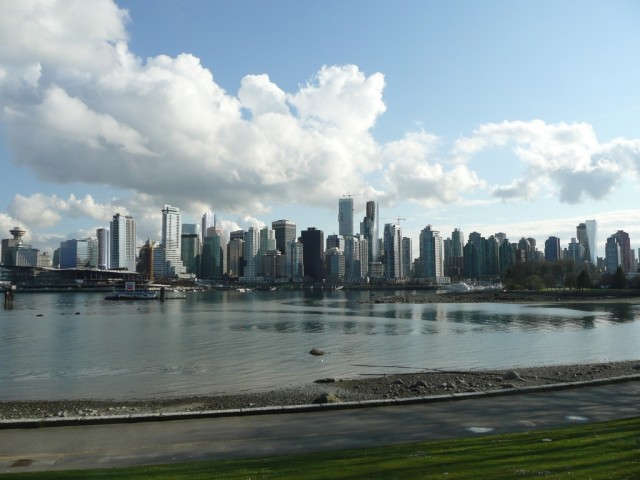