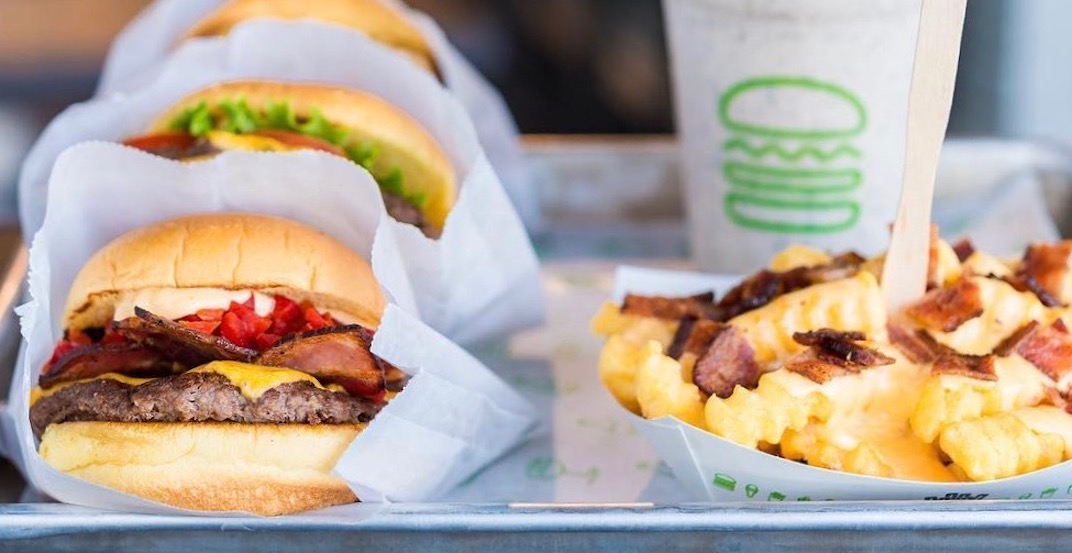 We might not have one in our own city, but Vancouverites are closer to Shake Shack than they’ve ever been before.

Shake Shack Seattle just opened, and the new outpost is the American fast-casual chain’s only Washington location, adding to their dozens of eateries across the US and worldwide in places like China, Russia, and the UK.

Located in Seattle’s downtown South Lake Union neighbourhood, the 2115 Westlake Avenue restaurant is approximately three hours from downtown Vancouver according to Google Maps, making it the closest location to our city yet.

While three hours may seem like a commitment, to the cult followers of the chain it’s no time at all if it means they’ll get their hands on those iconic Shackburgers, cheese fries, and thick milkshakes.

This Veggie Shack + crinkle cut combo has us wishin’ every day was #WorldVegetarianDay… 🤤 (📷: @sirkensingtons) #shakeshack

😱😯😧😱😯😧 <— when you find out that the closest Shake Shack is less than a 3hr drive away!! So happy they opened one up in Seattle!! AND they have a Seattle-exclusive burger here with Beechers’ cheese, caramelized onions and all!! Im a happy camper 🤗🤗🤗

Vancouverites have already been making the pilgrimage down to Seattle to enjoy their favourite US cuisine since it officially opened last weekend.

Some folks even reported a one-hour wait during opening weekend.

When you come to Seattle strictly for @shakeshack … cravings definitely satisfied, SO GOOD 😩 Expect long line ups when coming here. There’s only about 3 cashier less ordering machines & they only take card!

While this is the most reachable location to date, we are still holding out for Shake Shack to open outposts in Canada because the one-day In-N-Out pop-up we get a year is not satisfying our American fast food cravings.