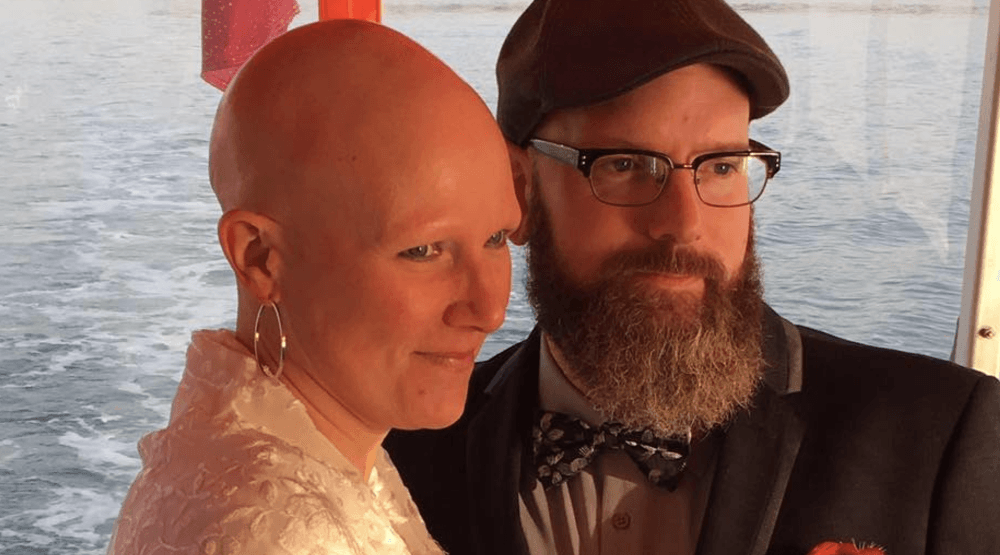 All it took was a ride on an Aquabus to make Jana Buhlmann and Chris Walters’ wedding dreams to come true.

The couple eloped while taking a ride on the False Creek water taxi service on December 17.

“We have been together for about two years and we were talking about getting married anyway,” Buhlmann told Daily Hive.

But last month, Walters, 40, was diagnosed with stage 4 colon cancer, prompting the couple to speed up their wedding plans.

“So we thought ‘you know what, let’s just grab life by the horns… and let’s just do this,'” Buhlmann said. 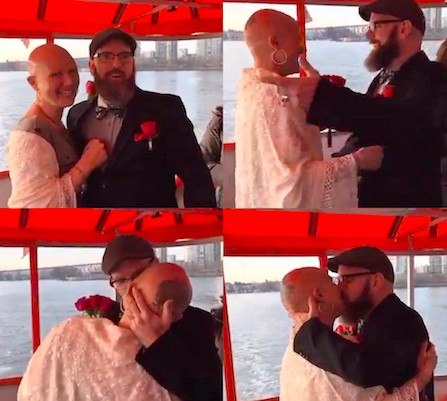 Buhlmann and Walters quickly pulled together their resources to get their wedding plans underway.

Walters found an officiator on Craigslist and Buhlmann arranged for her photographer friend Ellie Ericson to capture their special day.

The couple was initially hoping for their ceremony to take place on Granville Island and Ericson suggested taking the Aquabus over to English Bay for some photos after the wedding.

But then Buhlmann had the idea to elope on the Aquabus.

“I said, ‘Wow, I wonder if you can get married on an Aquabus,'” Buhlmann told Daily Hive.

She made a few calls and soon enough an Aquabus was rented, and the wedding was set.

‘Love pouring  in from all over the world’

It was a small ceremony, as Buhlmann and Walters only invited about 10 guests onboard.

But people from around the world were also watching because the couple decided to broadcast the wedding on Facebook Live.

Buhlmann said that she was only expecting a few people to watch but the response was “overwhelming.”

“Friends in England and Australia stayed up late in their pyjamas to watch and made separate posts about it on their own Facebook pages, which was amazing,” Buhlmann said. 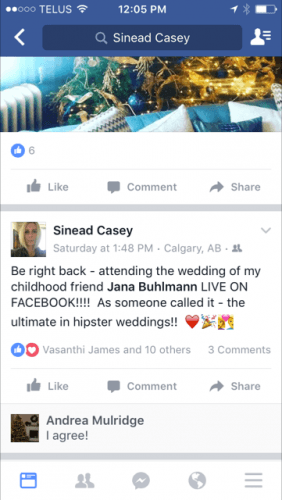 “You really felt like you had this big huge wedding and (we) only had about 10 people on the boat.”

Buhlmann describes herself as the “introvert” in the relationship.

“Really for me the fewer people the better so that was very interesting in that it still felt very intimate and small and exactly as we wanted it but yet, there were all these people there (on Facebook Live),” she said.

“That felt really, really amazing, having so much love pouring  in from all over the world.”

Buhlmann has Alopecia, an autoimmune disease that causes hair loss.

“It is something I’m pretty comfortable with.  Most of the time I don’t even think about it and I am not a wig-wearer,” Buhlmann said.

“I am pretty active in the social media community related to Alopecia. So in one of the Canadian (Facebook) groups, I just threw up a picture from the wedding and shared the news and talked a little but about it.” 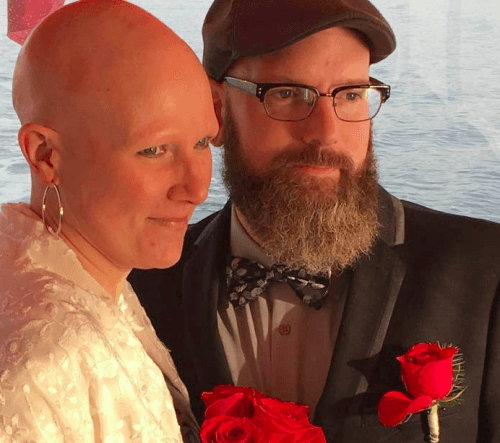 Buhlmann’s wedding picture prompted another member of the group to respond with a touching comment about her daughter.

“A mom from I think Alberta posted a picture of her little daughter who is four-years-old and she is completely bald too,” Buhlmann told Daily Hive. “And (the mom) said, ‘My daughter wanted me to post this picture. She saw the picture of the bride and really fell in love with that and wanted to show her picture too.'”

Buhlmann said she was not expecting this kind of response from her small, Aquabus wedding.

“When you open yourself up it changes other people. The whole social media experience, a lot of things happened that I didn’t expect,” she said.