Vancouver is being taken by storm. A wind storm.

Thousands of people are without power as Metro Vancouver and the Sunshine Coast experiences both a rainfall and wind warning. Environment Canada is reporting risks of a thunderstorm early this afternoon and that winds could reach up to 90 km/h this afternoon before dissipating later today.

It’s tough to know exactly how many are without power as BC Hydro’s outage site is even experiencing an outage, but reports are saying anywhere from 12,000 to 25,000 customers are currently affected in Metro Vancouver.

Winds were so strong that they knocked down fences at the Vancouver Zoo and saw a grizzly bear getting loose, forcing the evacuation of the zoo, according to Global News.

Video of a damaged power line sparking in Vancouver from today’s storm, submitted by a reader:

Two trees down in #Vancouver at Howe & Nelson. Southbound traffic is completely blocked—@bchydro is on scene. pic.twitter.com/nE7lRpS2Gc

#NOW: This is right behind the #Vancouver @ParkBoard office. And the #wind is getting MUCH stronger by the minute… pic.twitter.com/APZtwVwBVZ — Jason Lamarche (@Lamarche) August 29, 2015

Window blinds are breaking off and blowing away in this #windstorm #vancouver #yaletown #bcstorm pic.twitter.com/kG5HA5ko7s — Braden McMillan (@BradenMcMill) August 29, 2015

Powers out in my west end apartment. Any one else experiencing power failure? #vancouver #tharsheblows #BCstorm — Aini Bhatti (@Aininian) August 29, 2015

Trees down in #Surrey, traffic lights out, thanks to wind storm. pic.twitter.com/HzHQKtflKs — Janet Brown (@JanetBrown980) August 29, 2015

Power out in #NewWest due to wind storm. Lots of debris on the ground. This tree took out a fence. @GlobalBC @BC1 pic.twitter.com/0bSTAph4aL — Brooke Rollinson (@Brookeashlie) August 29, 2015

Don’t take #hwy1 EB – traffic has stopped just past where I took this video. Lots of debris on road @GlobalBC @BC1 pic.twitter.com/lxBYcToAA8 — Brooke Rollinson (@Brookeashlie) August 29, 2015

#StanleyPark is now shut down due to strong winds. Watch @CTVVancouver at 6pm for coverage of this weather wallop. pic.twitter.com/Nd08KCEJQ7 — Julie Nolin (@JulieNolinCTV) August 29, 2015 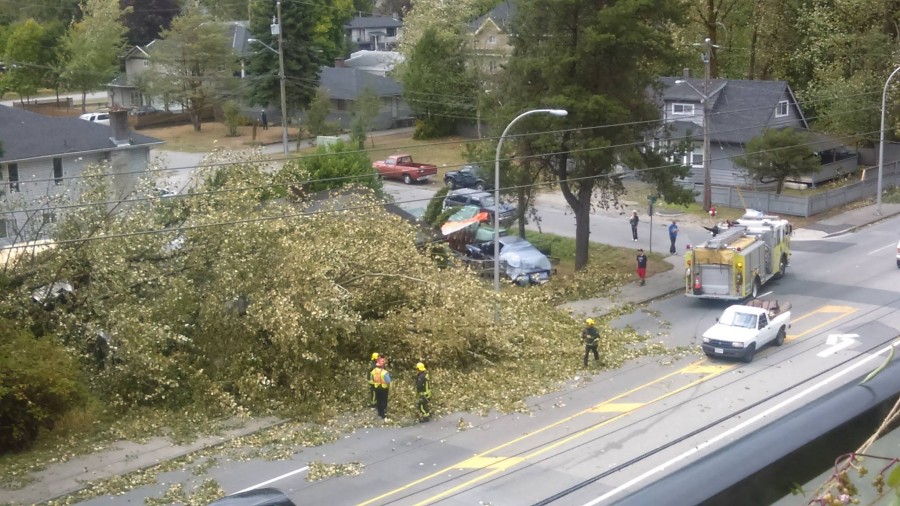 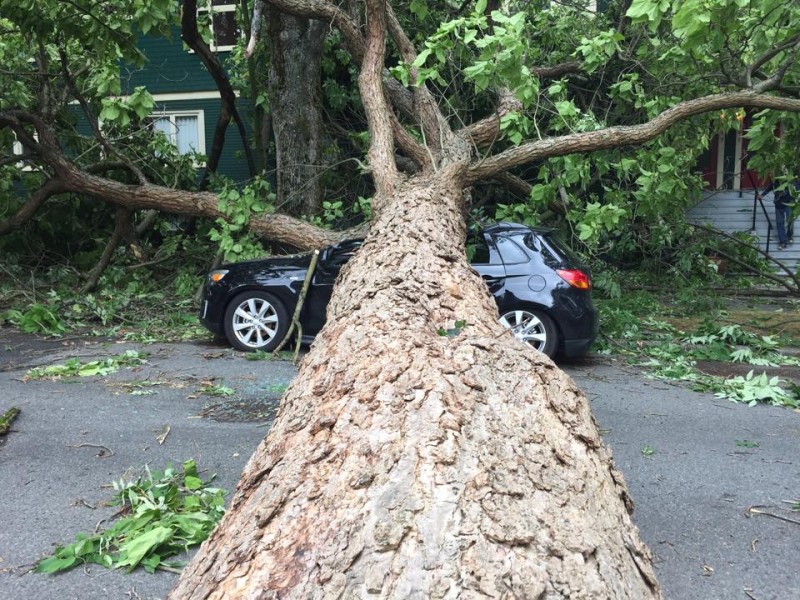 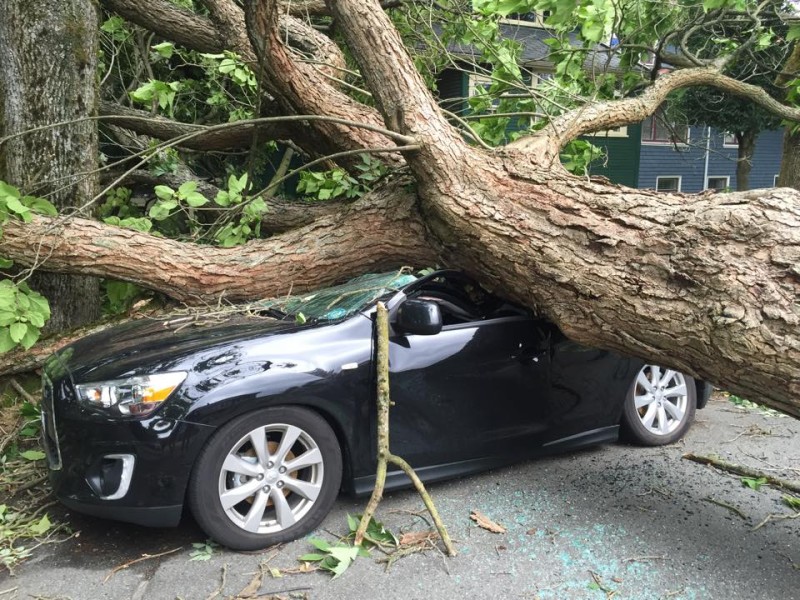 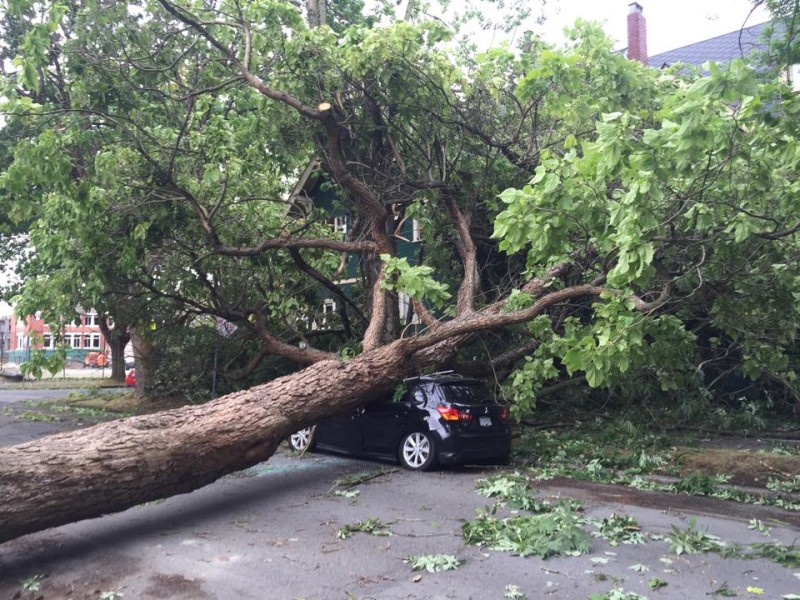 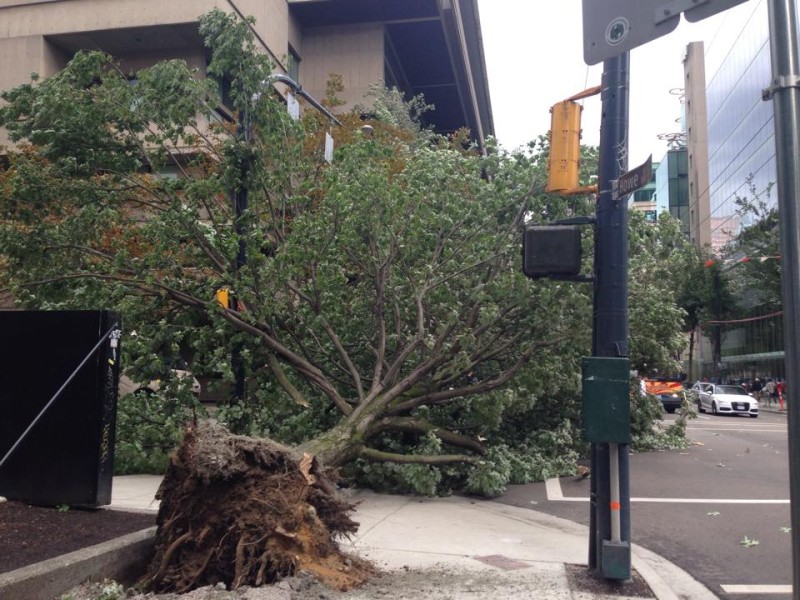 WOW! It just snapped off, what a windstorm pic.twitter.com/B2ANc4kHwS — Mike Farnworth (@mikefarnworthbc) August 29, 2015

it’s wild out there today #vancouver … and this #boat can testify to just how strong that #wind is!! @VancityBuzz pic.twitter.com/Jl9LWjQHph — Michael C (@mwmcarroll) August 29, 2015