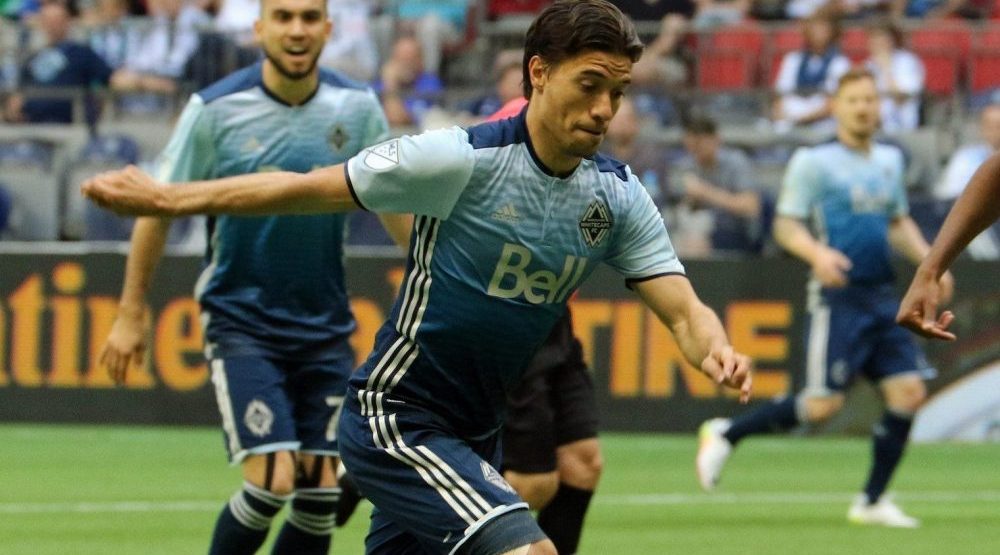 Welcome to the most interesting time of the season, everyone. The halfway point is behind us, the Vancouver Whitecaps are barely above the red line in the playoff race, and the summer transfer window is open.

As much as we look at the opening of a season with bright-eyed optimism, so, too, do the armchair GMs of the world (self included) view the midway point with a stern eye cast towards the past and the future.

In Vancouver’s case, that dual-pronged gaze falls squarely on the tip of the attack in what seems to be a recurring theme year after year: who’s going to score the goals?

Each year, the answer seems to present itself. Each year, said answer either flames out, limps out, walks out or just plain stinks out. The annals of the Whitecaps’ MLS incarnation are littered with strikers who had marginal success despite (or perhaps because of) promises of high production.

It begs the question: are the Whitecaps just a bad team? Have the parts never been truly assembled and successes like the 2015 season should be seen as aberrations, or are the ‘Caps just unlucky?

We could spend hours — days, even — going through every advanced stat and analytical trick in the book. We won’t. Don’t worry.

Instead, we’re going to look at two indicators relevant to Vancouver’s current struggles. First up, PDO.

Those of you who are hockey fans — perhaps you accidentally wandered over here from Daily Hive‘s excellent Canucks coverage, in which case, hello! — may be familiar with PDO.

If not, it boils down to this:

Put another way, it’s a rough shorthand for measuring luck. The theory goes that shooting and save percentages regress to the mean. A hot team will cool off; a cold team will heat up.

Thus, taking those values and seeing how close to 100 (even) you are will give you a snapshot of how the team has been performing up to that point. The higher or lower you go, the luckier or unluckier your team is, generally speaking.

Math skills, activate! This will take into account MLS stats up to and including the July 4th game against the LA Galaxy.

According to this, the ‘Caps are, indeed, unlucky, and not by an insignificant amount.

The rub here is that it’s not the goal-scoring that’s not up to snuff. Heck, 27 goals on the season puts Vancouver just inside the massive pack of teams within three goals of leader FC Dallas (30 goals). The downfall is the defence.

David Ousted has made 65 saves, currently the highest total in MLS. Unfortunately, he’s also had to face a whopping 96(!) shots, far and away the league leader. (Orlando City’s Joe Bendik is the next closest at 86.)

We know the Whitecaps’ defensive stalwartness has been lacking compared to last season. Based on this, it isn’t just lacking; it’s in dire straits. Forget a competent goal-scorer; the ‘Caps need to lock down the back line if they want to start tipping the scales of luck in their favour.

Okay, maybe forgetting a goal-scorer is touch extreme. You can’t defend yourself into first place, since 34 0-0 draws would leave you with 34 points, which is not nearly enough to crack the playoffs.

Someone needs to score goals. The question is, have the Whitecaps been scoring enough already, or are they failing to fill the net? If the latter is true, we return to our initial question: is it because the strikers are bad or unlucky?

Another test is using the metric “expected goals”, or “xG”. The soccer blog American Soccer Analysis has a fantastic library of stats revolving around xG along with a full explanation of their methodology, which I encourage you all to read if you’re a stat nerd like me.

For our purposes, all that matters is that we want to know how many goals Vancouver has been expected to score versus how many they’ve actually scored.

And the survey says…

(Chart is valid up to and including the June 25th match against the Philadelphia Union. Does not include own-goals.)

According to ASA, the Whitecaps are showing signs of a touch of luck on the goal-scoring end, but not in the way you’d expect. They’re nearly bang-on with the expected goals against but have beaten their expected goals for by two.

That’s right; if these numbers are accurate, the ‘Caps are over-producing, not under-producing. Now, stats aren’t perfect and some of these results be skewed by outlier results. Let’s see if we can find one.

Well, that didn’t take long. Looks like that swing can be accounted for by the Whitecaps bucking an expected 3-1 loss against the Union for a 3-2 win.

Still, if that’s all we take away from this exercise, that Vancouver is occasionally doing things they shouldn’t and generally scoring exactly what they deserve, that’s equal parts comforting (“We’re not as bad as we could be!”) and troubling (“Our poor finishing is as expected!”).

Stats are fun. No, really.

Our eyes can easily trick us; numbers, generally speaking, have a tougher go of it. Based on the numbers in front of us, we can answer the “bad or lucky” question thusly:

The Vancouver Whitecaps have been somewhat unlucky, though their average offensive production and sub-par defence could stand to be improved regardless.

Out of curiosity, does anyone have phone numbers for David Edgar and Lucas Cavallini? Just, uh, asking. For a friend. No reason.