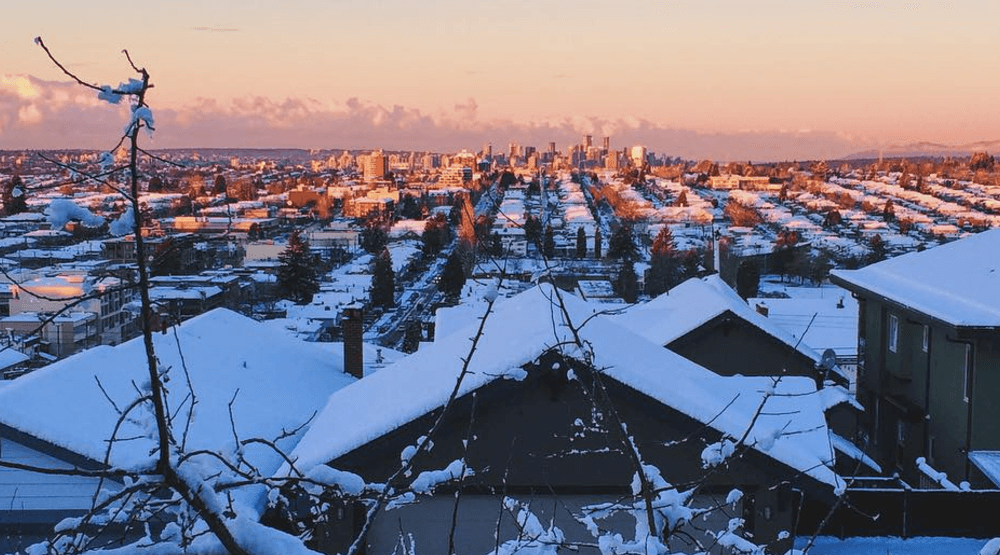 Are you dreaming of a white Christmas in Vancouver?

Unfortunately, it looks like most of Vancouver won’t be seeing any white stuff falling from the sky this December 25.

The sun will be shining on Christmas Day, but it will be chilly, according to Environment Canada’s weather forecast.

Leftover snow will remain in some parts of the Lower Mainland, making for somewhat of a white Christmas.

Higher elevations close to Simon Fraser University will definitely see snow on the ground, according to the Weather Network.

And if you’re spending Christmas in the Interior, snow will be falling.

In order for there to be an official white Christmas, there must be a minimum of 2 cm of snow on the ground.

The Weather Network tells Daily Hive that there is a weather system moving in after Christmas that could bring a mix of snow.

Vancouver has had more snow this year than in previous years. YVR has seen an average of 20 cm of snow this December (the average for this time of year is usually 15 cm).