You wouldn’t think we’d need to put together a guide to help people with walking but lo and behold here we are, VancityBuzz’s very own “Vancouver Walking Etiquette”

Never mind Occupy Wall Street, I’d like to occupy slow walkers/slawkers/slags whatever you want to call them. What I mean by that is when I get stuck behind a really slow person walking down the street, I want to be able to ghost walk up and step on their heels until they figure out to move aside or speed up. Your time has come slow walkers; the world no longer has room for you in the age of iPhones, handheld video games and walkmans.

*If you’re slow because you can’t actually walk fast, then we are sorry. You’re cool.

Dog poop – clean it up 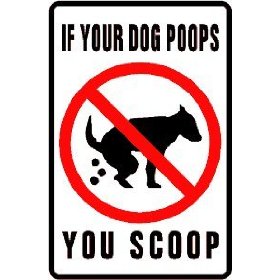 I know it sucks picking up after your dog, especially if you’re lazy and maybe haven’t taken him out for a long time – it can get pretty nasty. Well that’s your own fault; some of us choose to have cats as pets so they can look after themselves and pose to take cute pictures that we can post on Instagram. The last thing we need is to be walking down a street and step in to a steaming pile of dog poop. Use a little baggie, bend down and clean it up, what you do with it from that point is your own business. Some suggestions however:

We’ve covered this previously in the “Umbrella Etiquette” but I figure we can expand on it a bit. It’s already annoying walking around when it’s raining, but to push us over the edge is watching someone with an umbrella walk under a covered street, CLOSE YOUR UMBRELLA. If an awning is already keeping you dry, your umbrella is useless, put it away or I will put it away for you. Then there’s the people who walk with their umbrella but point it down so they can’t see in front of them. Guess what? If you can’t see us, we can’t see you, so the next time you feel it’s more important to admire your own shoes than watch where you’re going in them, prepare get a face full of your own umbrella.

Keep your head up, kid

This is important, just like in hockey if you don’t have your head up you’re gonna get nailed. I am officially making it OK for anyone who sees someone walking down the street with their head down to: clobber them, Bertuzzi them or just go for a straight head shot. Hey, if you tell Colin Campbell you didn’t mean to target the head, you won’t even get a suspension.

PS. Parents who have kids who wear those roller shoes, the next time your kid comes flying towards me not watching where they’re going, expect a clothesline.

Well first of all you shouldn’t smoke anyways cause it’s disgusting and could kill you, but more importantly you shouldn’t smoke and blow it in everyone’s face around you. If you absolutely feel the need to smoke a tar filled stick while making your way down to buy the new Nickelback album, please blow your smoke upwards. To quote Chief Wiggum from the Simpsons, “Dig up, stupid!” but in this case, “blow up, stupid” (not literally) but so the rest of us don’t have to walk directly through your cloud of smoke, please blow up and save all of us some fresh air.

You wouldn’t be driving down the highway and suddenly stop without notice, so why do it in the middle of a busy sidewalk? Some weekends on Robson, I’ve seen pile ups from sudden stoppers so large they’d make the folks on Davie Street blush. This might sound like us wanting everyone to walk in unison while single file (well I kinda do) but honestly, if you’re about to stop to look at something, take a quick look around and make sure you’re not about to get rear ended.

To be serious for a moment. Unfortunately, we live in a city with a large homeless population, and likely if you’re reading this you’re probably a little better off than most of those down on East Hastings. So when you walk by someone asking for change, if you are able to afford it go for it. If not, at least make eye contact, smile and acknowledge that they exist. Most of them are probably more grateful than you think.

No one likes spitters

While you’re trotting down a sidewalk in Vancouver, especially a busy one, the last thing you want to do is spit. It’s gross, disgusting and a terrible habit, and you could hit someone with it. Yuck. Just don’t do it.

Walking is fun so enjoy it, and if we follow these simple rules there’s no reason anyone should ever have to bludgeon someone else on the side of the street ‘cause they were spitting, smoking or slow walking ever again. Since smiling is contagious, try spreading some around the city while you’re on your walks. Spread the love, Vancouver!

The following was written by Ryan aka @MPAH. The man is a genius.