To the inhabitants of Vancouver this comes as no surprise as we are constantly voted in the top ten in terms of liveability. Last week the guys at Askmen.com (one of our favourite sites btw) tipped us off that Vancouver has placed in the top 29. Which place you ask? That is yet to be revealed, it will be revealed on March 31st. Our hunch is that we are rated somewhere in the top 15.

a comprehensive roundup of the year’s most inhabitable cities for the everyday man. The 2009 edition of the Top 29 marks the first of what we anticipate will become a popular annual mainstay on the site, and we’re very excited for the big reveal! Seven unique guy-centric rating categories were used in helping to determine the final Top 29 rankings – each of which are outlined in detail at the end of this e-mail for reference purposes.

The Rankings were based on the following 7 categories: 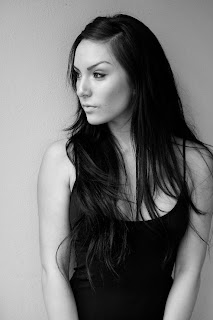 The women in this city are simply beautiful, although perceived to be snobbish by some individuals, UD would say otherwise. I think the men are just afraid to approach the beauties that inhabit this town.

We got the MLS now, CFL and of course the NHL. Lets bring back the Grizz and we’re solid. As for a lifetime event um…Olympics anyone. Bars are open later on the weekend so that should help. I think we take for granted how good our nightlife is and it’s only getting better.

In terms of restaurants we are truly world class and by the best in Canada and top 5 in North America.

Fashion is going on this week and we have Harry Rosen and soon to be Brooks Brothers.

We got most cities beat on this hands down.

Our hippie roots will drag us down as well as the exhorbitant cost of living.