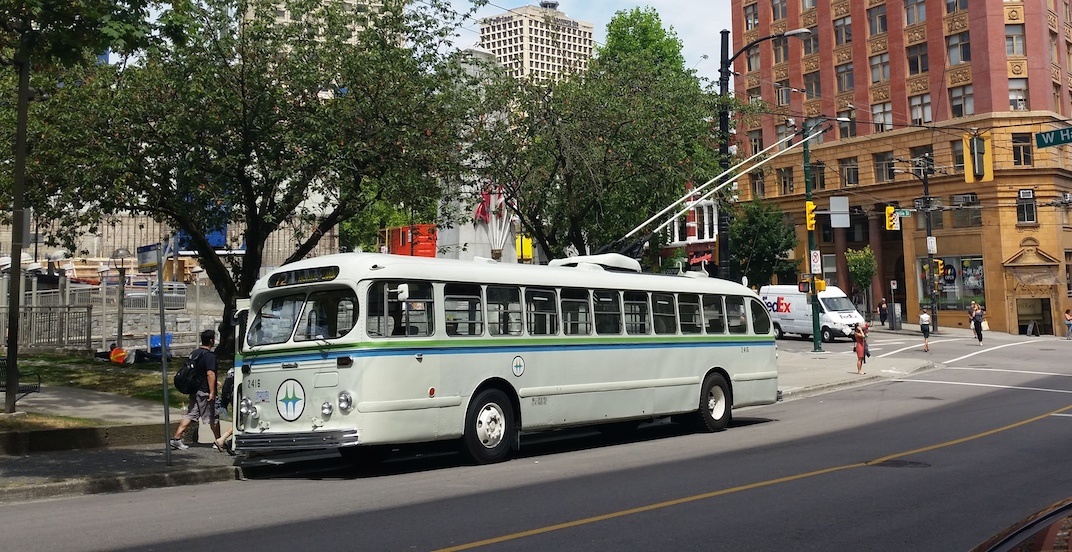 To celebrate the 70th anniversary of Vancouver’s trolleybus network, TransLink will be offering free rides one of the transit system’s oldest remaining and operable trolleybuses.

The 1954-built Canadian Car Bill T-48A trolley bus will be roaming the streets of the city for three days this week starting Thursday. All rides depart from downtown Vancouver.

This specific bus was restored years ago, and its exterior livery is still authentic: It has the BC Hydro logo, as the province’s electric utility was in charge of operating these electric buses decades ago.

Vancouver’s first trolleybuses entered service on August 16, 1948, as part of the plan to decommission the streetcar network and replace it with trolleybuses.

Beyond this week, the Transit Society Museum of Vancouver will also be operating the bus in the city streets on a few select dates, but these rides will not be free.