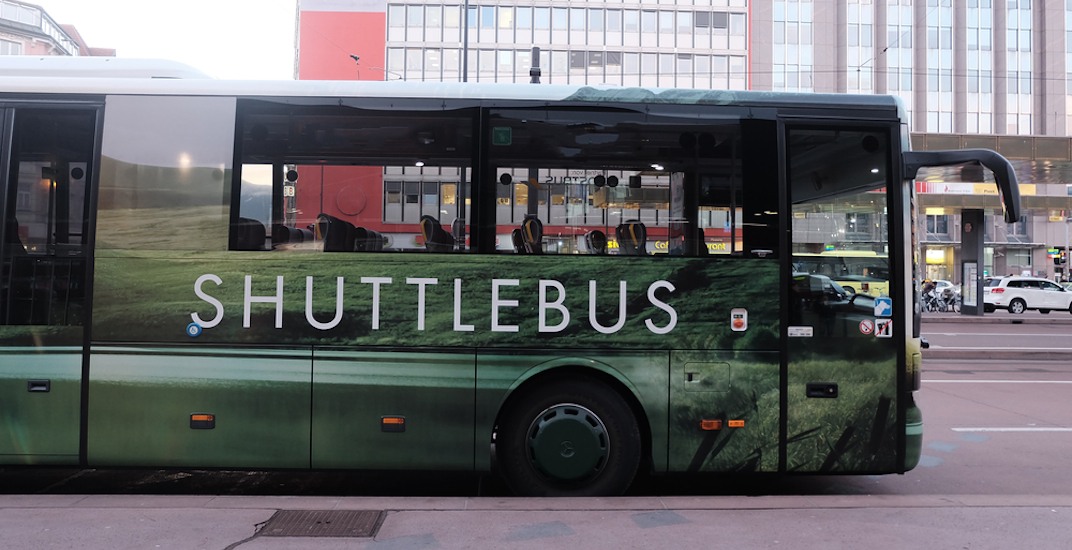 Three seasonal trolley and shuttle services for Port Moody and White Rock were approved by TransLink’s board of directors during a meeting last week.

All of these services, funded by their respective municipal governments, will be free to all passengers and connect to existing TransLink services. The branding of the bus-vehicles will be distinct from regular public transit.

The City of Port Moody will launch a pilot project this summer to provide free transit service between Inlet Centre Station, Rocky Point Park, and Moody Centre Station. It will operate on weekends in June and August to help address traffic congestion and parking issues during the busy summer season.

The service will run a fixed eight-km-long looping route from 4 pm and midnight on Fridays and between 2 pm and midnight on Saturdays and Sundays. Depending on seasonal traffic congestion, the route will could take between 15 and 30 minutes to complete.

The route of the free trolley service in Port Moody in 2018. (TransLink)

“Traffic congestion is heavy during the busy summer season, with demand for parking frequently exceeding capacity – especially on Sundays during the summer concert series held at Rocky Point Park,” reads a report.

“By providing a free connection between the Millennium Line and nearby parking facilities, the City hopes to reduce the number of cars within the corridor, mitigating the negative impacts of the areas increasing popularity on local businesses and improving pedestrian and cycling conditions.”

The bus-vehicle will either be a rubber-tire diesel trolley bus or a more conventional shuttle bus, like TransLink’s community shuttles.

A schedule for the service will be released at a later date.

As for White Rock, there will be two separate free transit services in operation this summer, with one route operating as a shuttle along the waterfront and a second route connecting shopping, recreation, and entertainment areas in the municipality.

The Waterfront Shuttle will travel on a two-km-long route along Marine Drive between Parker Street and Anderson Street. The service will begin running daily this month to September 30 during the afternoon and evening hours. It will make three complete trips every hour using a to-be-determined vehicle with a minimum capacity of 20 passengers.

The route of the free Waterfront Shuttle service in White Rock. (TransLink)

The White Rock Trolley, which also operated in 2014 and 2017, will run on weekends, holidays, and select Thursday evenings (coinciding with White Rock’s outdoor concert series) from May 19 until September 3. It will operate on an hourly service on these days from 11:30 am to 8:30 pm,.

The same diesel vehicle with a capacity of 34 passengers used last year will be used for this season’s operations. 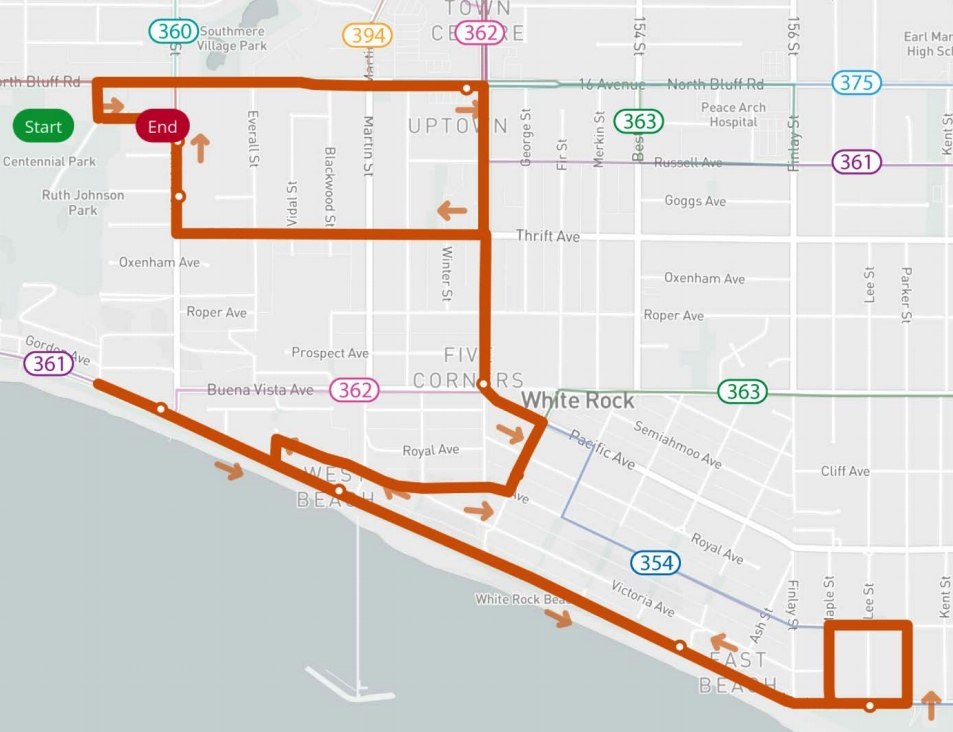 The route of the free trolley service in White Rock. (TransLink)