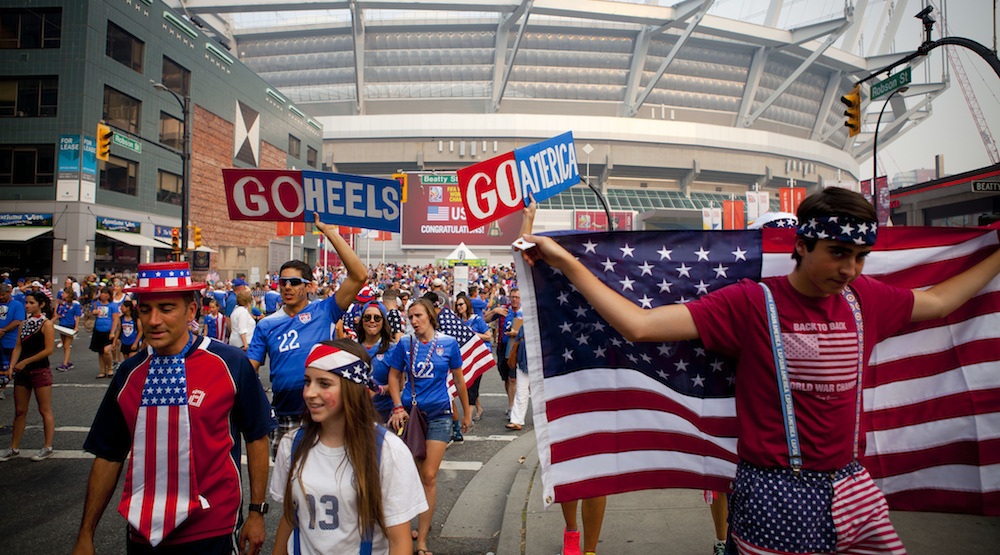 New data suggests that Metro Vancouver has the world’s largest population of American citizens living outside of the United States, according to a report recently released by the US government.

The report by the Federal Voting Assistance Program (FVAP) estimates that Canada’s third largest urban region is home to 183,155 eligible US voters, more than any other international city outside of the United States.

This means there are more people in Metro Vancouver than in Vancouver, Washington, a city with a population of 161,791, that can cast their ballot for Donald Trump or Hillary Clinton in the divisive November 8 election. In fact, the number of eligible US voters in Metro Vancouver would make it the fourth most populated city in Washington State, exceeded by only Seattle, Spokane, and Tacoma.

Three other Canadian cities made the top 10 list of international cities: Toronto comes in at third largest with 78,371, Montreal is fifth with 44,597, and Quebec City is seventh with 37,002.

Vancouver’s voting rate was just 2% in the 2014 election, just a tiny fraction of the 54% that was expected. The voting rate in Toronto was slightly higher at 5%, but it still sharply contrasted with the expected rate of 58%.