In case you missed out on Unbuckled 2015 or you just wanna relive some of the fun, Unbuckled has gone ahead and thrown together this list of their favourite photos from the day.

If you did miss the event, don’t stress; planning for Unbuckled 2016 is already underway, so you’ll be able to be a part of Vancouver’s ultimate backyard BBQ next summer. Until then, here’s a sneak peek at what attendees got up to:

Unbuckled held the biggest hoedown Vancouver has ever seen 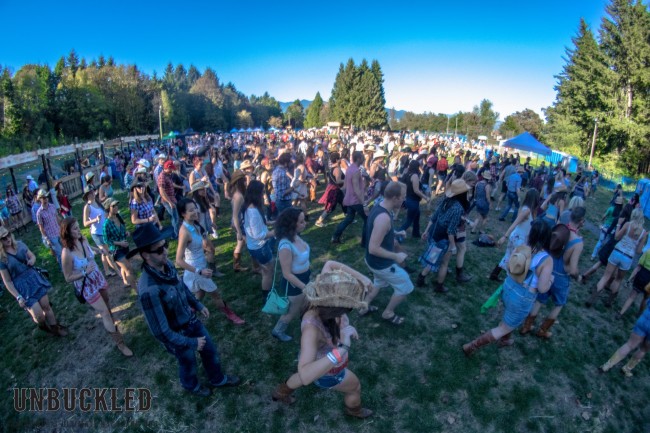 Hundreds of competitors danced it off at The Last Man Dancing; 15-minutes of continuous line dancing where everyone got taught a bunch of moves by an instructor and had to repeat to them to a soundtrack that was continuously sped up.

They sent hillbillies hustling as soon as they could 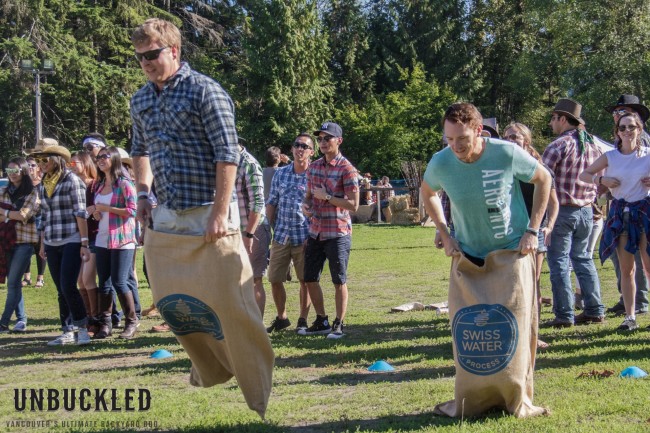 Unbuckled teams competed in a combination of potato sack races, five-legged races, wheelbarrow races, and egg on a spoon races to test their speed, skill, and teamwork for a chance to get their hands on the limited-edition Unbuckled Championship Belt Buckles.

Strength was tested at the chain gang 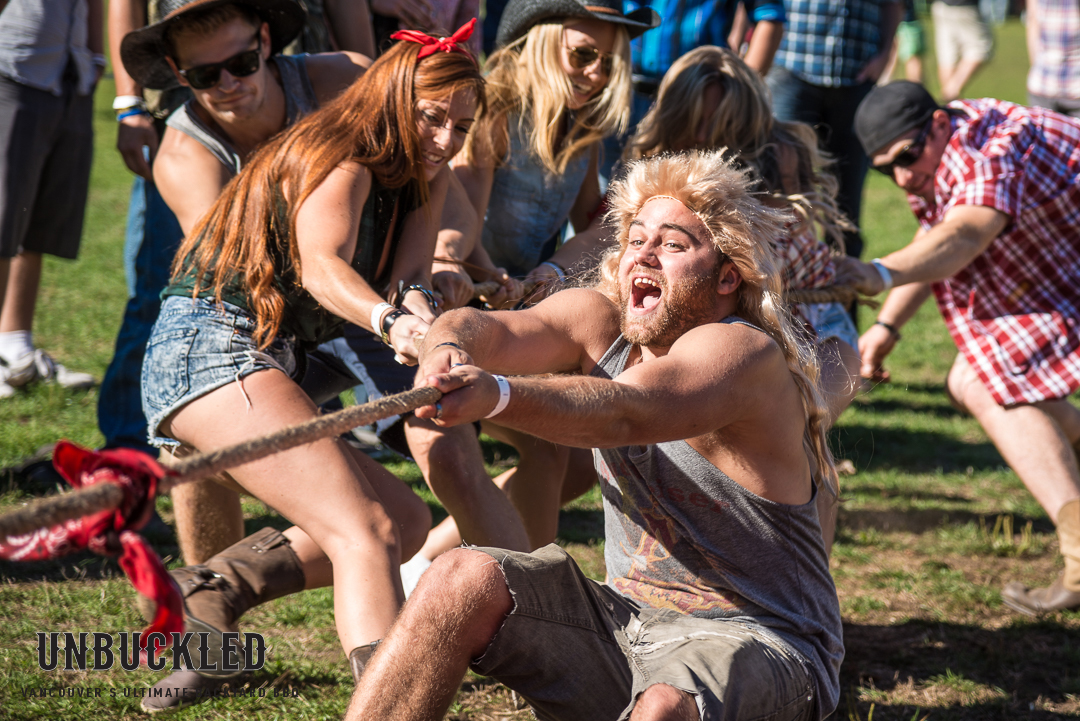 Teams competed in a traditional tug o’ war game of strength and chicanery as part of the Unbuckled Team Tournaments.

The sharpest shooter was sought out 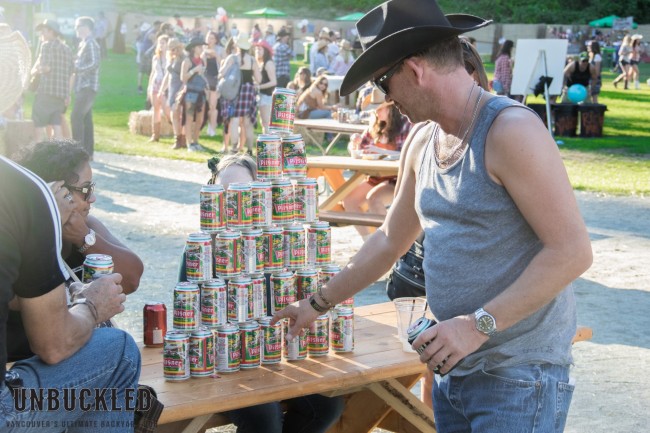 An old west shoot out was held to see who could hit the most consecutive targets and claim the title of the sharpest shot this side of the Appalachians. 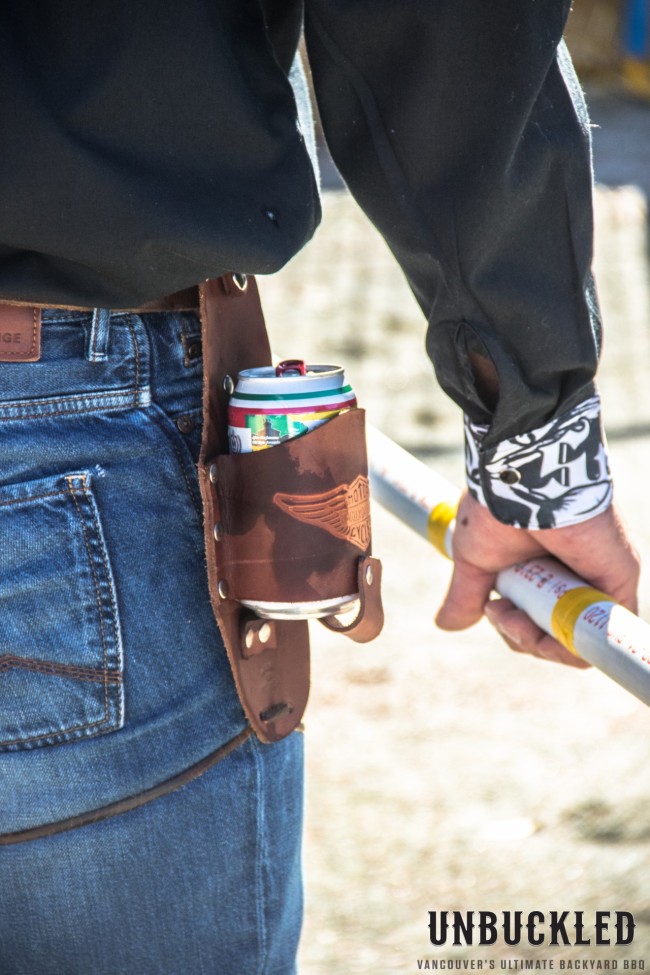 Armed to the teeth with Canadian Old-Style Pilsner, this cowboy drew faster than you can say “that ain’t no gun in your holster.”

They found her too 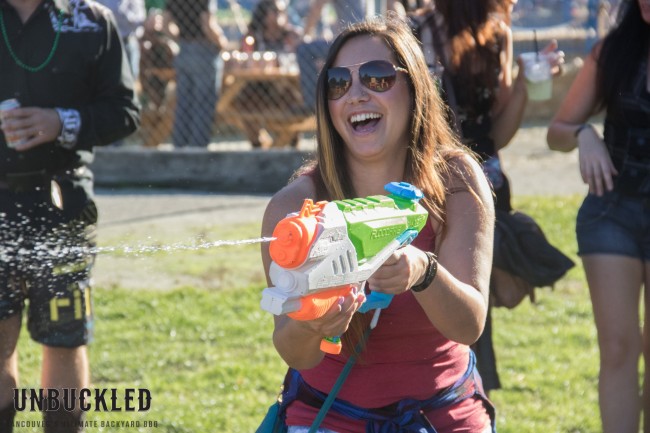 Spotted in plain daylight outside the saloon, this young cowpoke came prepared for a full day o’ duelin’. 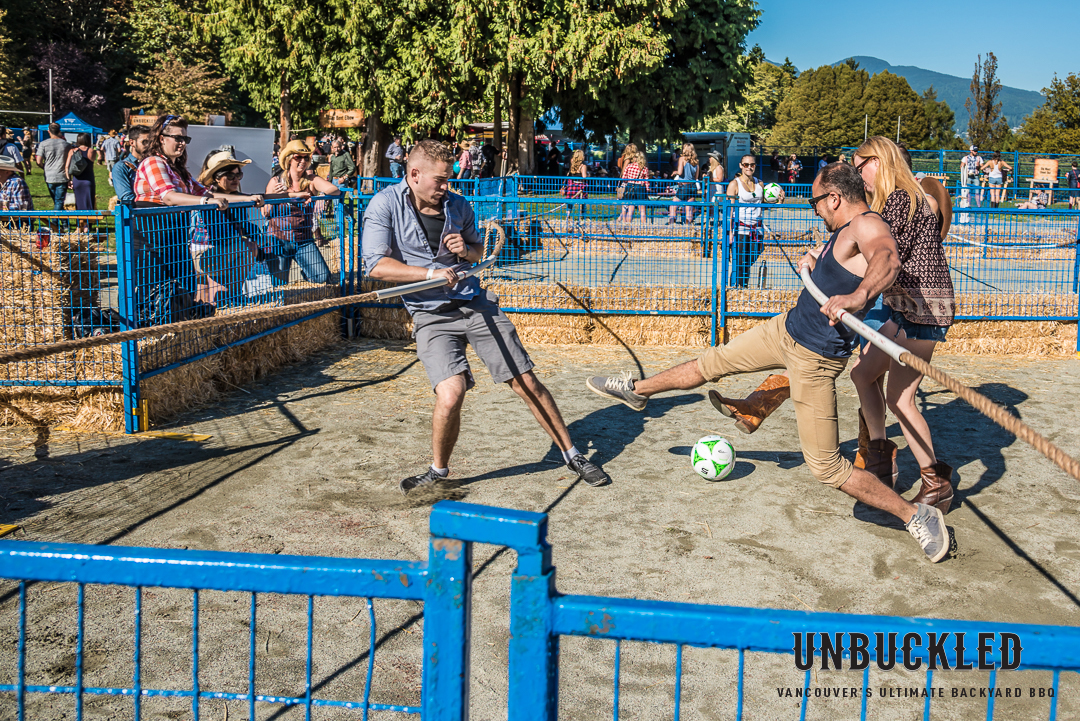 Unbuckled teams jumped inside the hay bale perimeter for the wildest game of human foosball Vancouver has ever witnessed!

They marked their frontiers 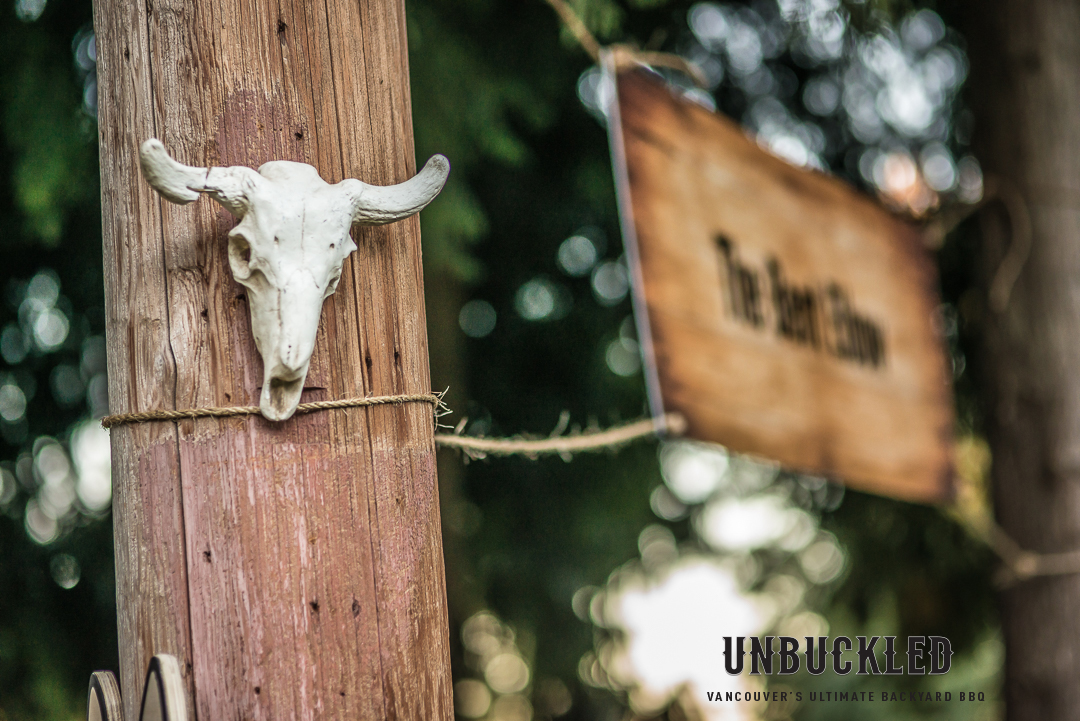 For an entire day, Stanley Park in the heart of downtown Vancouver got completely countrified and dixie-fried to welcome the host the city’s first-ever fully immersive backyard BBQ.

They made a splash, both literally 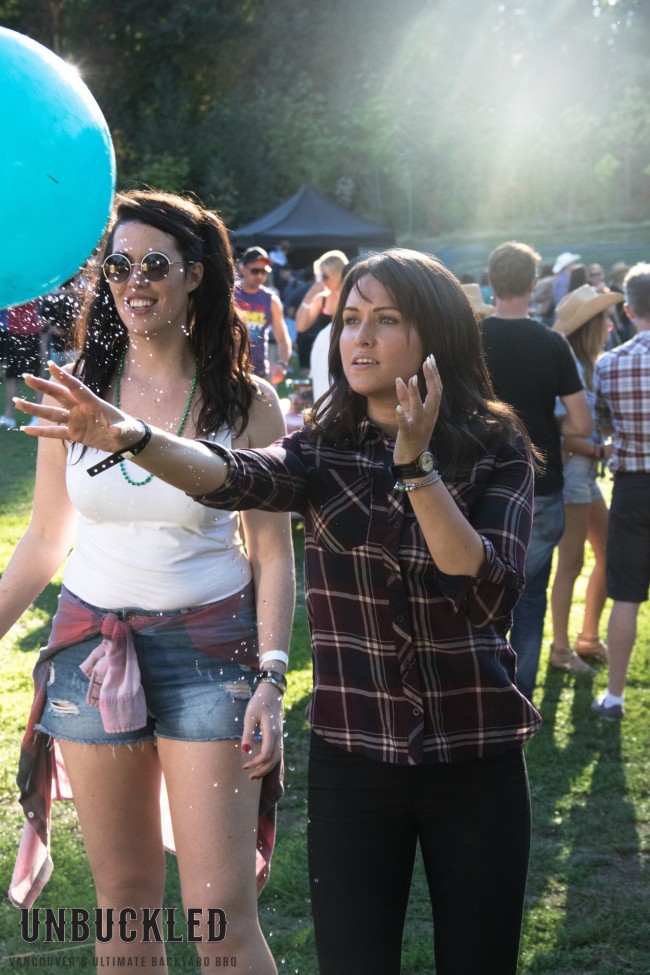 At the Tarnation Toss, teams of two faced off to see who could toss their water balloon the furthest without it breaking. 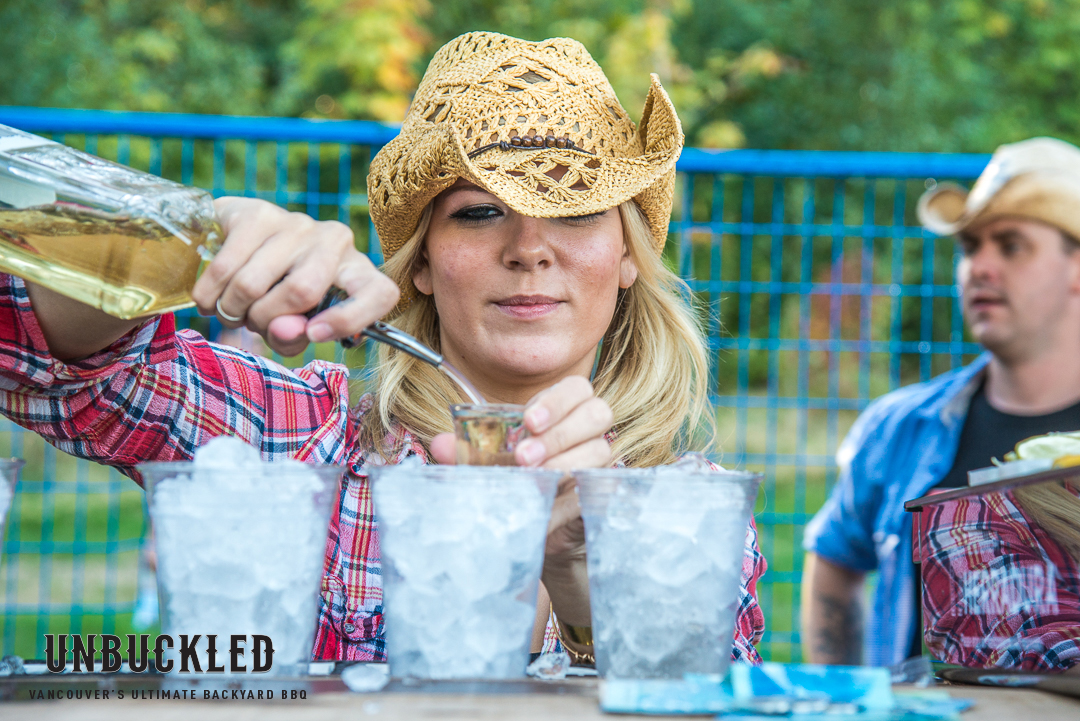 At Tippler’s Saloon, attendees cooled down with true southern style cocktails and drinks.

The kings of the rodeo were crowned 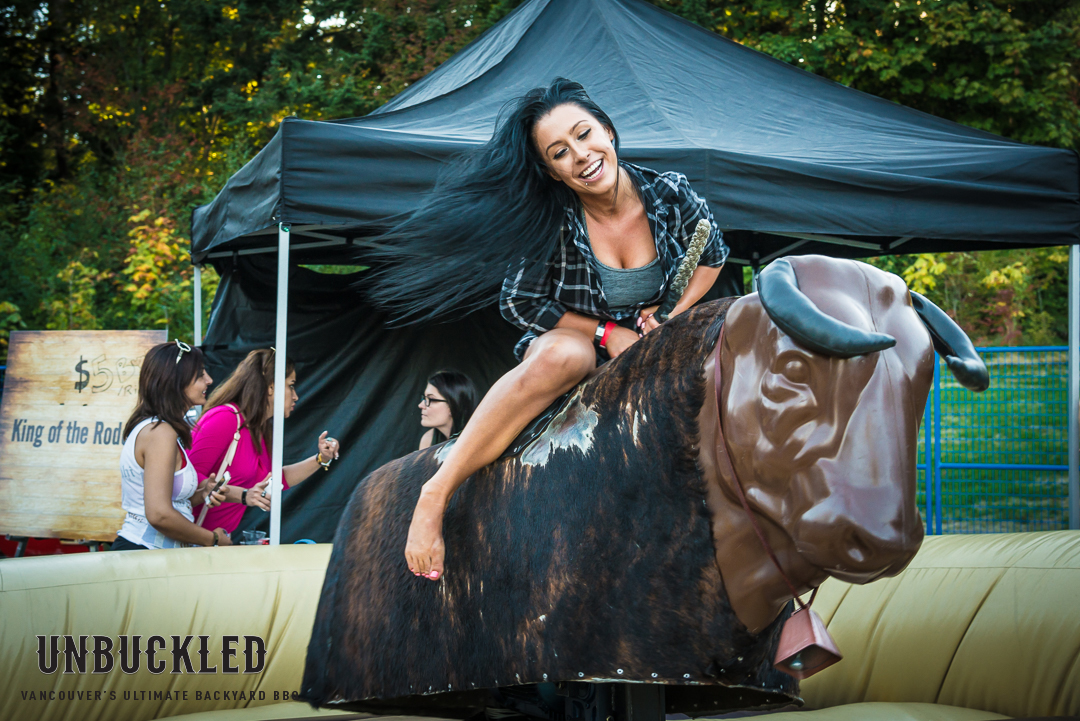 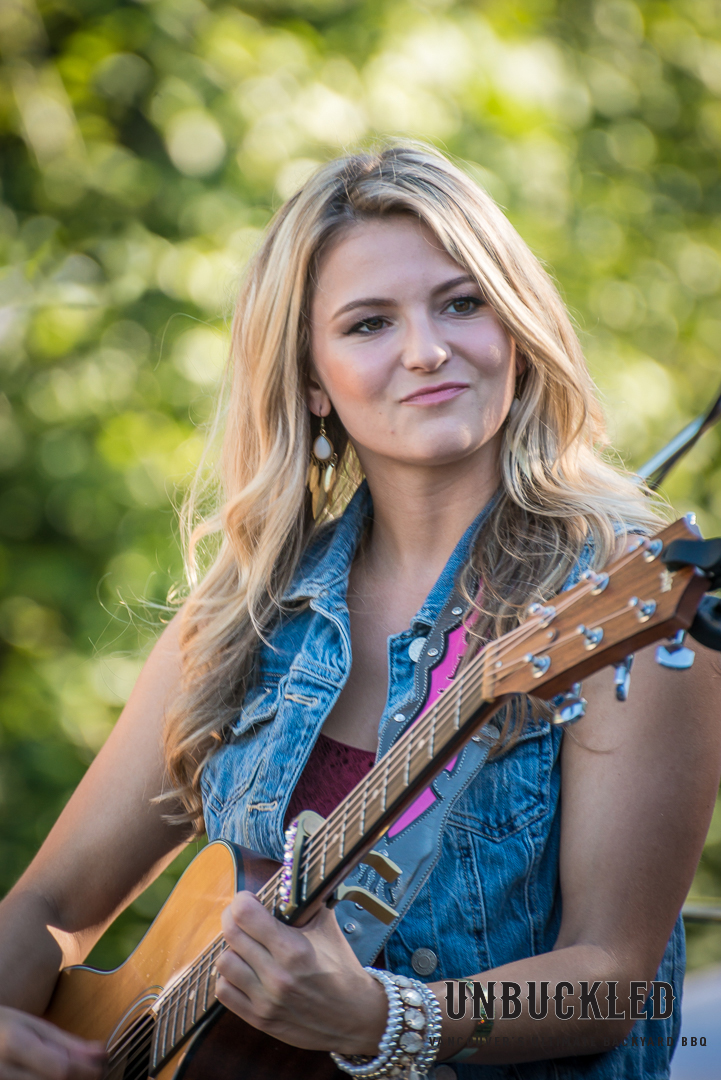 The soundtrack for this grand ol’ Saturday in the park was provided by Robyn and Ryleigh, The Tishomingo String Band, The Matinee, and Locked and Loaded. 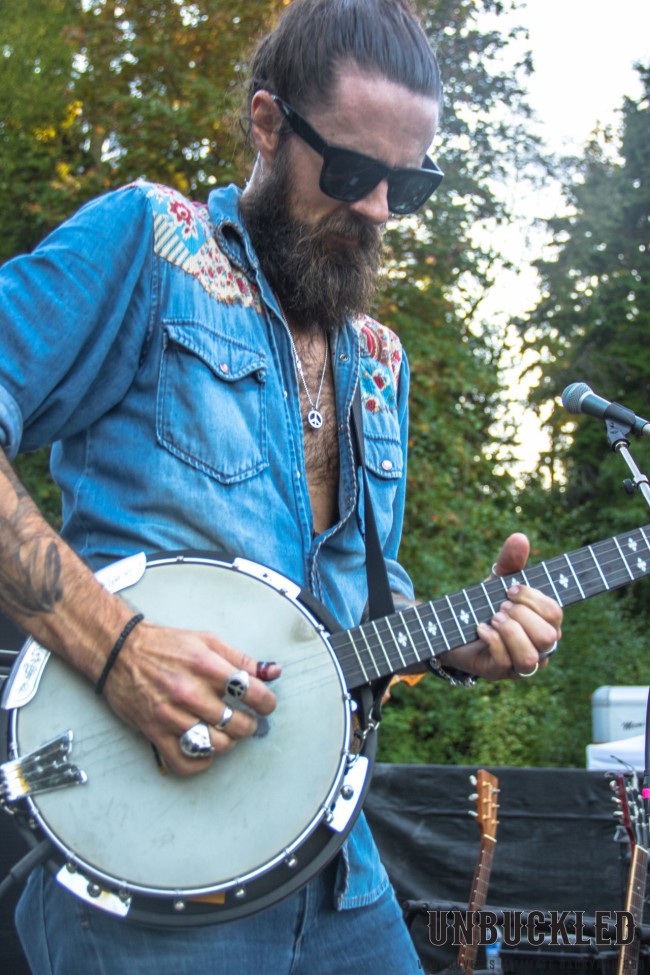 The Tishomingo String Band tore it up live on stage.

Plus, there was plenty of Southern Grub 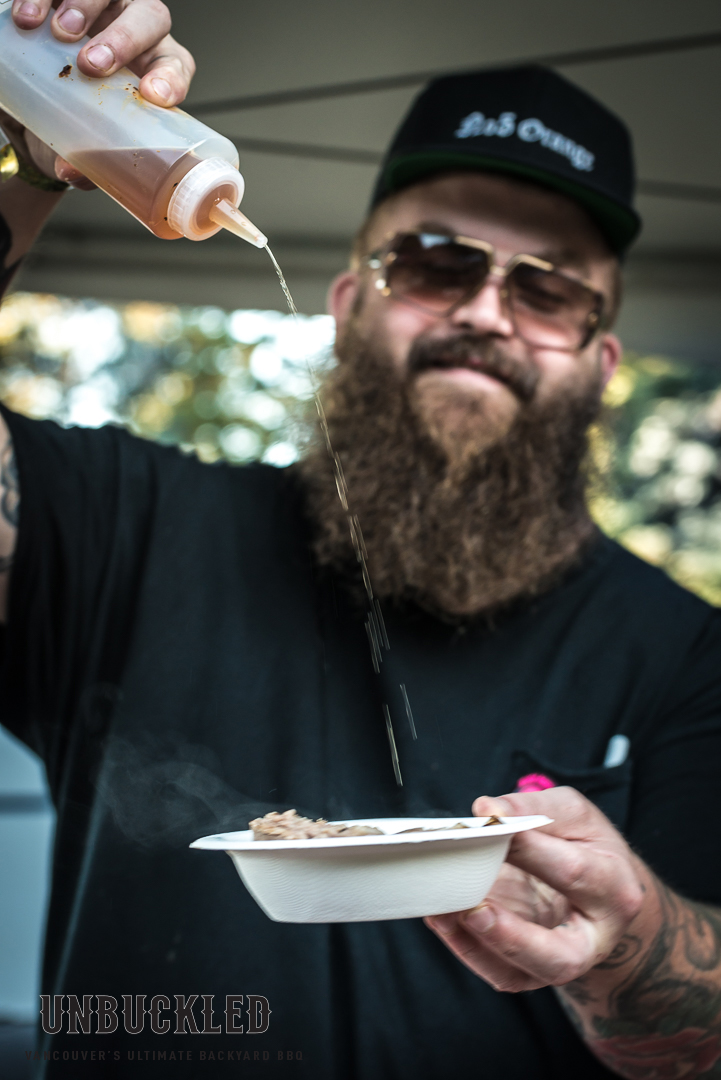 Hold on to your horses and stay tuned for more info on Unbuckled 2016. For the full photo gallery from the day, click here.

Vancity Buzz was a proud media sponsor of Unbuckled 2015.