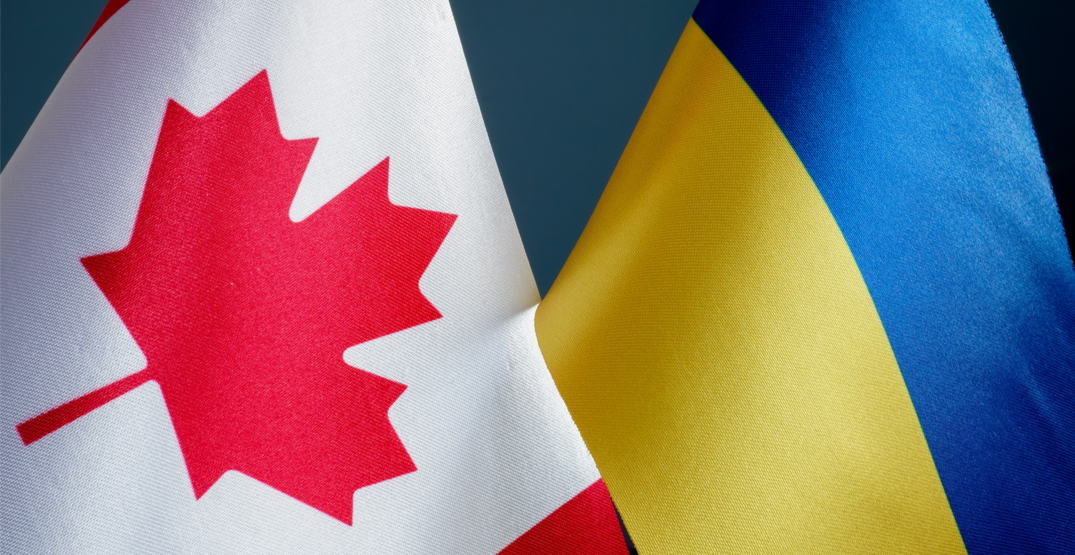 Canadians have been vocal about their support for Ukraine during the Russian invasion. Here in Vancouver, as support surges, so has the demand for Ukrainian flags.

“We do not have any Ukrainian flags available at the moment; we’ve sold out very quickly of every new batch we’ve managed to get in,” Barenberg told Daily Hive.

“We’ve sold out of pretty much everything we have that has the Ukrainian flag – flags, pins, decals, all of it.”

“We’ve even run out of the yellow and blue fabric we’d normally use to sew new Ukrainian flags,” he said.

Please note that our Vancouver store is currently SOLD OUT of Ukraine flags. We expect more at the end of the week.

They are expecting more flags and fabric next week, trying to get more in as soon as possible to meet demand.

They’re also introducing new “Stand with Ukraine” buttons they hope to have available for customers next week.

“Demand has jumped considerably since the invasion began,” said Barenberg. “Normally, we don’t maintain a particularly large stock of Ukrainian products; as you might imagine, there isn’t a huge demand for them day-to-day,” he said.

“This changed abruptly when Russia invaded – since then, they’re flying off the shelves.”

In Vancouver, an anti-war rally was a sea of yellow and blue flags as locals came out to show support for Ukraine.

Now, it might take a while for everyone who wants a Ukrainian flag to get one.