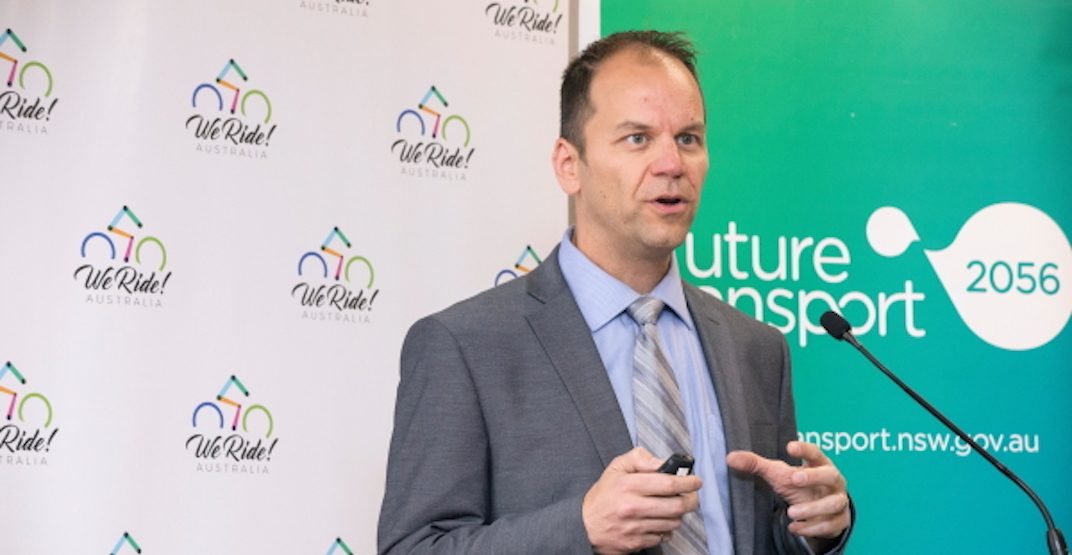 One of Vancouver’s leading proponents of active transportation — travel by cycling, walking, and public transit — was injured while riding his bike earlier today.

In a series of tweets, City of Vancouver transportation planning manager Dale Bracewell says an aggressive driver knocked him over in downtown Vancouver while he was biking to work.

According to Bracewell, the car that knocked him over left the scene of the accident without stopping and acknowledging the incident.

“Today this was so real as an aggressive driver knocked me over while I was biking to work,” he wrote. “I’m in the hospital right now. Getting X-rays. I still am in shock that a driver did something like this. Thanks to all who cared for me after the car knocked me over.”

Bracewell was sent to St. Paul’s Hospital for injuries that include bruises, scrapes, and a fractured elbow, which will require surgery as soon as possible.

“This was a hit and run. I’m still in shock that a driver would swerve their metal box so quickly from their lane (middle one on West Georgia) enough to knock me over when I’m taking up the curb lane. So thankful to the car behind me didn’t run me over right after,” he continued, adding that “a car driver chose to abuse their privilege and chose a harmful action rather than respect an equal driver — me on my bike.”

“A kind witness ran towards the car all the way to Thurlow. We had hoped they turned and stopped to give contact info but alas chose to ignore the fallen hurt person they had just hit (and observed)… So sad they slowed down enough to know they hit me but still drove away.”

“Some drivers still haven’t accepted we are all welcome to share our streets – including people on bikes,” he added.

There has been an outpouring of support over Twitter since his first tweet over the incident this morning.