Red-painted curb lanes at the bus stops at the intersection of West Broadway and Cambie Street have been turning some heads for a few days now.

As it turns out, just like in other cities, this new red zone fixture for Vancouver’s streets is intended to remind drivers that they cannot stop their cars in bus zones.

According to the City of Vancouver, this is a pilot project with TransLink, with the first red zone installed at the intersection’s bus stops for the 99 B-Line, and No. 9 and No. 17 trolleys.

Cars stopping in bus stops are problematic, as it can slow down buses carrying hundreds of people.

If the red zones are proven to be effective, they will be painted at other locations in the future. 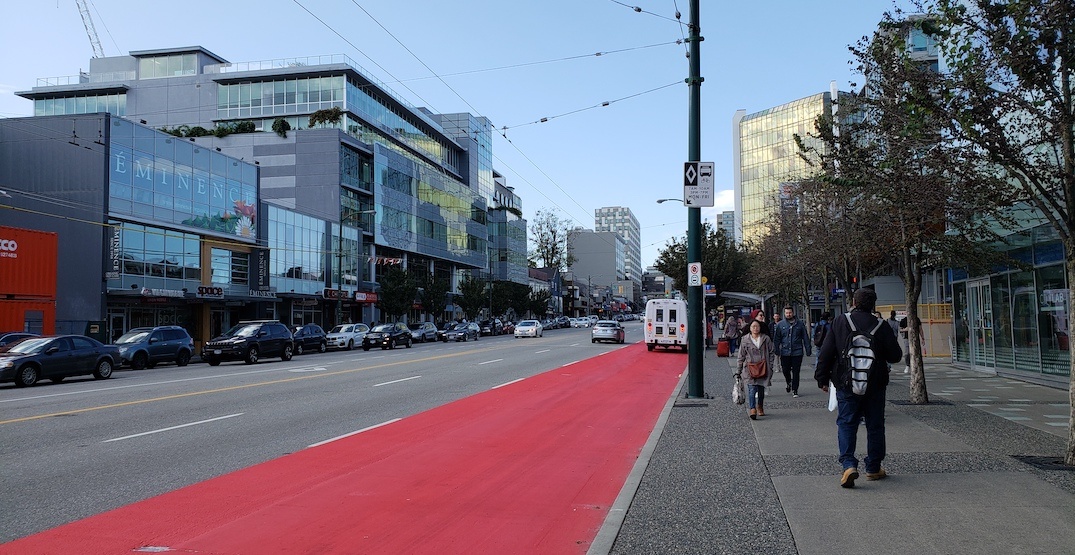