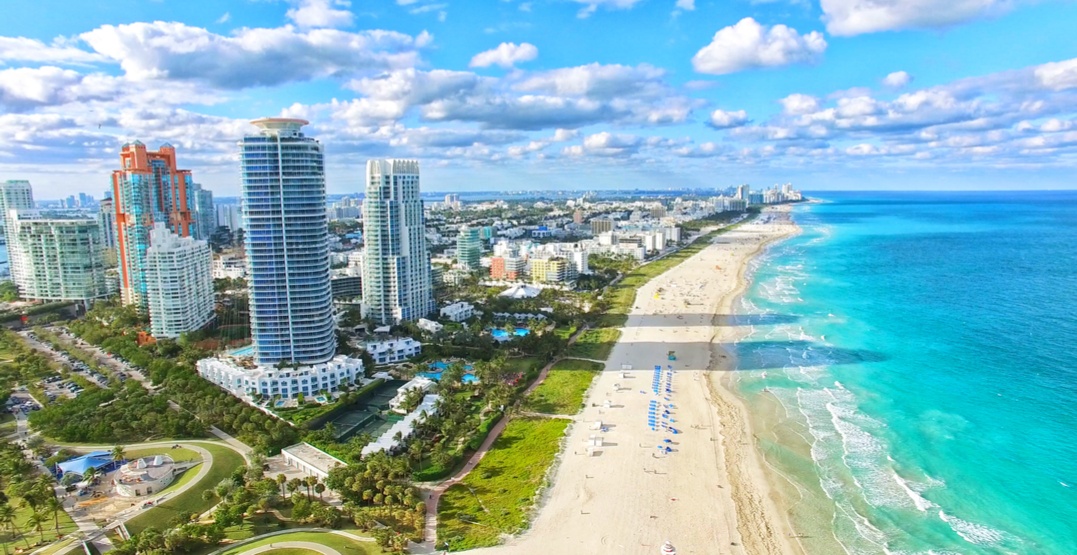 If the rain has got you down and you’re looking to plan your 2020 escape, now may just be the perfect time — with new flights from United Airlines to Miami.

According to YVR Deals, flights from Vancouver to Miami, Florida, are available for around $203 CAD roundtrip. Google Flights has the same trips listed at $960 and even $1,300 in December, so it’s quite the steal.

Although some of the cheap flights have two stops each way, a few flights have been made available that have only one.

2. Search for a flight from Vancouver (YVR) to Miami (MIA)

Try one of the following date combinations: 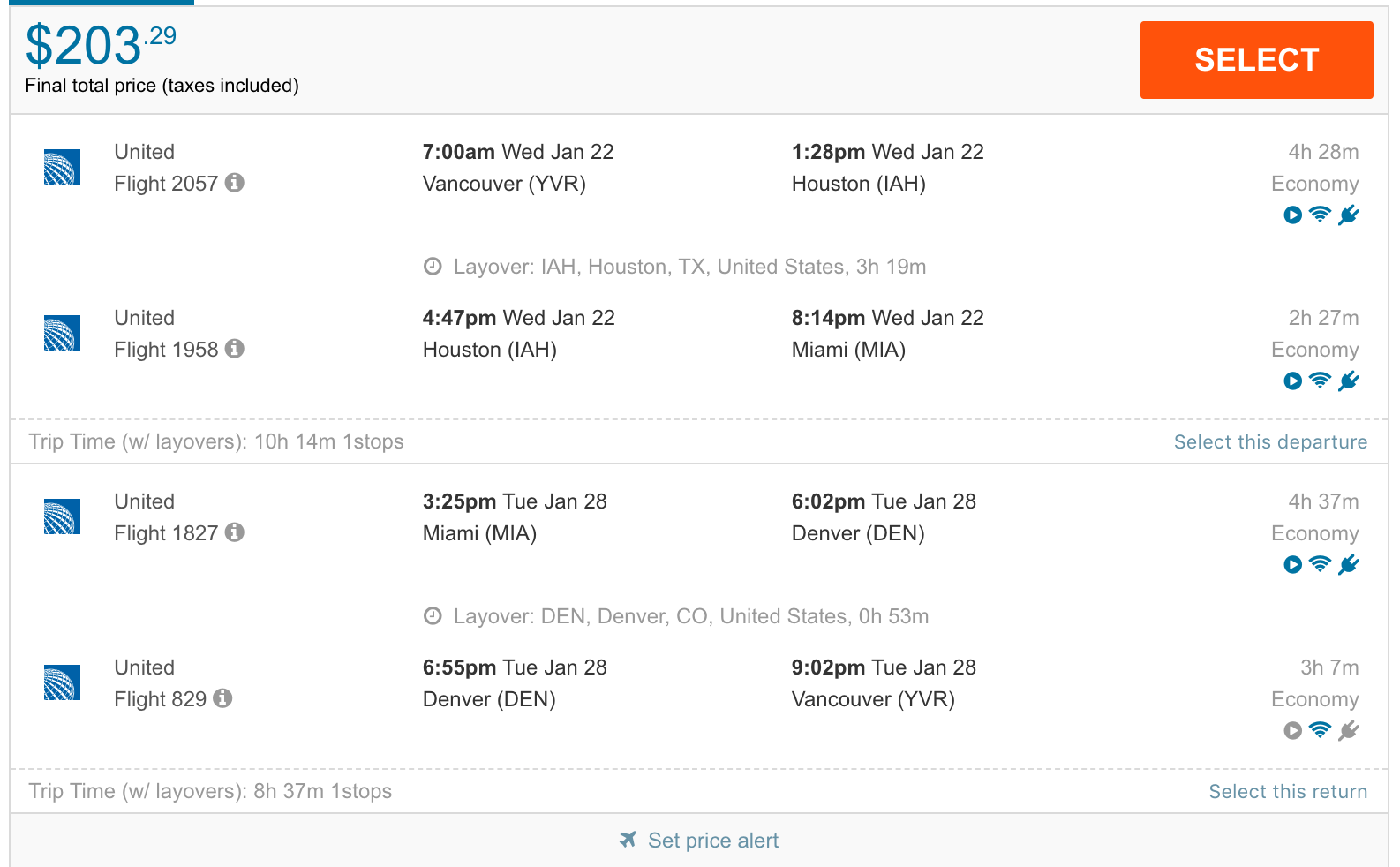 In addition, according to YVR Deals, United Airlines is also showing a few flights from Vancouver to Charlotte, North Carolina and Philadelphia, Pennsylvania for between $199 and $222 roundtrip, a price that is hardly ever seen for flights to the Eastern US.

The availability for travel varies by destination, but generally go from January, February, April, May, late August, October of next year.

To book these flights, go to Google Flights, and look for the following prices:

For Charlotte, look for dates that $214 to $239 roundtrip, with dates in February, March or April, or August, September or October.

For Dallas, look for the dates that are $229 roundtrip, try a departure date in January, April, August or October.

For Philadelphia, look for the dates that are $230 roundtrip, and try a departure date in January.

For more information on how to book these deals, visit YVR Deals.