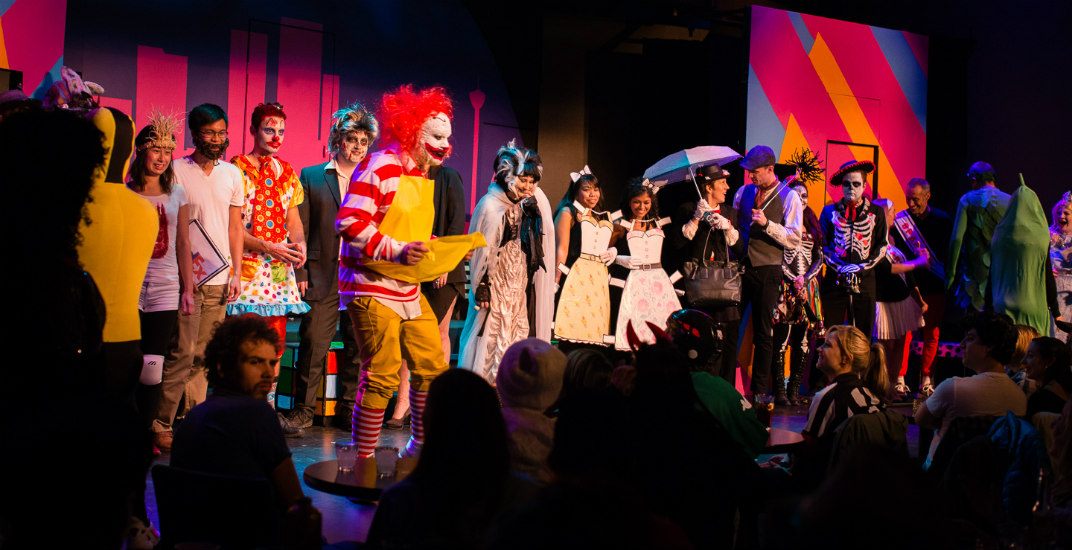 Deep in Granville Island late at night, you might get lucky and behold an eerie sight…the actors from VTSL shall rise – and improvise.

That’s why Vancouver TheatreSports™ (VTSL) invites you to join them for a night of spooktacular sights and ghoulish (theatre) games at their Halloween Monster Match on Saturday, October 28. 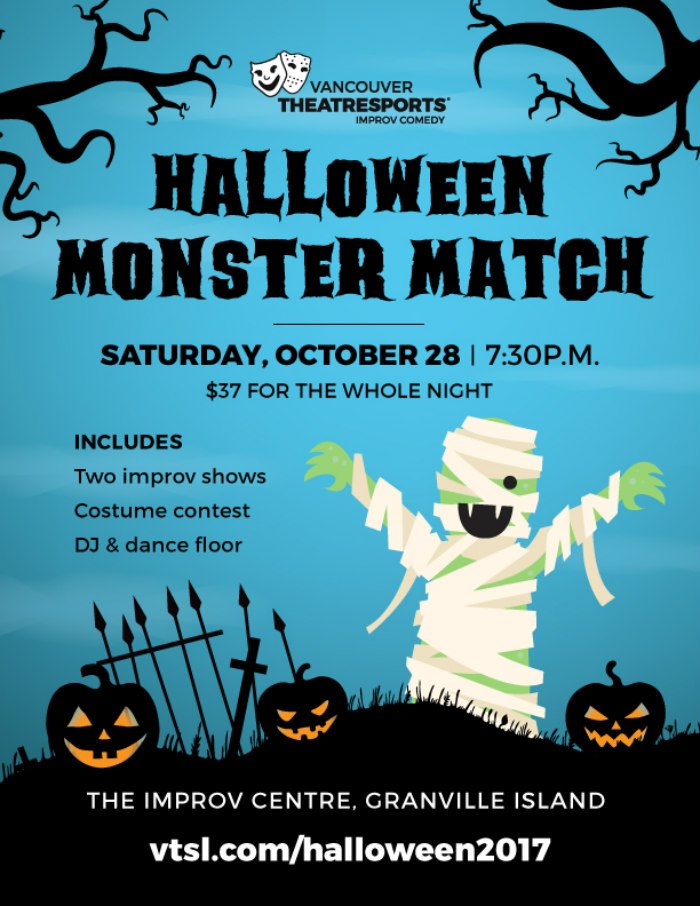 You’ll get to enter the wicked world of the Improv Centre on Granville Island, where you’ll be treated (or tricked) to two onstage matches featuring creepy characters.

Peer into the future with Madame Improvo’s palm reading, or shriek at the sight of the long dead poet – Edgar Allen Poe as he tells tantalizing tales. Feeling jumpy? Then dance until your bones shake to blood curling DJ beats at the Danse Macabre.

Among the living attendees, you’ll find the Denizens of the Dead (roving performers) wandering around, casting spontaneous spells of laughter. And if you haven’t turned into a frightful fiend by the end of the night, there will be potions and poisons to sip on in the Neil Macrae Bar – please note VTSL is not responsible for any transformations or curses that may occur after midnight.

Are you a creative creature? Disguise yourself and join the Costume Parade at the end of the night, the audience will vote for the best costume and the winner will be cursed with an invitation to every VTSL opening for a year. 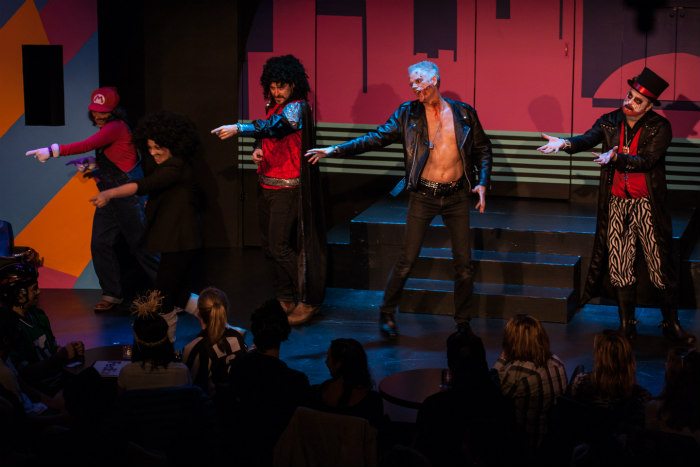 You can expect only the unexpected because all VTSL shows take audience suggestions to create a unique, on-the-spot, show. So prepare yourself for an evening of horrifying ha-ha’s and gut-wrenching giggles as you’re dragged into this match against monsters.

Doors open at 7:30 pm, with the first match starting at 8:15 pm. Tickets cost $37 each via VTSL and include admission to both shows, dancing, the costume parade, and other treats.

VTSL has conjured up a contest, giving away two free tickets to Monster Match. Enter the contest below (if you dare) to get your hands on some wicked winnings.

To enter to win two tickets to see Halloween Monster Match on October 28, do at least one of the following:

2. Leave a comment below telling us why you want to go to see the show (1 entry)

Contest entries will be accepted from the time and date of publishing until 11:59 pm on October 17, 2017. One winner will be chosen at random and contacted through the platform they used to enter.

For more information and to see showtimes, visit VTSL.