Now that the holidays are over, people across Vancouver are getting ready to battle the winter doldrums. The weather is colder, it’s dark and you’ve received your credit card bill for the previous month’s excesses. In short, life is one big BLAH.

Enter Vancouver TheatreSports™ League (VTSL) with the perfect remedy: its 28th annual improv festival and competition, The Massacre, which hits The Improv Centre stage from January 27 through February 14, and promises to banish the blahs with loads of laughs. 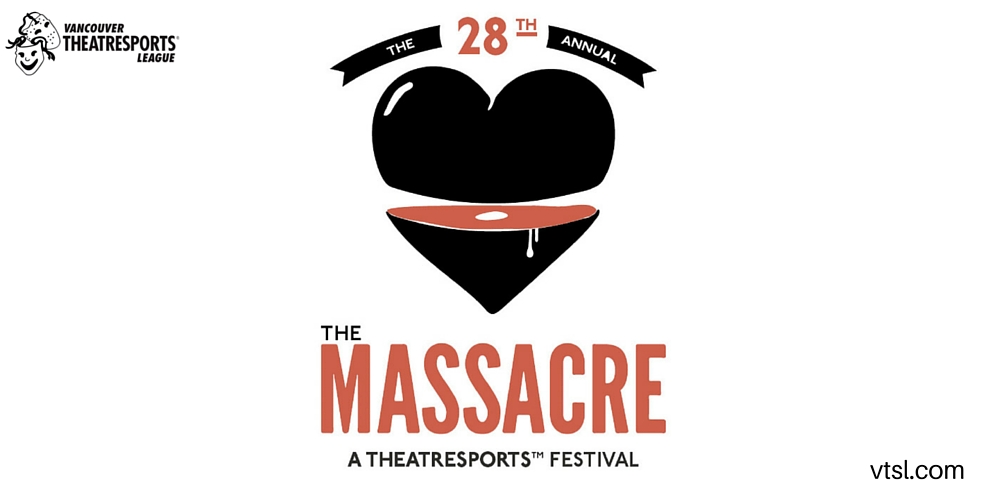 The first two weeks (January 27 to February 6) sees your favourite VTSL improvisers square off in head-to-head round robin sets to determine who is the best of the best. All this and more will be decided by the audience as they determine the action through their suggestions and root for their favourite performers.

Every Friday Vancity Buzz presents Improv After Dark at The Improv Centre. Use coupon code BUZZ15 at checkout and receive a ticket and drink for only $15! (available online, NC17:persons aged 17 and 18 must be accompanied by an adult)

Contest entries will be accepted from time and date of publishing until January 23, 2016. One winner will be chosen at random and contacted through the platform they enter by.