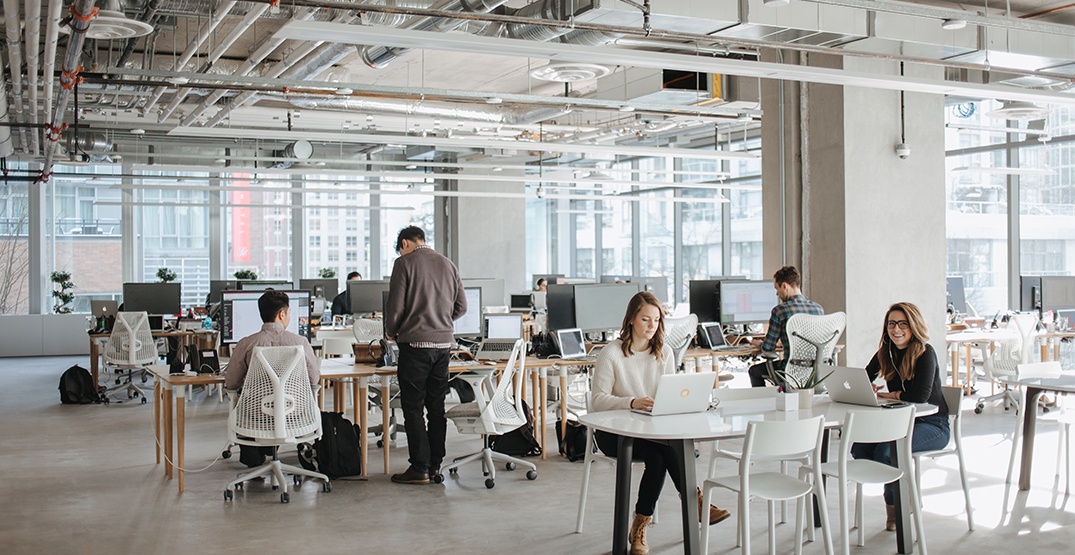 Written for Daily Hive by Ian Crosby, CEO and Co-Founder at Bench

I feel like I can’t go a month without reading about another government scheme to turn Canada into a tech innovation utopia.

At this rate, by January, we’re due to see “Trudeau Disrupts Fooseball While Hackathoning A Globally Impactful Ubercluster.”

Joking aside, politicians of all stripes are climbing over one another to proclaim themselves the True Torchbearer of the tech industry. This should be a good thing, as indeed, there is huge potential for our economy if we get tech policy right.

It’s too bad the politicians seem more interested in looking good than in actually helping to make Canada the place where the next global tech success stories will be hatched.

As the founder and CEO of rapidly growing Vancouver tech company Bench, politicians often ask me for my input on how to grow a successful tech industry here. I tell them all the same thing: train more engineers.

The best founders are experienced employees

Contrary to popular culture, the most common profile of a successful startup founder is not a brilliant Zuckerberg-ian student setting up hacker drinking games in a college dorm.

A systematic study of successful billion-dollar tech companies recently found that “Inexperienced, twentysomething founders were an outlier… Nearly 80% of [successful startups] had at least one co-founder who had previously founded a company of some sort… All but two companies [in the study] had founders with prior experience working in tech/software.”

The best founders are experienced tech employees. This is why San Francisco has such an incumbent advantage; it isn’t the venture capital, it’s the steady stream of employees coming out of Google, Facebook, Oracle, Salesforce, and every other technology company there that’s operating at the top of its field.

The fastest way to jumpstart the creation of startups is to convince successful tech companies to open offices here. And the only way to draw successful companies to Vancouver is to produce a large labour pool of software engineers for them to hire.

Software engineers are in short supply globally, and there is fierce competition to recruit them among companies. Produce a pool of skilled engineers, and you will attract global companies. Incidentally, you’ll also help the existing tech companies here grow as well. 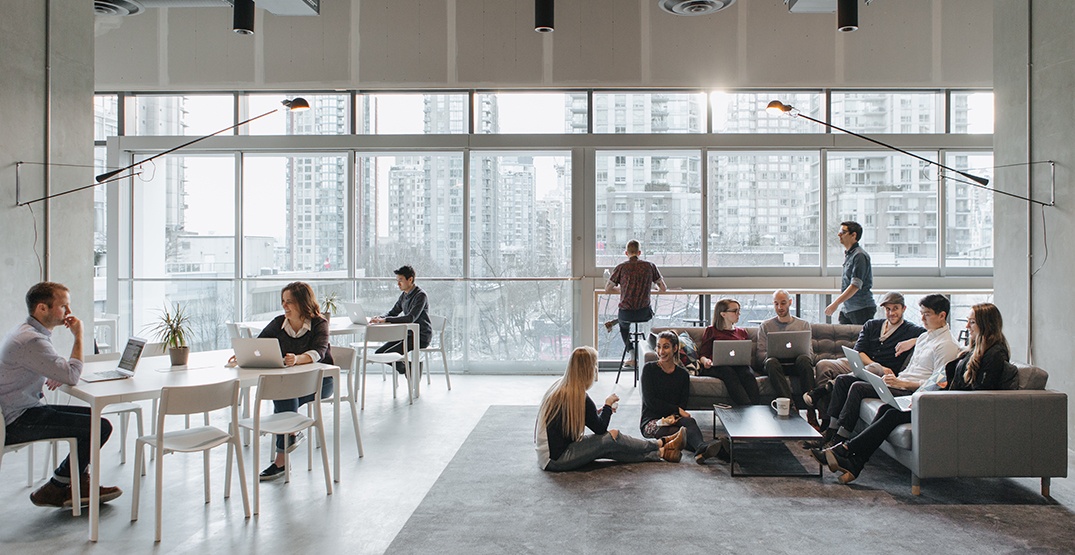 Our universities are falling short

The only sustainable way to produce a pool of skilled engineers is to educate local students.

But the primary educators of software engineers, four-year engineering and computer-science degree programs, are not growing. There has been no substantial increase in the number of seats in these programs in the last two decades. (For the sake of simplicity, I focus here on software engineering, but the situation is largely the same for other related occupations such as software design.)

The University of British Columbia, BC’s largest university, has over 13,000 students in the Faculty of Arts. The number in Computer Science? 1,840.

Our governments occasionally announce initiatives to increase the number of seats in technology programs, but it’s a drop in the bucket relative to the size of demand from the market. 1,000 seats a year is not a win. We need to be aiming for 10 times that. The Vancouver Economic Commission estimates that by 2021, BC’s tech industry will face a shortage of 30,000 employees, and it’s slated to grow from there.

Even if we were to start today toward adding 10,000 seats per year toward post-secondary tech education, by the time we were done we’d already be behind again. And that’s before we convince global companies to locate here so that they can help us incubate the next great global sensation.

The bias to liberal arts is not the result of students following their passions. It’s the result of our colleges and universities artificially limiting the number of spots in programs that have high student demand and good job prospects.

UBC’s Engineering program turns away 80% of applicants. That’s not including the many more that don’t bother applying when they see a 92%+ GPA entrance cutoff.

As someone who was educated through this system, I can tell you it sucks for ambitious young people.

In 2003, I was rejected from UBC’s Engineering program, but accepted to the Faculty of Arts. Thus, began a two year process of me fighting to get into a program that I actually wanted to study.

For two years of my life, my school prevented me from studying business or software development. Why? We are pushing students into liberal arts degrees where employment and wages for those skills are already artificially low because of inflated supply, while saddling these young people with rising levels of student debt that they can’t pay off.

Meanwhile, the BC taxpayer is subsidizing this inefficient system to the tune of $30,000 per student at schools like UBC, while tech employers pay some of the highest wages of any industry and are fighting each other to hire engineers. 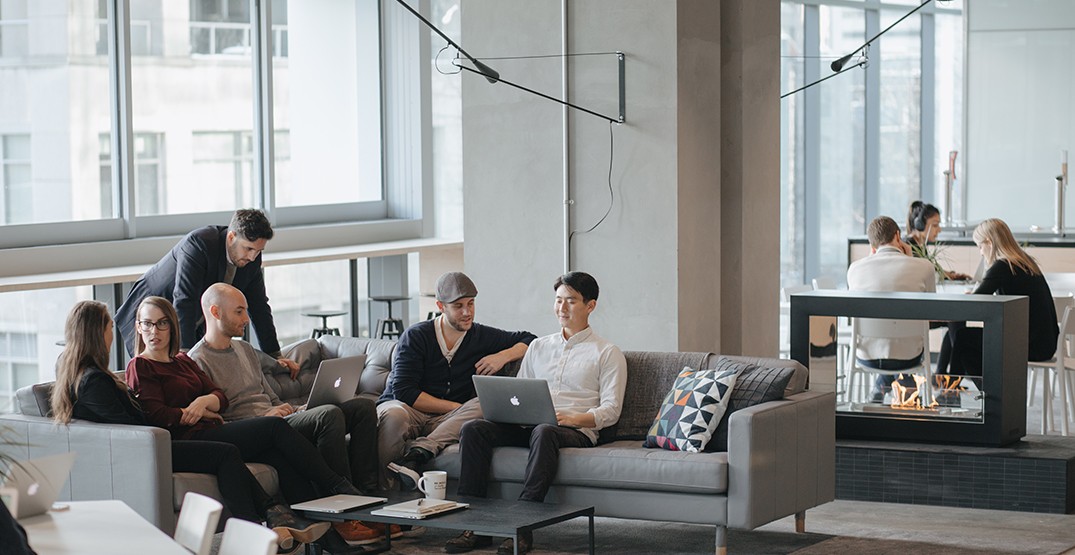 We need to train engineers, not play tech dress-up

The solution to growing our technology sector is not “strategic innovation” or help with “commercialization of new products.”

We don’t need an “Innovation Commissioner.” Or a “Supercluster.” We don’t need publicly sponsored venture capital. We don’t need complex subsidies or tax schemes. We need our government to train more engineers and get out of the way. Until we act on this, we are wasting human potential.

Young Canadians want good jobs, but instead, we are steering them into underemployment and financial hardship by giving them the wrong skills and saddling them with debt.

And it’s getting worse each year.

If we’re serious about growing BC’s tech industry, and solving growing underemployment among young people, we need to act now on tech education.

Vancouver could be home to the next great idea. It could be home to tomorrow’s great tech talent. But if our governments continue to prioritize grand announcements and glitzy photo-ops over actually graduating more tech workers, Vancouver will end up as that nice little town that American tech employees pass through on their way to Whistler.

Ian Crosby, 31, is the Co-Founder and CEO of Bench, North America’s largest bookkeeping service. After working as a bookkeeper and treasurer at various companies, he was tired of watching small business owners struggle with outdated, inefficient bookkeeping practices. So he developed a new solution: intuitive software powered by a team of world-class professional bookkeepers to streamline accounting tasks for small businesses. In 2017, five years into business, Bench was ranked the fastest growing company in BC in the Deloitte Technology Fast 50, and the fourth fastest in Canada. In 2016, he was named to Forbes’ 30 Under 30 in the Enterprise Technology category. Find Ian on Twitter at @IanWCrosby.