Half monster truck and half mechwarrior, Prosthesis is a four-legged mechanical giant that, once complete, will be the world’s first “sports robot.”

“It’s an exciting time for us right now. After years of work and careful planning, the dream is about to become a reality. We’ve got the team, the plans, and the expertise. Once we get the funding, we’re ready to hit the ground running” says Jonathan Tippett, lead engineer on the project.

The volunteer team led by Tippett has so far successfully completed a 2:3 scale model of one of the giant robot’s four legs as a proof of concept, and the team is now ready to build the final robot. To do this, they are working to raise $100,000 through a crowdfunding campaign on IndieGoGo. The campaign ends on January 29th. 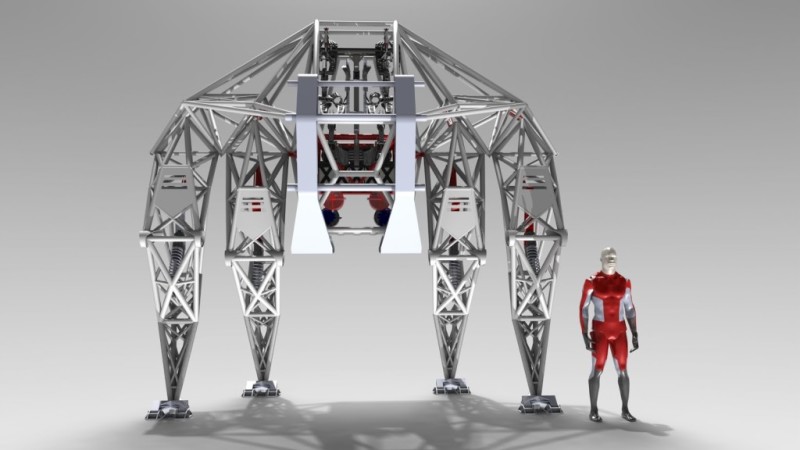 “At 3.5 tons and 16 ft tall with a top speed of 30km/ph, Prosthesis will definitely stand out. But what makes this machine truly unique — and what makes it an “anti-robot” — is that it is entirely human controlled. There is no software and no autonomy; it cannot walk, run, or balance on its own,” explains Tippett.

Controlling prosthesis will not be easy, but that’s just the point says Tippett. “It is a sports machine, where the pilot is the athlete. Think Formula One meets the future.”

Prosthesis is about much more than entertainment. “At it’s core this project is about inspiring the next generation of artists and engineers,” says Tippett. The program is supported by The eatART Foundation, an educational charity Tippett co-founded, and has involved no fewer than 65 students doing for-credit course work over the last three years. 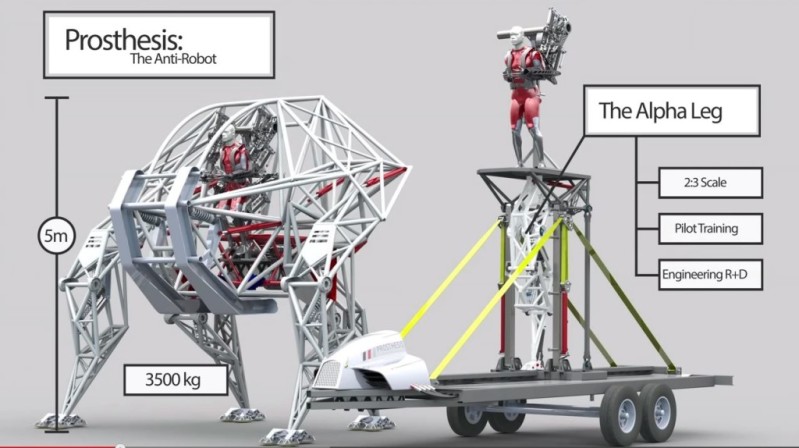 The funding campaign has also caught the eye of such notables as Phil Tippett (no relation), the award-winning special effects creator known for his work in Jurassic Park and Starship Troopers, as well asRyan Holmes, CEO of HootSuite and Invoker.