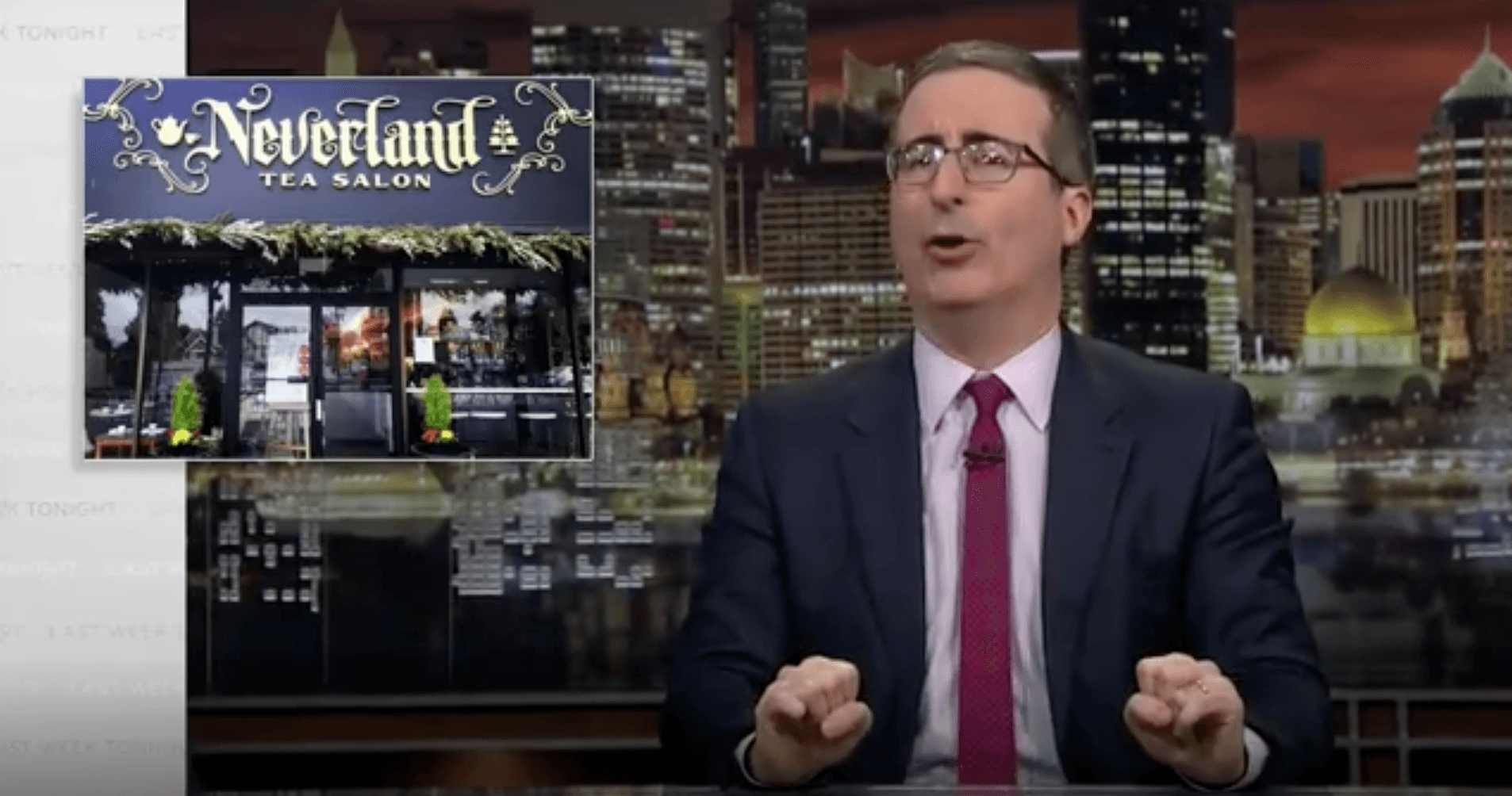 The English comedian, producer, writer, and political commentator was in the middle of a bit on how 60% of all complaints to the Federal Communications Commission (FCC) in the US are about robocalls.

As he concluded the FCC was “definitely aware of the problem,” Oliver suddenly drew a tongue-in-cheek parallel that Vancouver tea spot, Neverland Tea Salon, was in the same situation.

“It’s like the actual tea salon in Vancouver called Neverland, by this point, they definitely know they have a real issue, the only question is, what the f**k are they going to do about it?”

Oliver was undoubtedly eluding to the fact that the tea house was named after the legendary land from Peter Pan, the same name as Michael Jackson’s now-infamous Neverland Ranch.

Jackson’s ranch has been in the headlines lately thanks to the newly-released controversial HBO documentary Leaving Neverland.

Neverland Tea Salon, however, just makes headlines because of its service, whimsy, and atmosphere.