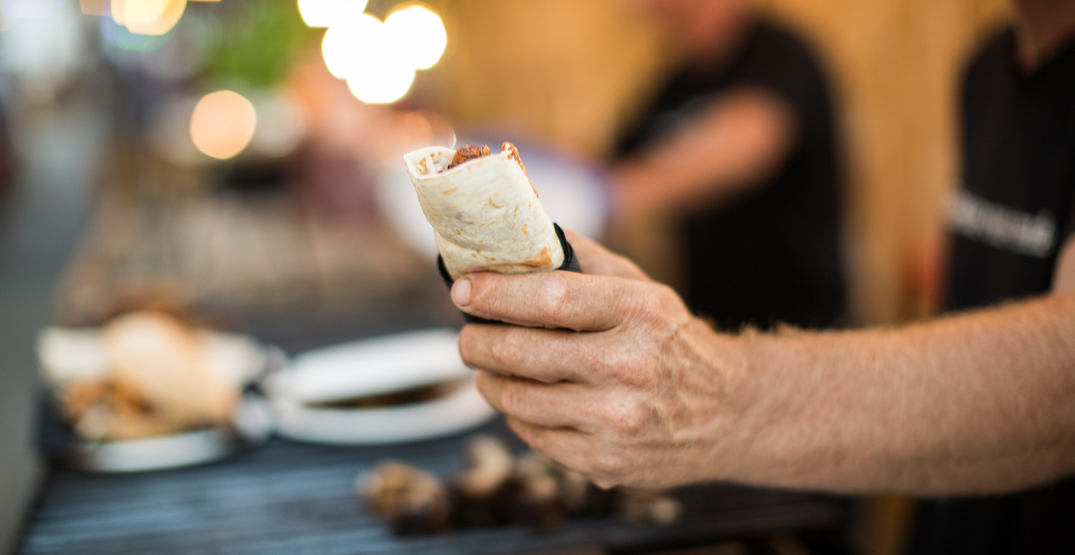 Wrap from a food truck/Shutterstock

While Victoria hotspot Superbaba isn’t opening a second location just yet, we are about to get the next best thing in Vancouver – a food truck offering this restaurant’s Middle Eastern eats.

The casual eatery was the project of three well-known local Vancouver names – Café Medina, Tacofino, The Dallah – and it became an instant hit when it opened last summer on the island.

Set to hit the streets of Vancouver in early June, this new spot for grub-on-wheels will be parked where Tacofino’s White Lighting truck used to be, the corner of Burrard and Dunsmuir.

Dallah tells Daily Hive, patrons can expect the same menu served in Victoria with just a few modifications. Chicken sandwiches, vegan falafel sandwiches, bowls, hummus, and turmeric cookies will be up for order, along with one of Superbaba’s house-made drinks (we’re hoping for mint lemonade).

As for a permanent brick and mortar spot in Vancouver? Dallah says we’ll have to wait and see.

“We want to earn our spot in Vancouver and keep building the brand as a part of the west coast and we believe this food truck will be a great next step.”

We’ll keep you posted on when the Superbaba food truck will hit the streets for the first time in Vancouver.