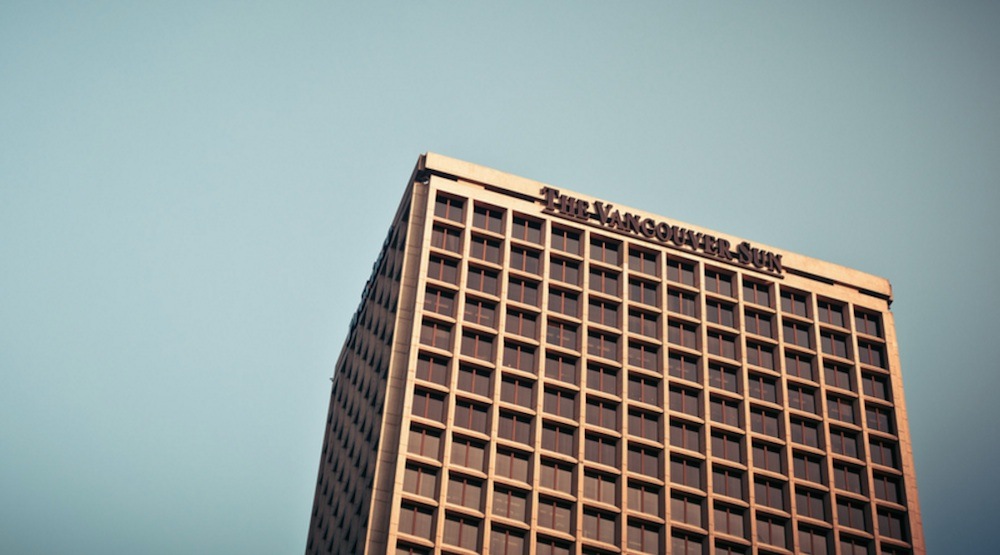 As it turns out, the burnt out Vancouver Sun and Province signage lights atop Granville Square will not be fixed after all.

Postmedia’s Pacific News Group (PNG) has made the decision to have its two newspapers vacate its leased office space at 200 Granville Street next to Waterfront Station in downtown Vancouver, and relocate to Broadway Tech Centre next to Renfrew Station in East Vancouver.

Beginning next year, its workforce will occupy a 29,000-square-foot office space on the fourth floor, which was previously occupied by Bell Mobility and ING Wellington Insurance. Other major tenants in the multi-building complex include RBC Insurance, BC Lottery Corporation, and HSBC.

Exterior of the 2985 Virtual Way building, future home of the Sun and Province newspapers, at Broadway Tech Centre: 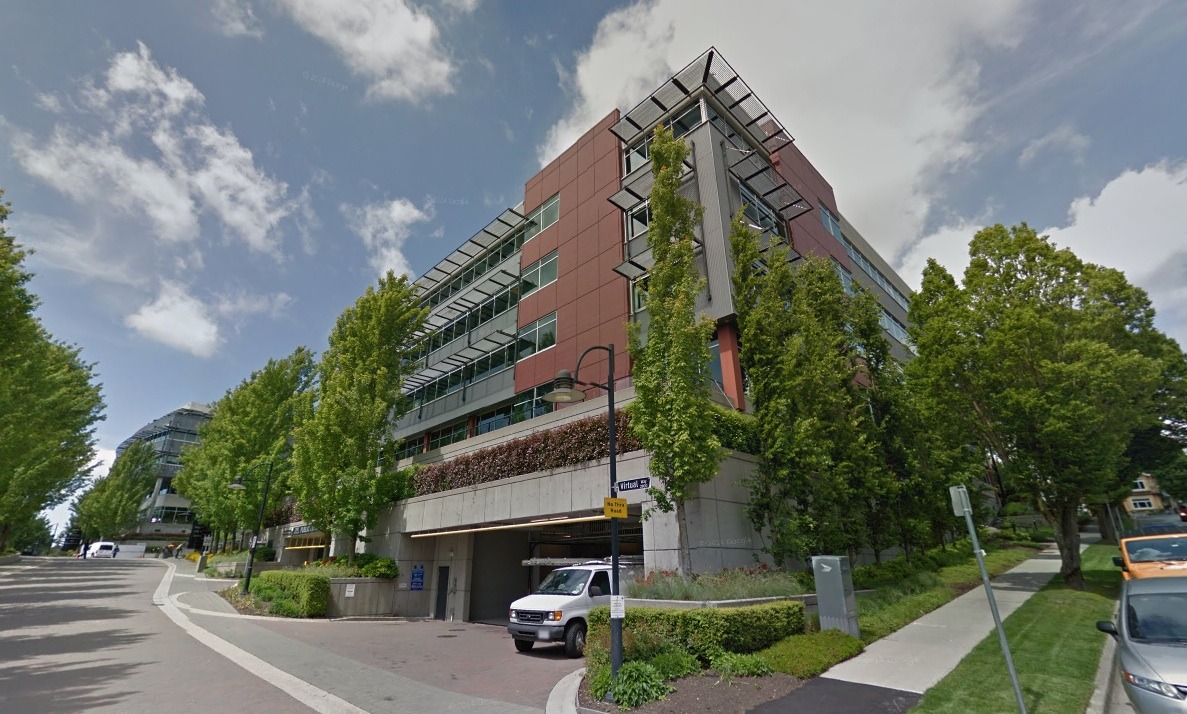 PNG’s lease on their existing space within Cadillac Fairview’s 30-storey tower expires on May 31, 2017. When PNG first moved into the building, it initially occupied a total of eight floors of the office tower, but that has shrunk to just three floors over the last 20 years.

All of this comes just after Postmedia’s announcement last week that it will reduce staff costs by as much as 20% due to lower than expected revenue and a deeper quarterly net loss. Earlier this year, it cut 90 jobs across the country, a measure that included merging competing newsrooms in some cities including those of the Sun and Province. And just last month, the media conglomerate laid off all of the reporters at the Vancouver edition of 24 Hours’ free daily.

This won’t be the first time that the Sun and Province have operated from outside of downtown Vancouver.

A former employee with PNG told Daily Hive that the offices for both local newspapers used to operate from the now-demolished printing plant at 2250 Granville Street, near the south end of the Granville Street Bridge. He says it was an old printing plant that was designed for a different purpose and later converted into office space.

This was the home base for the newsroom workers from the mid-1960s until 1997 when they moved to 200 Granville Street. Printing functions were relocated to Kennedy Heights Printing Plant in Surrey the following year, and that plant closed in January 2015 and has since been converted into a major film production facility for Skydance Studios. Printing requirements have since been outsourced to a company in Delta.

Prior to the South Granville location, the Sun was located in the 1912-built Sun Tower, the former headquarters of the long-defunct Vancouver World publication.

Existing floor layout of the Vancouver Sun and Province’s new office space on the fourth floor of Broadway Tech Centre at 2985 Virtual Way: 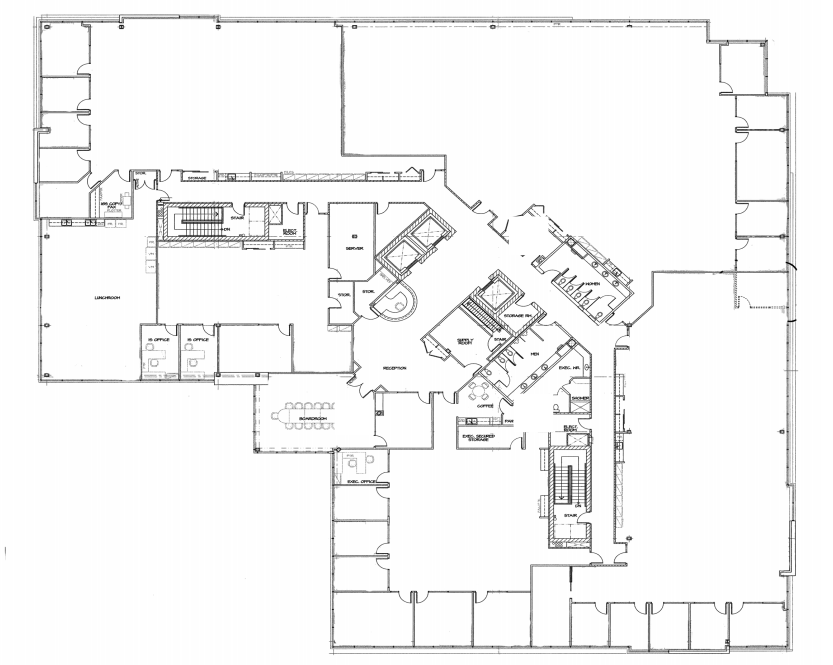