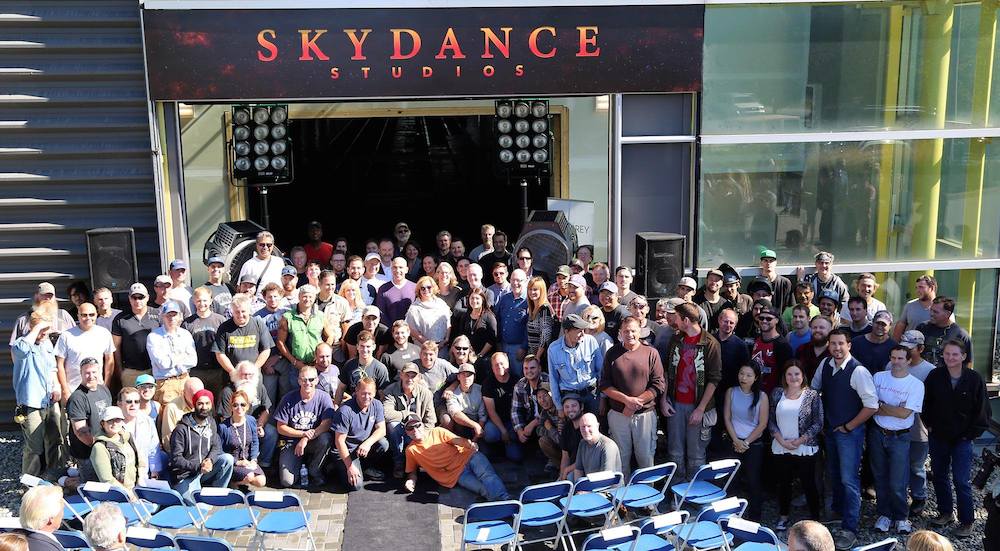 A Hollywood studio has opened a major film production facility in Surrey, making it the first movie studio to set-up shop in the south of Fraser suburban municipality.

Skydance Studios’ new production hub in the Newton neighbourhood converted the former Kennedy Heights Printing Plant, the facility that used to print the Vancouver Sun and The Province’s daily newspapers. The Pacific Newspaper group plant shut down early last year amidst a chain of cutbacks and outsourced printing requirements to a company in Delta.

After an extensive retrofit, the 13.8-acre printing plant now has 75,000 square feet of production space, including five sound stages. One of the sound stages, measuring 460 feet long and 50 feet high, is one of the world’s longest and tallest sound stages and it also has the ability to generate artificial rainfall for productions that require it.

“As we are focused on expanding our operations and increasing our film and television output, the establishment of Skydance Studios is an important milestone both for our Company and for the City of Surrey,” said Skydance Media CEO David Ellison in a statement.

“We are incredibly excited about putting down new roots in Surrey and becoming a part of the community’s future growth.”

It is anticipated that the new production facility will generate $100 million in economic spinoffs for the region and create 400 new jobs. The facility’s first production will be the science fiction thriller series Altered Carbon on Netflix starring Joel Kinnaman, who previously filmed AMC and Netflix’s The Killing in Vancouver for several years.

“With so much production work occurring in Surrey, it is only logical for Skydance Media to make the City of Surrey a home rather than a destination,” said Mayor Linda Hepner. “With the opening of Skydance Studios in Newton, the media company will have direct access to our local professionals who work within the film and television industry.