Vancity Buzz: Tell the people a little bit about yourself

Rochelle: Well, my Name is Rochelle Okoye, I’m 25 yrs old and I work in the Film industry here in Vancouver, as a stunt performer, actress and model. I grew up kind of all over the place. I was born in Winnipeg and lived there for 7 years, then moved to England until I was 15, then to Beautiful BC where I finished High School at Terry Fox Secondary, and graduated University with a BSc. in Psychology at UNBC (University of Northern British Columbia). I started my gym career at the age of 2 in Winnipeg and carried it on in England. I became the 3x Great Britain National Gymnastics Champion from 1996-1998. I was then nominated and awarded for the top Sports person in England, under the age of 13 category 2 years in a row. BBC produced and aired a 30 min documentary on my gymnastics career, focusing on my goals of competing in the 2000 Olympics. However, that goal fell short when the International Gymnastics Federation (FIG) changed the rules to; a competititor must now be 16yrs of age in order to compete in the Olympics. I was 15 and told I had to wait until 2004. My parents were home sick and wanted to move back to Canada, I saw it as an opportunity to leave a sport I didn’t really enjoy and try something new, I retired from gymnastics. I then went on to graduate high school, and university a yr early. After completing my bachelors degree I worked in my field for about 2years, counseling and assissting children with developmental disabilities and mental illnesses in and outside the school system. As rewarding as that job was, I really missed the competitiveness and challenges of being a pro athlete. So I decided to start boxing. I fought boxing both as an amateur and Pro and also started personal training. After boxing I started training and competing in muay thai and brazilian jiu jitsu. And eventually landed myself in the film industry with a new career which encompasses everything I have learned and been through to date, stunting. I finally feel like I have found my place in life, this is where I belong. 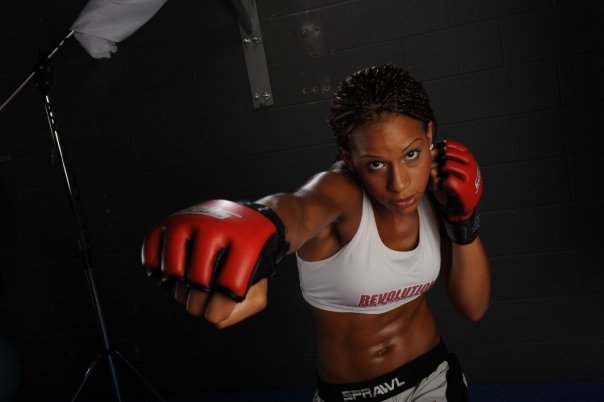 Vancity Buzz: Why a stunt performer?
Rochelle: Why not a stunt performer? It makes total sense to me. I didn’t know what I was training for before, what the bigger picture for me in the end would be. I do now, every sport I have competed in and every skill I have acquired is a benefit to me in the stunt industry. I still have a lot to learn and a lot of areas to grow in, so I’m always looking to try and learn new things.

Vancity Buzz: What is the coolest gig you’ve done to date?
Rochelle: I wish I could talk about that right now, unfortunately, I’m not allowed to release any info on the stunt or title of the show, but when I can I’ll be sure to fill you in. Sorry folks! 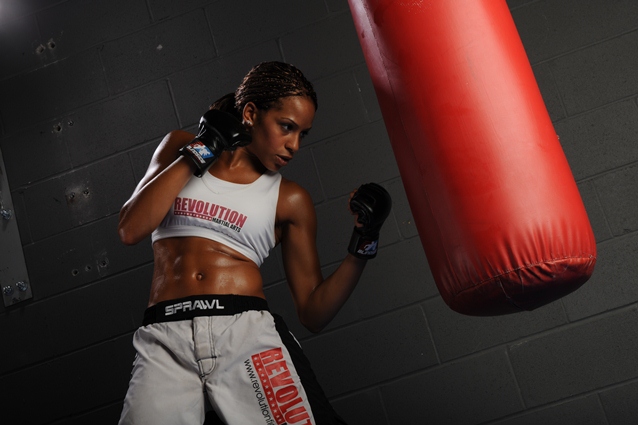 Vancity Buzz: Who’s your favourite person you’ve worked with?
Rochelle: Honestly, I’m still pretty new to the game, there are a lot of people I still haven’t had the chance to work with. But so far I would say my best days are when a team of stunties are in and we can all work together. It always leads to interesting times.

Vancity Buzz: What does the future hold for you?
Rochelle: Well, I hope to be in the top 5 female stunt performers in Canada or the world in the near future. I also would like to start stunt coordinating once i have more years of experience under my belt. I have a book in the works that I am currently writing, a biography or memoir of my life. I hope to publish it and make a movie out of it, so I would also like to Direct and Produce that one day down the road. 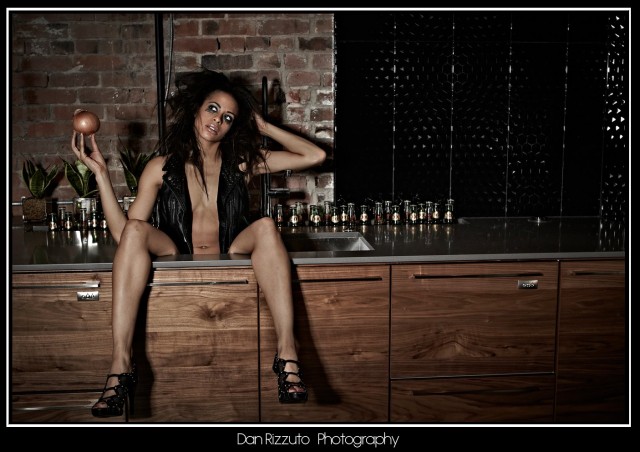 Vancity Buzz: Who inspires you to do what you do?
Rochelle: There’s a lot of talented people in this industry, that I have looked up to, shadowed, worked for, listened and learned from over the past year and a bit.

Vancity Buzz: We heard you were a semi-finalist for Canada’s Next Top Model. Tell us a little bit about that.
Rochelle: LoL I was, it was really no big deal, I thought I would submit myself, I didn’t really think it would go anywhere. I was chosen as a semi finalist, I had to go to the citytv studio, have an on camera interview, meet the producers. I wasn’t selected as a finalist in the top 10 and didn’t actually make it onto the show, all which I am very thankful for.

Vancity Buzz: Is there anyone out there you’d like to thank?
Rochelle: I’d like to give a shout out to Tyler Pratt at Elite Organics, the supplements, vitamins and enzymes they provide me with keep my body healthy and trucking along, you can check them out at www.eliteorganics.com and my physiotherapist, Dean Katopski at Performax Health Group. They have both helped my body to physically be able to endure all it has been enduring.