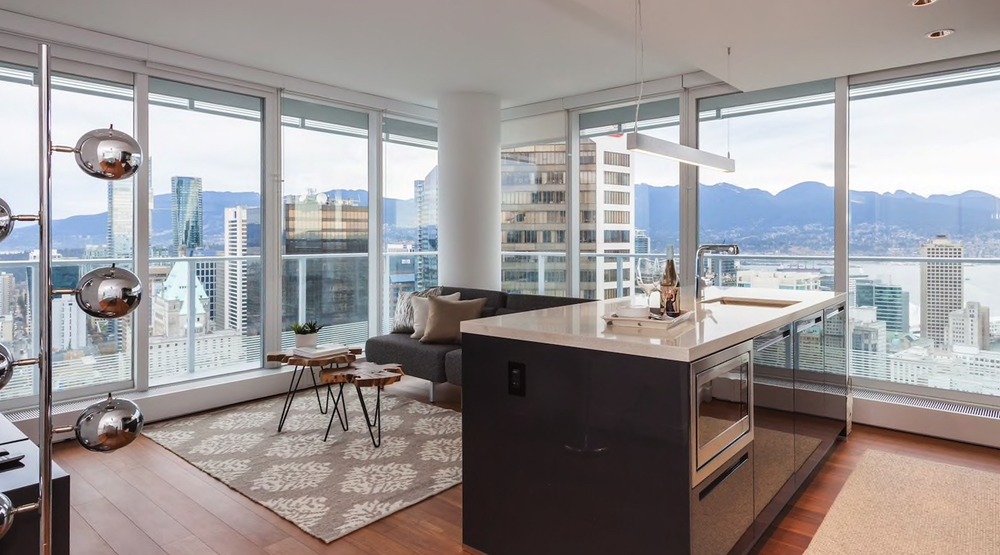 Interior of an Airbnb listing in Vancouver (Airbnb)

The growth of the sharing economy is one of the most important topics for today’s traveller. Vacay.ca has partnered with Daily Hive on a series of articles with Airbnb Canada to profile a range of stories related to the experiences guests, hosts, and communities have with that company’s program. Previously, we focused on hosts and the range of guests they accommodate.

In this article, writer Guillermo Serrano reveals what happened when his strata council confronted him about his use of his apartment as an Airbnb rental.

In my hometown in Colombia, most people could only fantasize about shopping at Via Montenapoleone. It was the trendiest fashion store in the city and only the wealthy shopped there.

So when I learned the apartment my colleagues at Vacay.ca wanted to rent in Milan, Italy through Airbnb was on the street that was the namesake for the famous fashion emporium, I was a bit leery. Any store taking its name from Via Montenapoleone would most definitely be too expensive and out of reach for my budget.

Ten days later, I was living life as a Milanese in an exclusive penthouse big enough to accommodate the four of us with our own bedrooms and bathrooms. The penthouse was located on Via Montenapoleone and cost less per night than the price of a single hotel room.

After a 15-minute walk from the apartment, I was at the Duomo, the massive square home to Italy’s largest church, the Milan Cathedral. I walked up the steps without a tour guide and entered it on my own like many residents frequently do. I drank coffee standing in the shade as everyone else did and bought groceries where the locals shop. At the end of my trip, I got the feeling I was born in the wrong place. That’s how Italian I had come to feel.

The experience in Milan opened my mind. The primary lesson I took from the journey was to change, immediately, the way I travel. 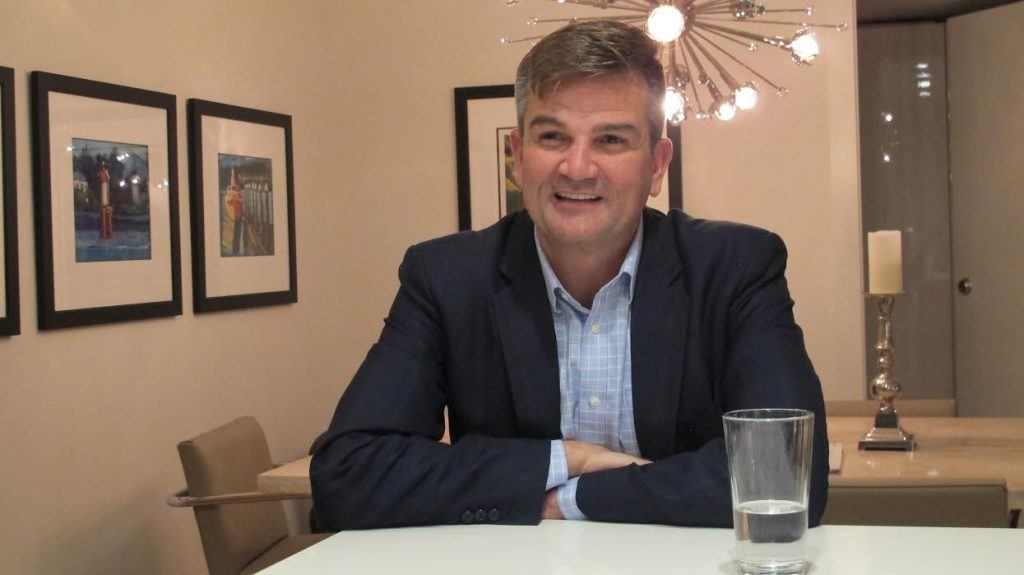 Robert Skene is the president of his strata council in a condo building in Yaletown. He has been renting his luxury unit to visitors from around the globe for years. (Guillermo Serrano/Vacay.ca)

I talked about my Italian experience with my friend Robert Skene, who has hosted Airbnb guests in his apartment for years. I told him how living as a local was so enriching, in different ways, from a hotel stay.

Skene, who is the president of his strata council, suggested I take the Airbnb experience to the next level, hosting visitors from around the world the same way he does. When I began hosting in July 2016, the social experience and the extra income made me decide to commit more time to growing my status as a quality host within the Airbnb community. At the time, I was not fully aware of the concern some strata councils have shown toward home-stay rentals within their condominium complexes. After taking pictures of my property in downtown Vancouver and attaching them to my host profile, my place went live on the Airbnb website.

Approximately one hour later, eight pre-bookings were awaiting my approval. My first reaction wasn’t joy or excitement. It was panic. Maybe there was a hacker, spam, or even a virus behind what I perceived was an absurd level of interest. I talked to a friend who is an Internet security expert. By the time she finished the malware diagnostic, she confirmed the requests were all real.

Legitimate people were coming to my city, I realized, and they wanted to stay with me.

In less than six months, I opened my doors to visitors from Europe, the Americas, Asia, Australia, India, and even from neighbouring cities Chilliwack and Abbotsford.

The remarkable thing isn’t just about the people who stay with me, it’s the happiness they bring to my home. Within my walls, I have witnessed one engagement, celebrated a pregnancy announcement, drank champagne for 25th and 40th wedding anniversaries, and learned how to eat noodles for breakfast like my guests from Jakarta. One of my most memorable shares was introducing Nanaimo bars to a guest from India who studied the square solemnly then said, “This has coconut in it, Guillermo. I don’t see any coconuts growing in Vancouver! How can you call this your hometown dessert?”

Good point. I could have countered that it’s not such an outlandish concept. After all, the United Kingdom’s national dish is curry and you’d have a difficult time harvesting turmeric and ginger in the fields of England, but I resisted the temptation to debate.

As an ambassador for Vancouver, I let my opinions out only so often. Instead, I focus on recommending shops in my neighbourhood where guests can purchase gifts to take home, and my favourite coffee shops and bubble tea places. My guests also give me recommendations of places I have never been, letting me discover my own city in a new way. 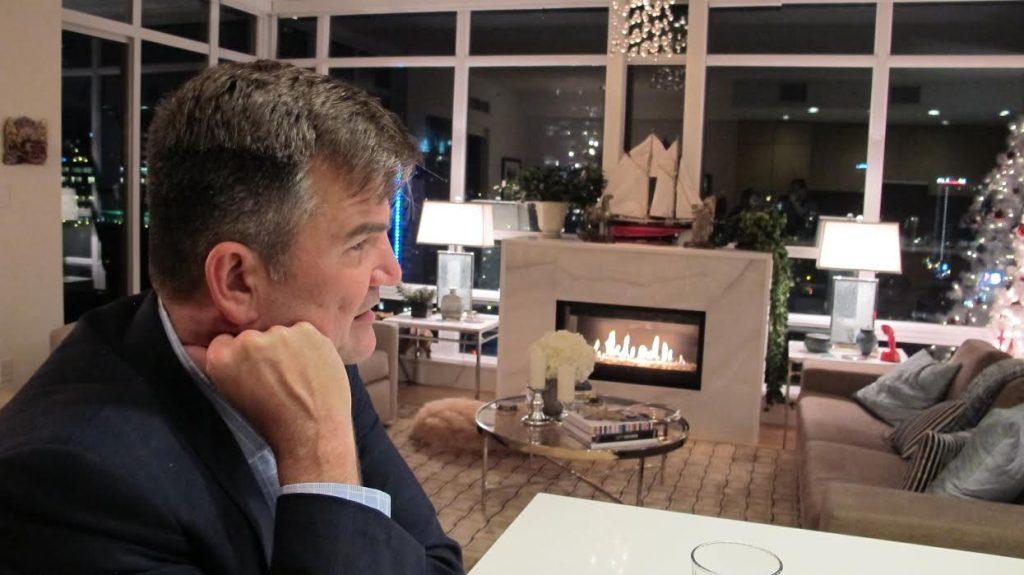 Skene was right. Hosting visitors was fun and had filled my life with new friends and stories while allowing me to share my favourite experiences of Vancouver.

In late September, the City of Vancouver announced new regulations for short-term rentals, including properties listed on Airbnb. I was told I should get a license to continue operating as a host.

A couple of days later, I received a letter from my strata council ordering me to stop any hosting activity in my property. Members of the strata council had seen my listing on Airbnb and were alarmed. They also banned me from all the common areas. No more access to the pool or gym. They deactivated my FOB key that allowed me to enter those spaces.

I thought it was a mistake. There were no short-term rentals allowed in the building but I thought if I could express my point of view to the strata council they could understand I was a responsible host. Mayor Gregor Robertson himself said the City wasn’t targeting hosts such as me with its legislation.

After I requested a meeting with my strata council, and before my scheduled appearance, I started to worry. Perhaps I had been doing something wrong? Was I the problem and were my activities contributing to the problem of unaffordable housing in the city?

I talked to Skene again. In his building, some residents had raised concerns about short-term rentals. He said he spent time carefully explaining the difference between a host who lives at home with his guests and one who vacates when visitors from abroad arrive.

“Our Airbnb guests are here because they want to engage with us and the city,” Skene told me. “That’s when people start to understand.”

During the appointment with my strata council, I told them of my experiences in sharing my home, neighbourhood, and city with visitors. I also brought my laptop to show them the positive and excellent reviews I received from all guests.

When the president and the strata council members spoke, I expected them to aggressively demand payment of the penalty fee. I also was ready for the worst-case scenario: the public scrutiny and judgment of my neighbours.

I was surprised when one of the council members shared his personal experience of using Airbnb while travelling overseas. Another nodded and said he had heard good things about the home-stay site.

The president then said I was the only condo owner who had received the notice who provided any kind of a response. He emphasized it was the strata council’s job to ensure safety protocols.

“There’s no problem when people are being responsible,” he said. “We’re thankful you came to tell us what you’re doing.”

The outcome wasn’t what I expected. I entered the meeting believing the strata council would enforce its rules without question and anticipated the members would be unaccepting of the idea my home could be shared with visitors from around the world.

The stories from both sides — from the guests who live in far away places I will visit one day and from myself — conveyed the experience in such a way the strata council saw not only the benefit of Airbnb but the sublime beauty in the decision they made.

It turns out, I invited guests in and my neighbours welcomed them, too.