Life has been tough since the Death Star blew up. Generally one to travel in groups, this Stormtrooper suddenly found herself completely alone, pummelling through space in a tiny pod into the darkness unknown. She eventually crash-landed off the coast of Vancouver earlier this year, and after much deliberation, TK-844 has decided to stick around – preferring the expansive greenery and balanced climate of Earth, similar to the forest moon of Endor, where the Empire, unfortunately, met a catastrophic defeat.

Female Stormtroopers are extremely rare, with fewer than three within a whole legion. Once recruited, there is no distinction between male and female – they are dressed in the same armour and treated as equal. TK-844 says that since being on Earth, it certainly is nice to wear what she wants and not feel like a clone for once. So, she’s going to give this planet a try. Plus, travelling at light speed gave her motion sickness any way. In honour of May the 4th, we invited TK-844 to the Vancity Buzz office. 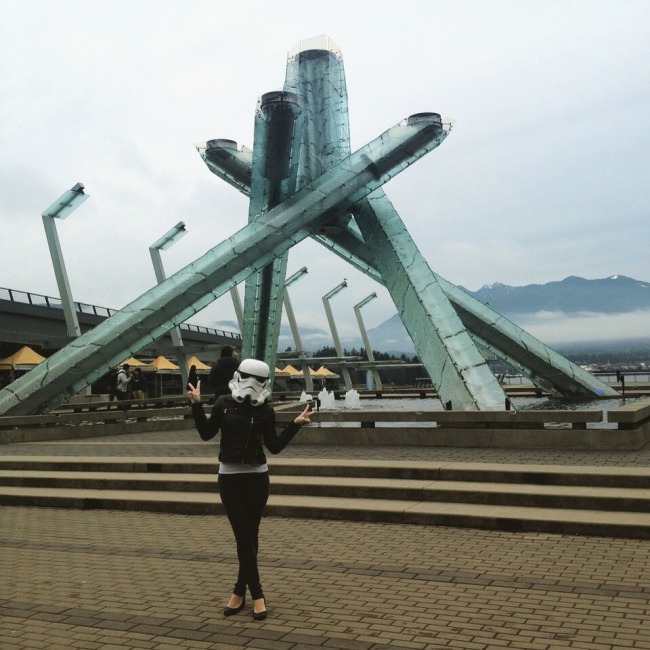 Has it been hard to find work since the Death Star blew up?

Has it ever! I don’t exactly have a transferable skill set for jobs on Earth. The armed forces seemed like it would be a natural fit, but since Endor, my trooper confidence has been at an all time low. I haven’t actually hit anything I attempted to shoot in months, and anything remotely resembling an Ewok (dogs, large cats, bearded men) send me running for my life. So for now I’m just working odd jobs here and there, trying to get by and hopefully I’ll find the right fit. 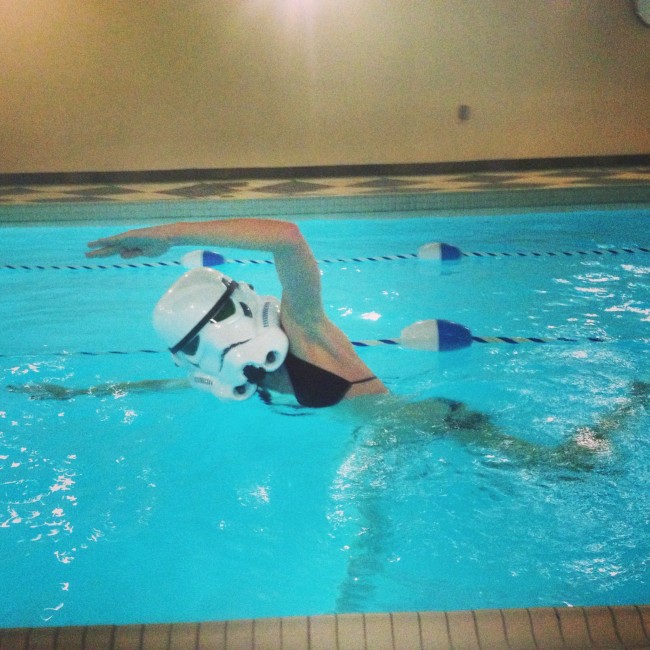 Has it been difficult finding a sense of belonging on Earth?

At first I was worried. I had no idea how people on Earth would react to me, but Earthlings, and more specifically Vancouverites, have been overwhelmingly accepting, approaching me to take photos with them and providing endless support with positive comments on my Instagram account. In truth, I’ve never felt more like I was exactly where I was supposed to be. 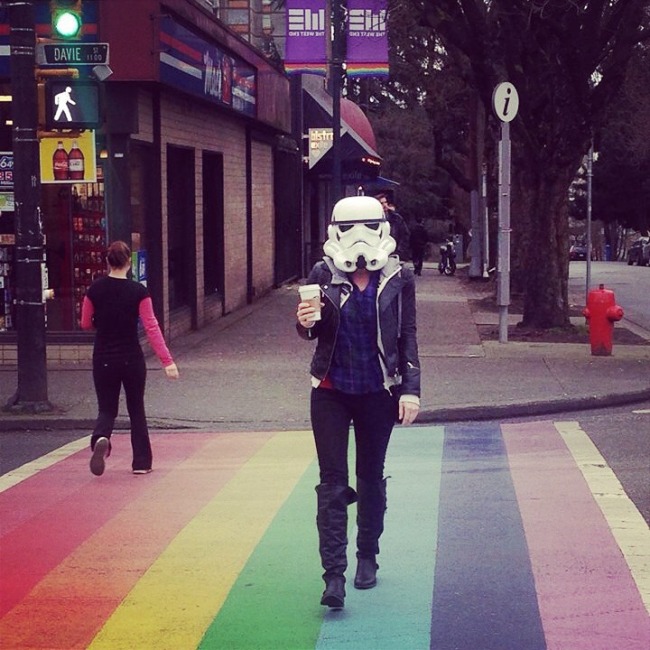 Arctic white isn’t really in this season. Have you ever thought about changing your helmet colour?

Oh goodness, no! I will forever stay true to my boys in white. 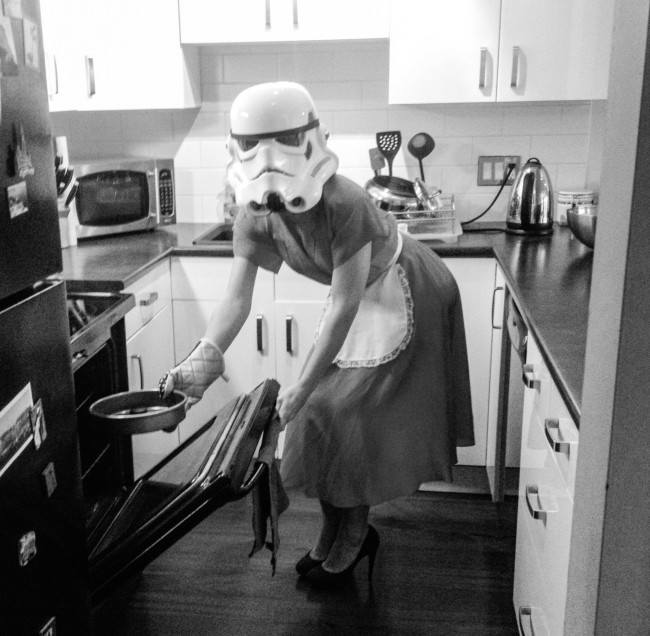 What is the strangest thing about humans and planet Earth? 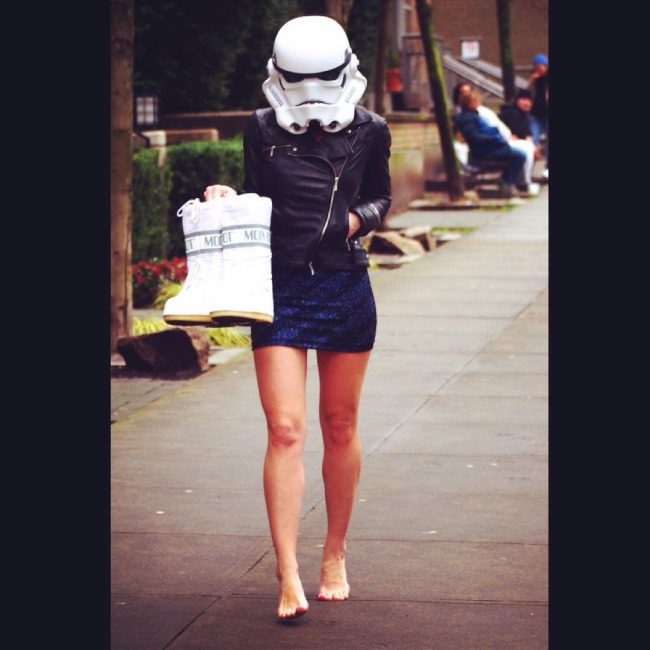 Looking back, would you have stayed working for Vader knowing what you know now?

Absolutely! Vader wasn’t as bad as some rebel propaganda would have you believe. He loved to kick back after a long week of galactic terrorizing and just relax like the rest of us. Sure, he had a bit of a temper, but if you got dumped, had your best friend cut your limbs off and leave you to burn to death, and then have your bratty children refuse to take part in the family business, you’d be a little resentful too.

Aren’t you a little short for a Stormtrooper?

Gah! I’m five seven and a half! 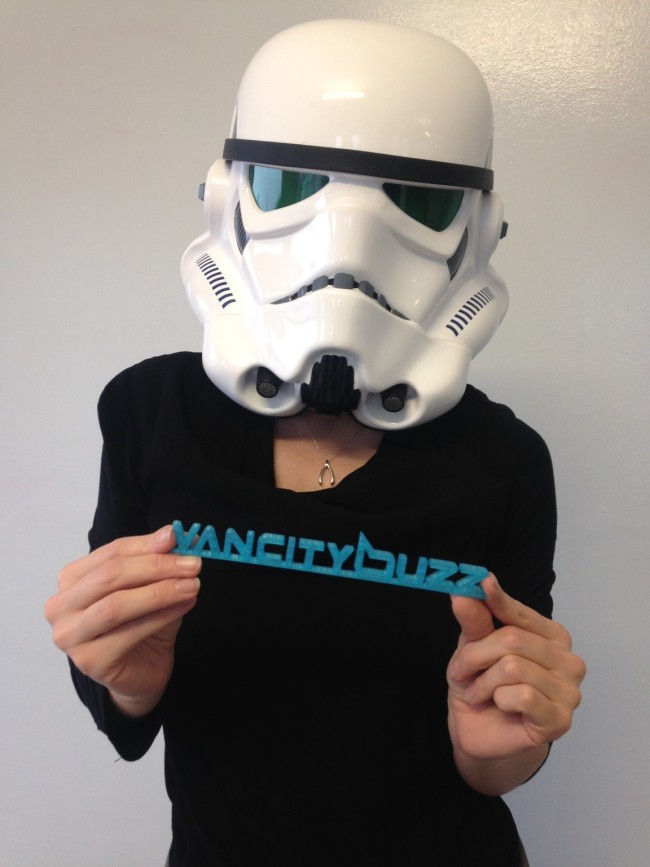