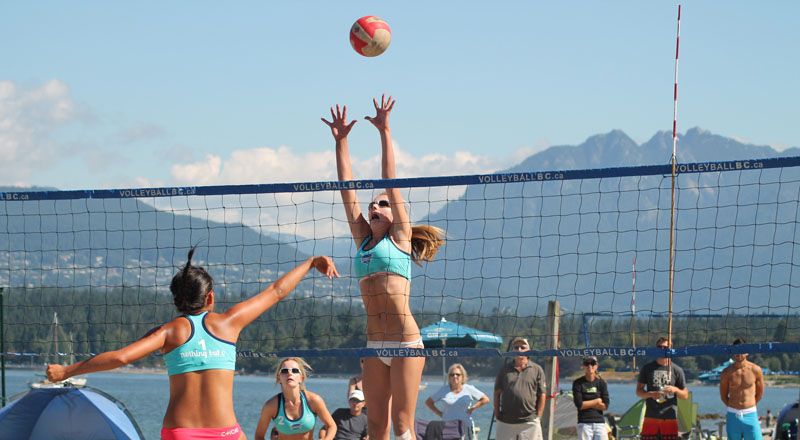 A volleyball tournament at Kits Beach. (Volleyball BC)

The Vancouver Park Board is closing all of its outdoor recreation facilities at the city’s beaches and public parks in a bid to encourage social distancing.

The parks and beaches themselves will stay open, but sports fields, tennis courts, volleyball courts, and skate parks are now closed.

Staff will be putting up signs and limiting access to the sports areas throughout the day Sunday, the Park Board tweeted.

🆕We are closing all public outdoor recreation facilities within parks and beaches.
❌Volleyball, skate parks, field sports, tennis, and more are now closed.

Please spread the word and do your part by staying away from these spaces. #Vancouver pic.twitter.com/v2bKGOANTU

Malcolm Bromley, the Park Board’s general manager, tweeted a video of staff removing logs from the city’s beaches to discourage sitting. He asked people not to gather at the beaches in large groups to keep them “safe and open.”

Vancouver’s move follows the City of Coquitlam, which also announced its sports fields were closing Sunday.

Community Centres, gyms, restaurants, and most businesses remain closed in Vancouver as officials urge residents to adhere to social distancing guidelines to halt the spread of COVID-19.

Residents should be keeping at least two metres away from people who aren’t in their household and avoiding large gatherings, officials say.

Some people have called out their neighours on social media who were flouting that advice by playing sports at the city’s parks during a bout of warm spring weather.

“Right now we need to be in small groups … one or two of us,” Provincial Health Officer Dr. Bonnie Henry said at a press conference Friday. “We are not to be playing basketball, we’re not to be out sitting together in large groups on the beach watching the beautiful sunsets.”