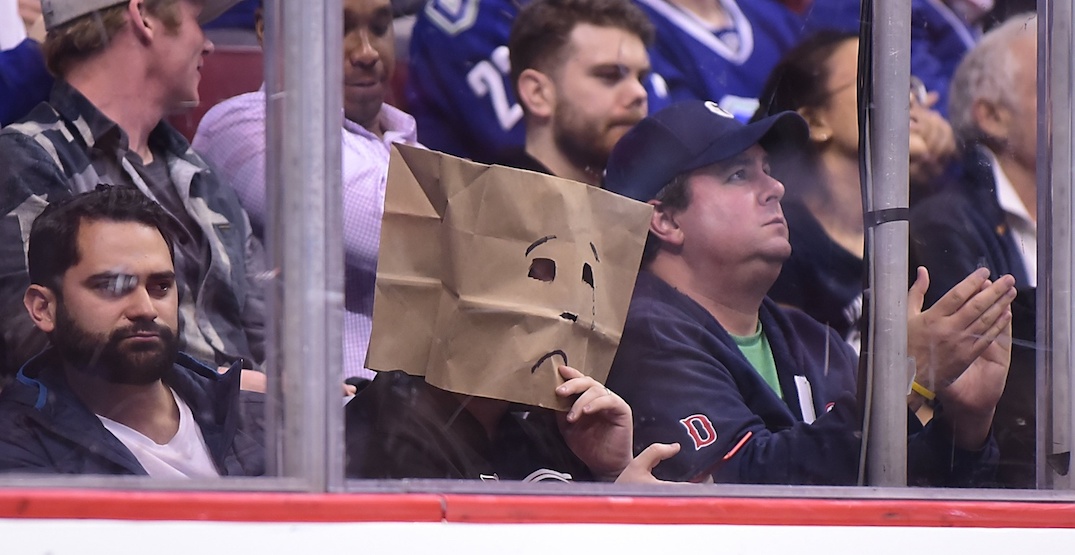 TSN 1040’s two-decade run in Vancouver came to an unceremonious end this morning.

Partway through the Halford and Brough Show, at around 9 am, Bell Media halted operations of its all-sports station. An official Bell Media statement was later read on air, followed by the song “Good Riddance” by Green Day. Music has been playing on a loop ever since.

Here's the full statement announced on the air at TSN 1040 this morning before sports programming abruptly cut to music. pic.twitter.com/ZyZPLpJ3PE

These are just the latest cuts by Bell Media across the country, as hundreds have lost their jobs over the past two weeks. That doesn’t make the news any easier to take for employees at the station, not to mention the many loyal TSN 1040 listeners.

In what seems like a cruel joke, Bell Media President Wade Oosterman said in an internal email sent to staff that 1040 will transition to a “funny format” beginning later this week, as standup comedy programming will be offered going forward.

The news has dominated social media today, with many reaching out to longtime TSN 1040 broadcasters like Jeff Paterson, Matt Sekeres, and Blake Price with well wishes.

you guys are amazing. The love and support means the world. We had something really special going. I’m trying to keep up with the calls, texts & DMs. It’s overwhelming quite frankly. Will do my best to respond. Thanks doesn’t even begin to cover it.

For those calling/texting today (& there are many 🙏), do me a favour and "sign your text."
Used to ask listeners to do that for show submissions (so we could give you credit). Today I need it because my contacts are disappearing one by one.
I'll tweet more once I've taken stock

TMIW but this sucks! Memo to: the listeners and colleagues. thanks for an amazing run. Your words today are appreciated more than you know, thanks for taking the time to write and call. I love what I do, and I’ll be around to annoy you, and @mattsekeres, before you know it.

Among the well wishers are broadcasters from arch-rival Sportsnet 650, with Satiar Shah and Bik Nizzar spending the first 15 minutes of Canucks Central at Noon to show respect to the people that lost their jobs today.

“When you have your part shaping the conversation about this hockey team in this city for two decades, it warrants a level of respect extended to you,” said Nizzar.

If you think there is any joy or pleasure in seeing "competitors" lose their jobs, think again.

These are colleagues, friends, people with families.

I can remember how thrilled I was when I walked through the doors at TSN 1040 as an intern 11 years ago. I was a small part of the station I spent so much time listening to. I would go on to spend nearly a decade there. So many good memories. So many good people. Today sucks.

The three major pro teams in the city posted messages today, including the Vancouver Canucks, who are now linked with Sportsnet as their broadcast rights-holder.

Such a difficult day for so many good people who we’ve worked closely with for years. The impact on their families and careers is so hard to comprehend, especially during these unprecedented days. Sending our thoughts and support.

For nearly two decades, we shared many special memories for Vancouver Whitecaps FC over the TSN 1040 airwaves, going back to before we joined MLS. We have made tremendous friendships. We are thinking of those impacted and wish them the best on this difficult day.

Tough day in the business. A big thanks to the TSN 1040 crew for being excellent partners these last 17 years, especially the broadcast crew of MOJ, @caravatta2, @karen_surman, @RJHenderson7 and Mike Whittingham

For fans, the reaction was a mixture of sadness, confusion, and anger.

This is a sad day for the entire sports talk radio market in Vancouver. There's only so many jobs available with one radio station left and obviously some 1040 people will land there.

Those on air personalities better be getting a 🤯 CHEQUE!! Best in the business.

Cannot believe 1) that 1040 is gone. From TEAM to TSN it was THE sports radio in this market for me (no offense SN guys) and 2) that the way they ended an almost 20 year run was a robot announcement and effing “I hope you had the time of your life”. Screw you, bell. Twice.

TSN 1040 wasn’t just a sports radio station, it was also a place for aspiring sports journalists to learn the ropes and help propel them to jobs elsewhere in the industry. This is a massive blow to Sports Journalism in Western Canada. Thinking of everyone at 1040 this morning.

TEAM/TSN 1040 been what I’ve listened to since I was 5 in the backseat of the car all the way through today when it’s the first thing I listen to. Not music, but sports and the 1040 guys did it better than anyone. Sad day indeed

Completely shocked at the news, that is terrible. I wish all the OG's and vets at 1040 all the best moving forward, without you guys there was no Canucks gameday.

I’ve been listening to #TSN1040 since I was 8 years old when my dad would put it on the radio when he would drive me to school. I’ve been hooked to local sports radio ever since and for a period of time I wanted to pursue a career in radio because of 1040.

I remember the day Mojo radio went off the air. That was predictable because the station had not gained traction because 1040 was kicking its ass. For the number 1 sports radio station to go down in the third biggest market in Canada is plain absurd. #boycottbell

Gutted for all the great ppl at 1040. Just a sickening display by @Bell. Will never consider a Bell product again, just disgusting.

My jaw just dropped to the damn floor hearing about TSN 1040. Like what the fuck?! So many amazing people, some friends, work there or got their start there. This is absolutely devastating to the Vancouver sports scene. I'm so, so sorry to everyone impacted. Fuck. #TSN1040

Sad day for sports media in Vancouver. Will miss TSN 1040 and the hosts and crew. I grew up listening to this channel. Hope to hear from you guys soon. @BellMediaPR is shameless. @DonTaylor5 @JasonBroughTSN @BlakePriceTSN @mattsekeres @HalfordTSN @patersonjeff

Never wanted a company to fail more, hope this is the beginning of the end for @Bell

The voices TSN 1040 were a staple of my daily commute to work for the last few years. It won’t be the same without them. I’ll miss hearing talented personalities like @mattsekeres @BlakePriceTSN @DhaliwalSports @patersonjeff.