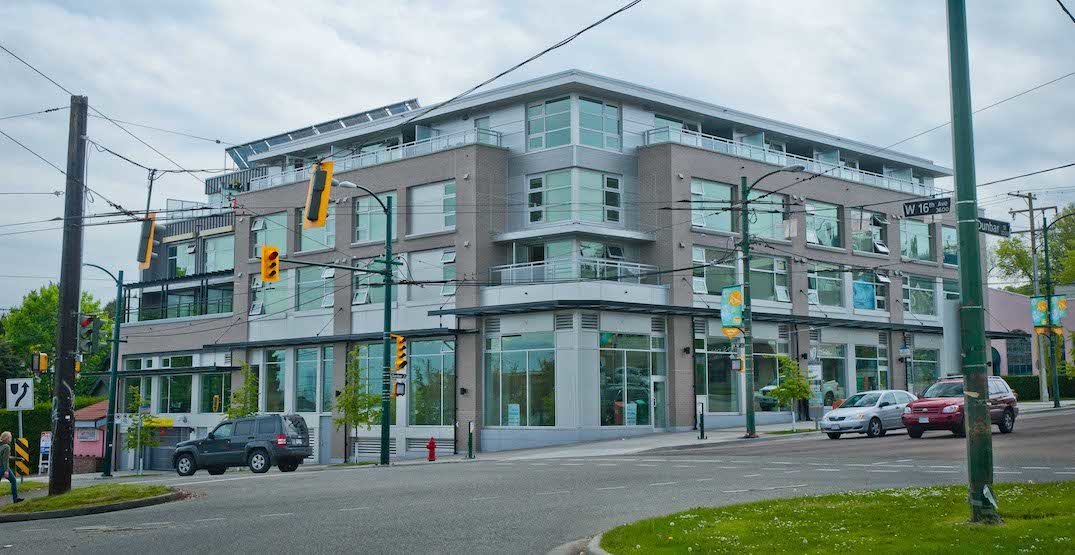 A new analysis by BC Housing suggests social housing and homeless shelters do not cause property values in the surrounding area to drop.

The agency examined the potential stigma vortex effect of 13 social housing and shelter properties across the province as separate case studies, with just two of these properties located in the city of Vancouver.

Of the 13 case studies, 11 saw increases in the assessed values in the immediate area, while only two saw decreases.

Analysts state macroeconomic conditions are more likely to have a greater influence on property values than proximity to non-market housing and shelters.

“The property values in the immediate area surrounding the cases study sites typically either mirrored or surpassed similar housing in the surrounding municipalities. This suggests the introduction of non-market housing, such as supportive or affordable rental housing, does not affect residential property values,” reads the findings.

“Global and local economic factors are the main drivers of residential real estate trends rather than the introduction of non-market housing to the area.” 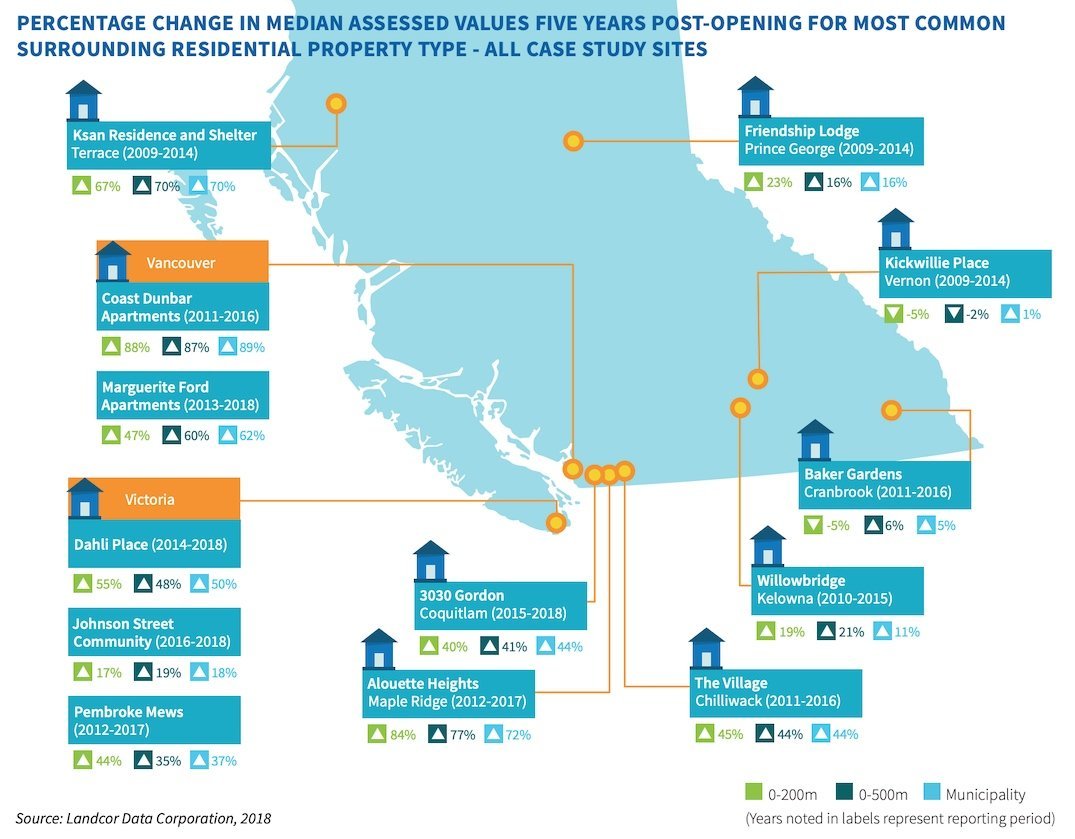 For instance, according to the data provided, the 147 properties within a 200-metre radius of Coast Mental Health’s 2011-built, 51-unit Dunbar Apartments at 3595 West 17th Avenue, deep in the Vancouver Westside, saw an 88% uptick in property values between the building’s opening in 2011 and 2018. Over a larger radius of 500 metres, with 1,074 properties, the change in property values over the same period was similarly at 87%.

The study acknowledged there were some research limitations in how analysts modelled the impact of values to surrounding areas, including the small sample size and the differences in floor area between household units, which can affect median value.