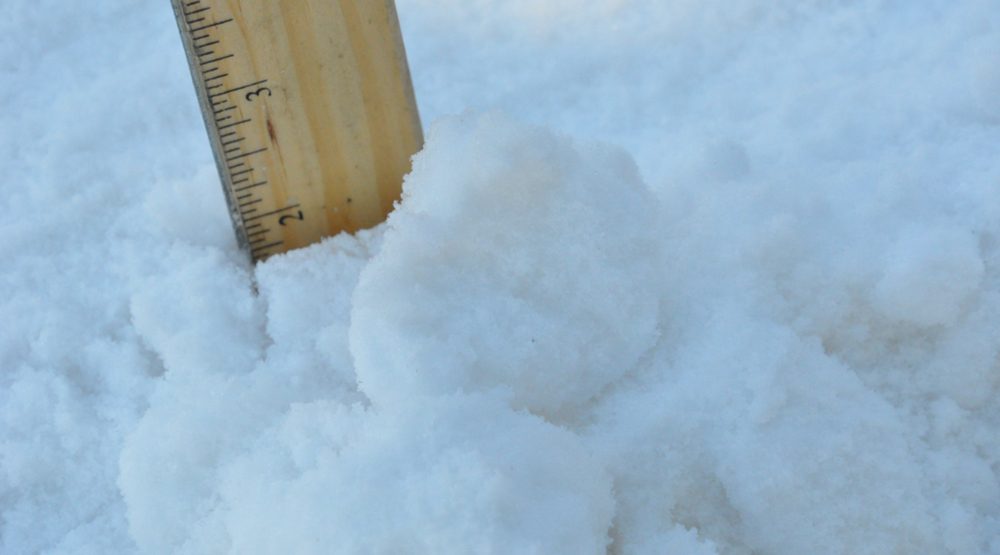 It’s been a snowy start to the weekend on the South Coast today and more is on the way.

Other accumulation amounts range from 2 cm  in Abbotsford to 10 cm in Squamish. 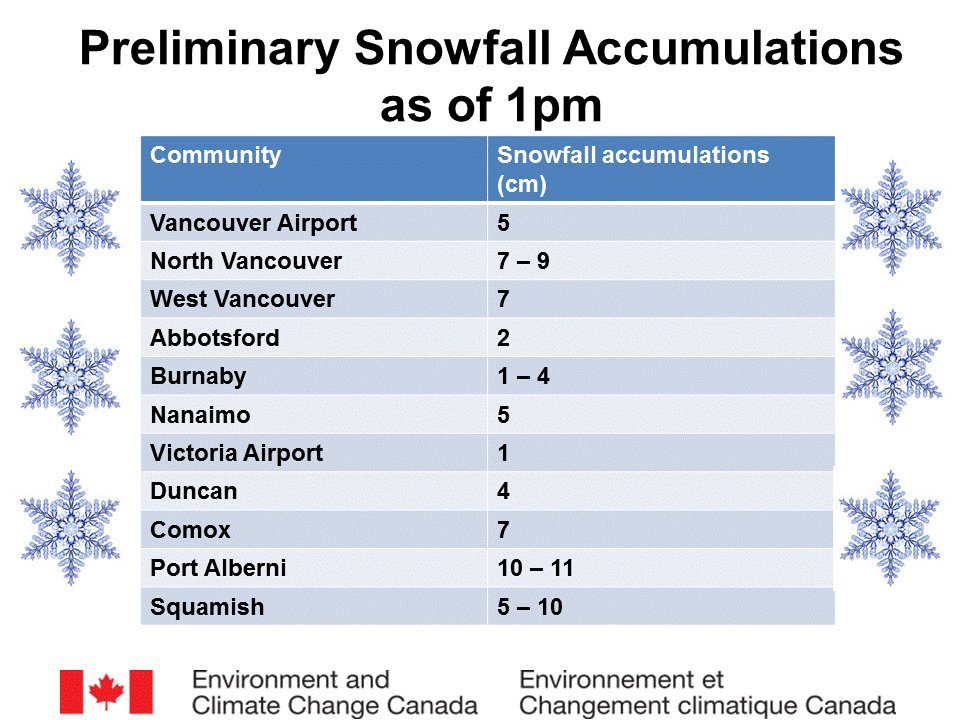 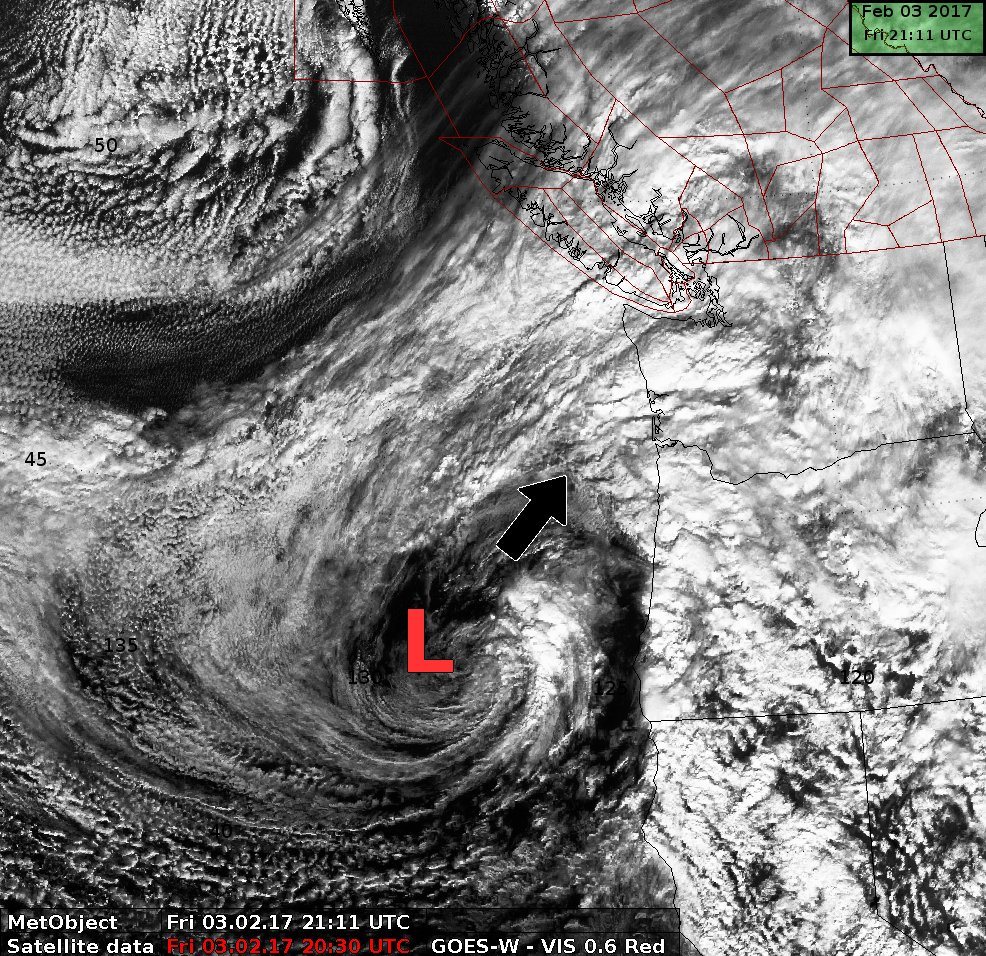 Total snowfall amounts of 15 to 25 cm are expected by Saturday morning, Environment Canada said in a release.

“A low pressure centre is bringing heavy snow to the inner south coast tonight. Five to 10  centimetres of snow has fallen since this morning,” it said.

An additional five to 15 centimetre of snow is expected by early Saturday morning in parts of the region, as well.

“The snow may become mixed with or change to rain at lower elevations especially near the Strait of Georgia tonight,” Environment Canada noted.