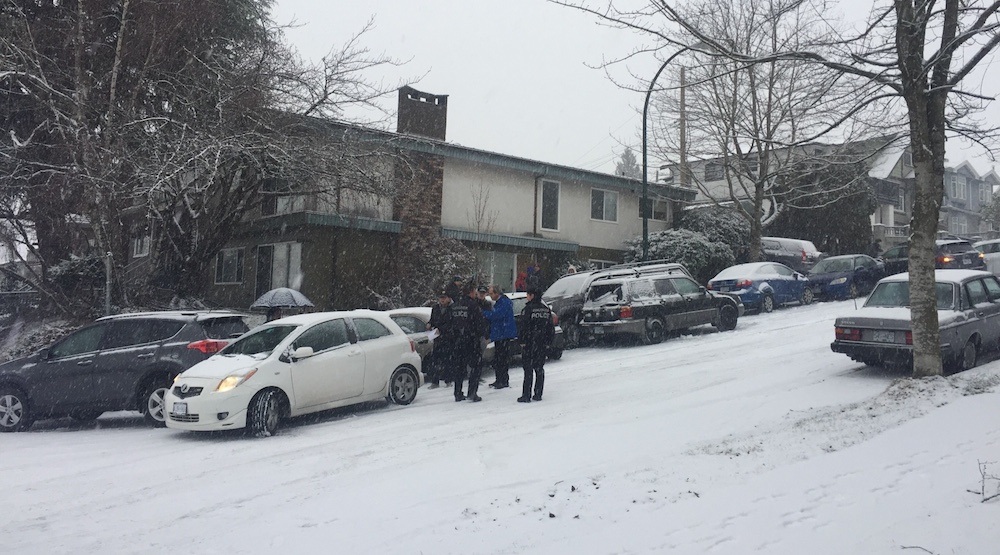 It’s turning out to be a chaotic morning commute across Metro Vancouver with snow falling in the region and accumulating.

Several centimetres of snow has already accumulated on the ground, and many arterial roads have not been plowed. And the situation is even worse for residential side streets.

For some residents in an East Vancouver neighbourhood that were attempting to take their car out this morning, it did not end well. According to Daily Hive’s Caley Dimmock, a total of 10 cars have crashed on a steep one-block span on East 29th Avenue, a residential side street, from Nanaimo to Kamloops streets.

Multi car crash at 29th and Nanaimo. Police are trying to get road shut down. #Vancouver #DailyHiveVan pic.twitter.com/dGM1YoqOT6

The road conditions are so treacherous on this street that Vancouver Police are trying to have the stretch shut down to traffic. A police officer responding to the scene was even seen sliding down the hill uncontrollably on his two feet towards Nanaimo Street.

No, this wasn’t on purpose. Stay safe out there today #Vancouver! #DailyHiveVan pic.twitter.com/Ipsc37eLkT 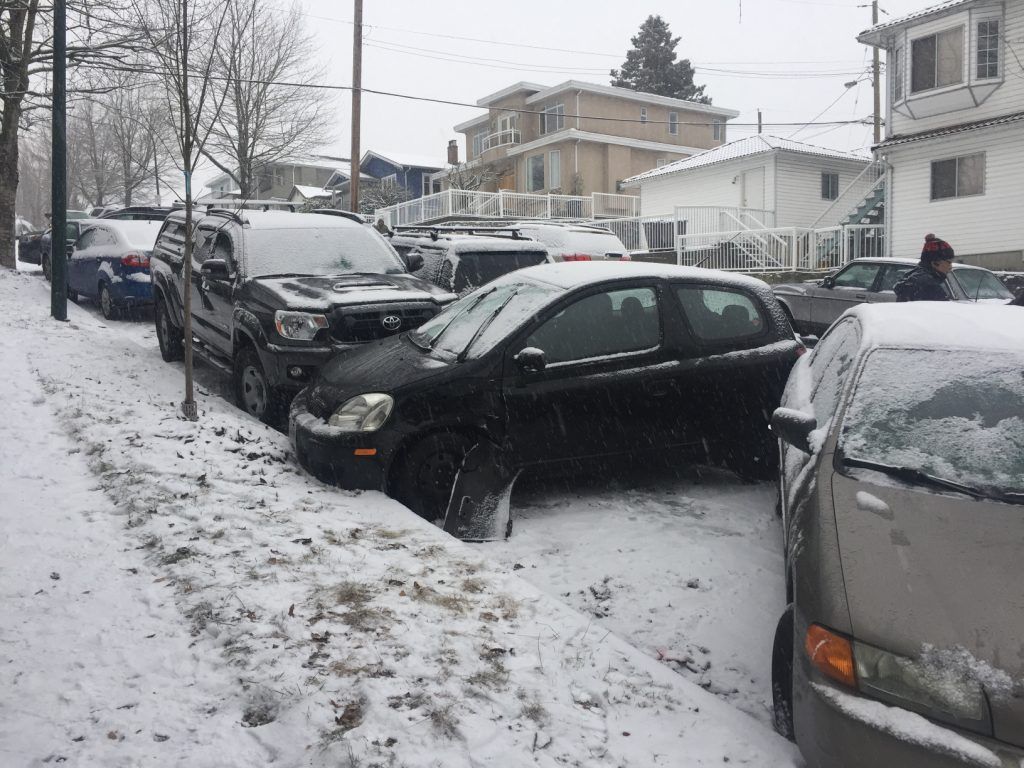 Residents across the region are strongly advised to take public transit today, if possible. However, be advised that, as of 9:30 am, there are delays to the Canada Line with no service to YVR stations from Bridgeport. Transit commuters should also expect heavier than usual volumes due to extra passengers from people who normally drive.

Environment Canada has declared a snowfall warning for Metro Vancouver and expects up to 20 cm of snow to fall from Friday to Saturday morning. More snow is also possible on Sunday through Tuesday.