A Vancouver-based company gave away 250 pairs of brand new waterproof shoes to residents of the Downtown Eastside on Friday.

SHOES.COM partnered with the Union Gospel Mission for the third annual Heart and Sole Shoe Exchange to ensure people on the DTES have dry feet for another wet Vancouver winter.

The mission started in 2014 when the company decided they wanted to donate slightly flawed footwear to people in need. It’s since become an annual tradition of giving away brand new shoes, SHOES.COM co-founder Sean Clark told Vancity Buzz.

“It’s a travesty seeing what some of these people are walking in. Just on Friday, I saw a couple instances: one, I saw an instance of a guy wearing sandals and it’s February. Sandals that were broken, and then he walked out with a pair of waterproof boots. And I saw another instance of a guy coming in with plastic bags on his feet,” said Clark. 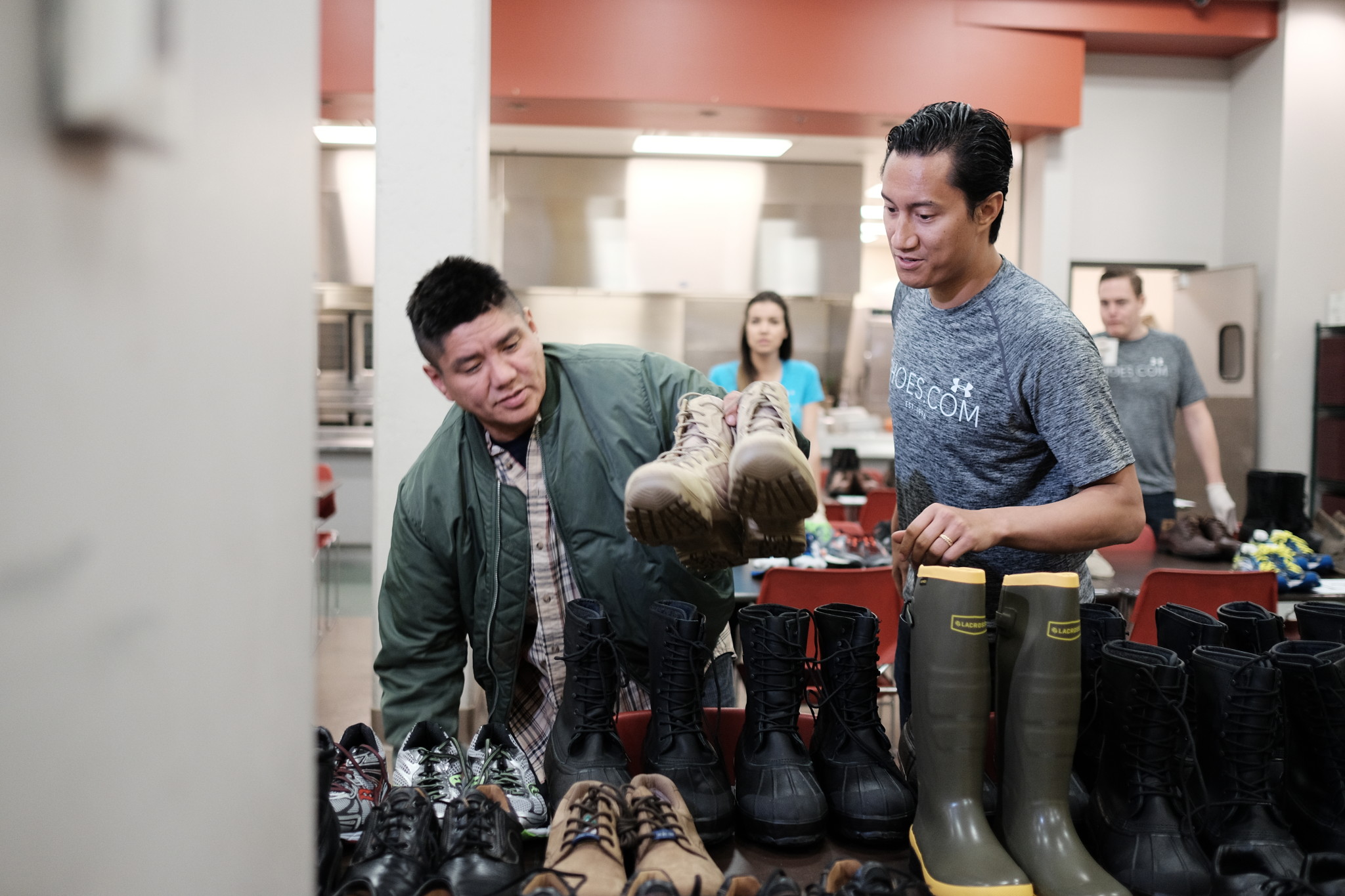 Not having access to clean, dry footwear can be a health issue for homeless people and can lead to chronic foot problems like “street feet,” which is not unlike trench foot experienced by World War I soldiers. New shoes can also give them a sense of dignity.

“People are spending their entire lives on the street, they’re outside all the time, and in Vancouver, it rains. If they don’t have footwear health, they’re going to get even more sick – it spirals down,” said Clark. “When they walked out with these new pair of leather shoes or running shoes, their head was held up just a little bit higher.” 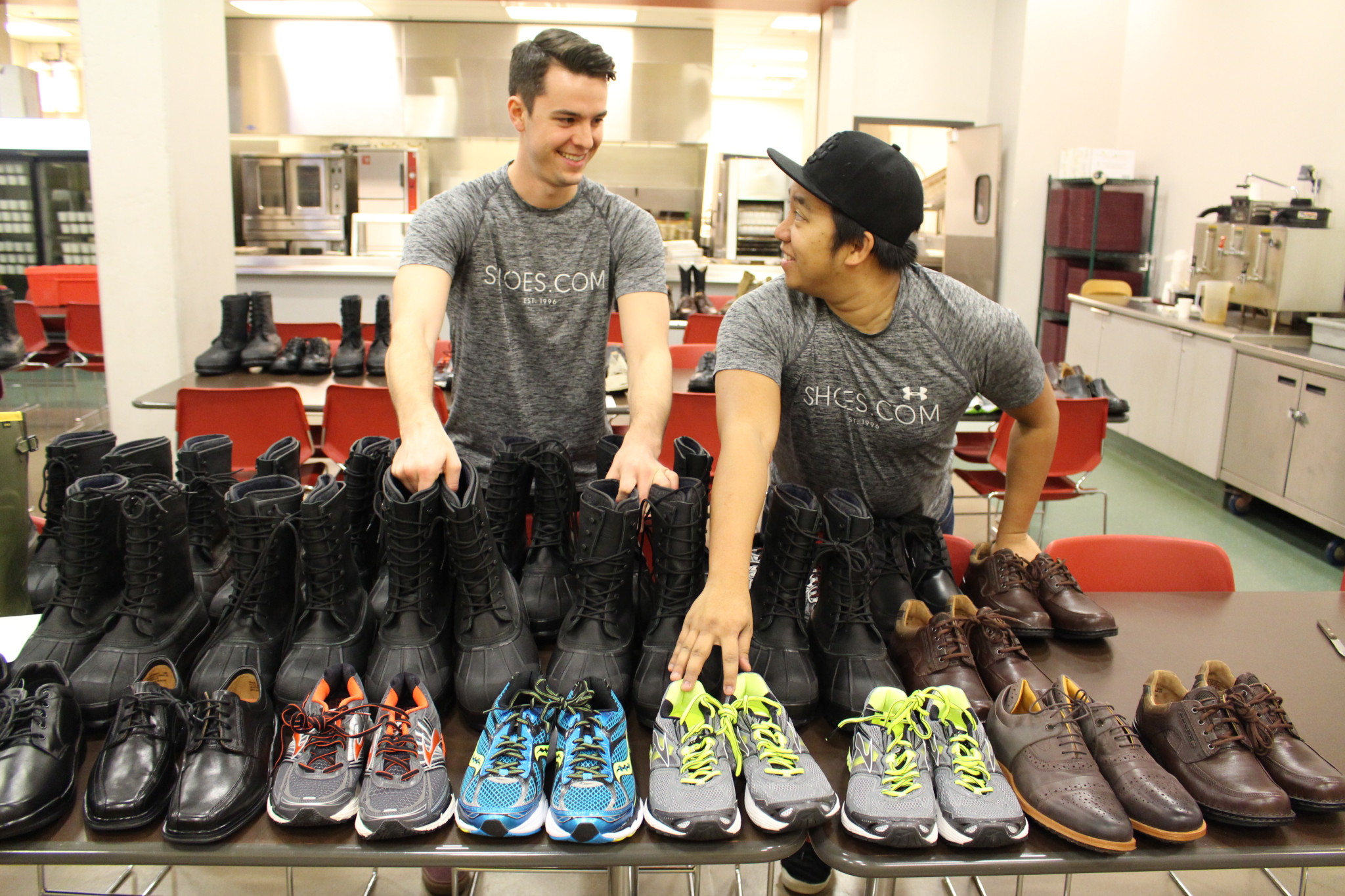 Clark said there wasn’t a single person who didn’t walk out of the Union Gospel Mission without a smile on their face that day. They even managed to find shoes for a man who wears a size 15 – no small feat.

All the while, volunteers took old shoes off the hands of the people who came through their doors, partly for convenience, and also so they don’t attempt to sell the shoes. A total of 15 SHOES.COM employees helped each person find the pair of shoes that fit them perfectly.