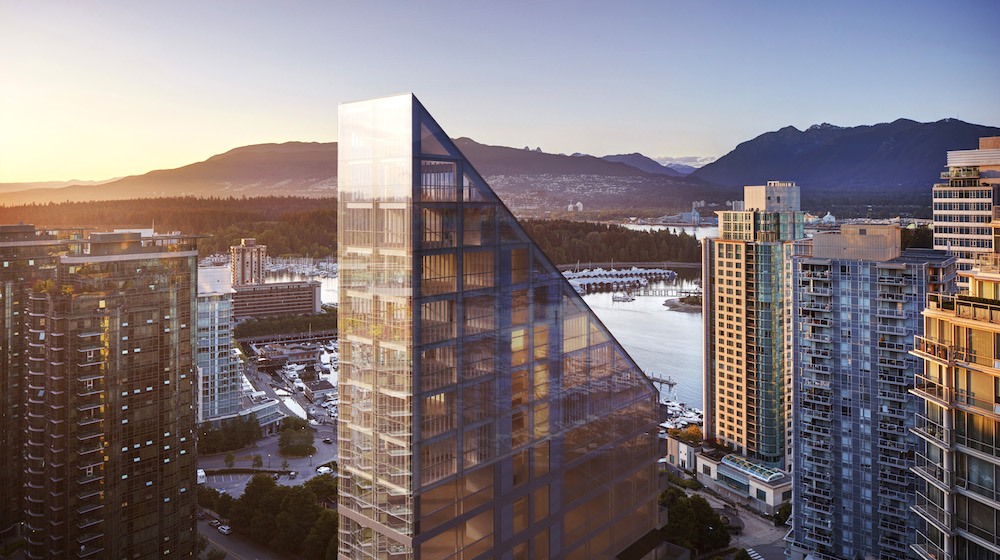 Local developer PortLiving has provided Daily Hive with a first glimpse of world-renowned architect Shigeru Ban’s design for an upcoming project near Coal Harbour Community Centre. Details about Terrace House, such as scale, height, and size, will be released by the project’s proponents later in the year.

According to a spokesperson, the wood used for the project will be exclusively sourced from British Columbia while the upper levels of the tower will be supported by a concrete and steel core, which makes the design a “hybrid” structure.

“Internationally known for his innovative use of materials, Shigeru Ban has designed this residential tower to complement and define the Vancouver skyline using sustainable building materials,” the spokesperson for PortLiving told Daily Hive. “This innovative design marks a milestone for the industry and a global benchmark for timber design and liveability.”

This will be Ban’s first project in Canada, but he is globally known for his extensive use of wood and even paper as primary building materials. This includes the paper-based Japanese pavilion at the Expo 2000 World’s Fair in Germany and paper structural designs for low-cost, rapid installation disaster relief housing projects following a number of calamities such as the Rwanda 1994 genocide, Kobe 1995 earthquake, Hurricane Katrina in New Orleans in 2005, and most recently the Nepal 2015 earthquake.

In Christchurch, New Zealand, after the devastating 2011 earthquake, Ban designed a 700-person capacity temporary cathedral made of paper tubes while plans were being made for a more permanent structure.

Ban was awarded the Pritzker Architecture Prize, the most prestigious award in modern architecture, in 2014 for his innovative work and dedication to humanitarian efforts.

At least five large, unique projects, including Ban’s hybrid tower, have been proposed in Coal Harbour just beyond the neighbourhood’s borders in the West End.

Additionally, another major timber-based building is also currently in the process of being built at the University of British Columbia. The so-called 18-storey Tall Wood Building, the first phase of the Brock Commons Student Residence complex, will house 408 students when complete in summer 2017. 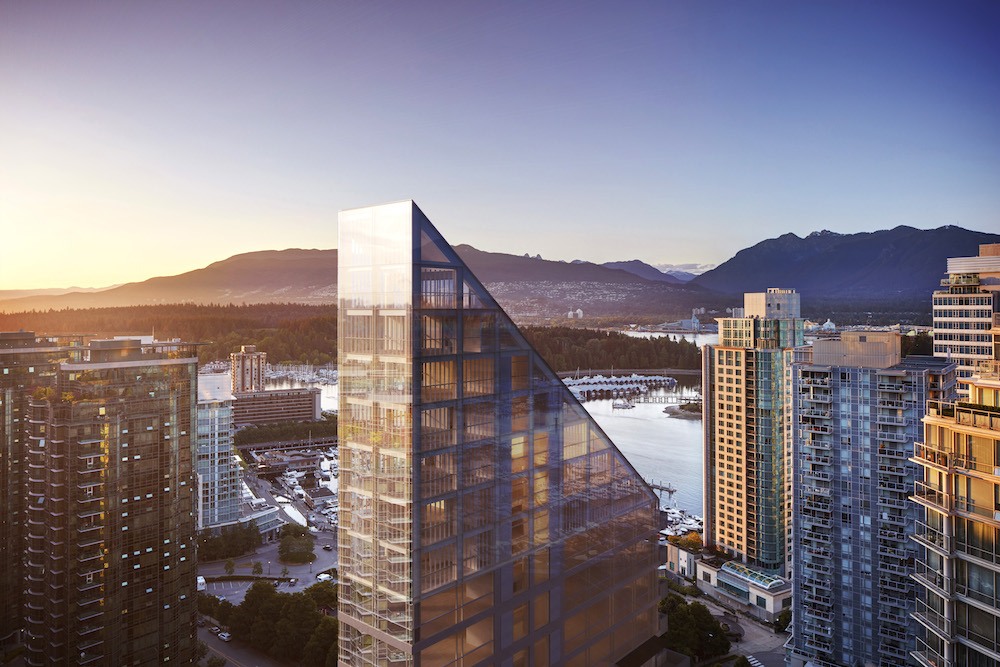