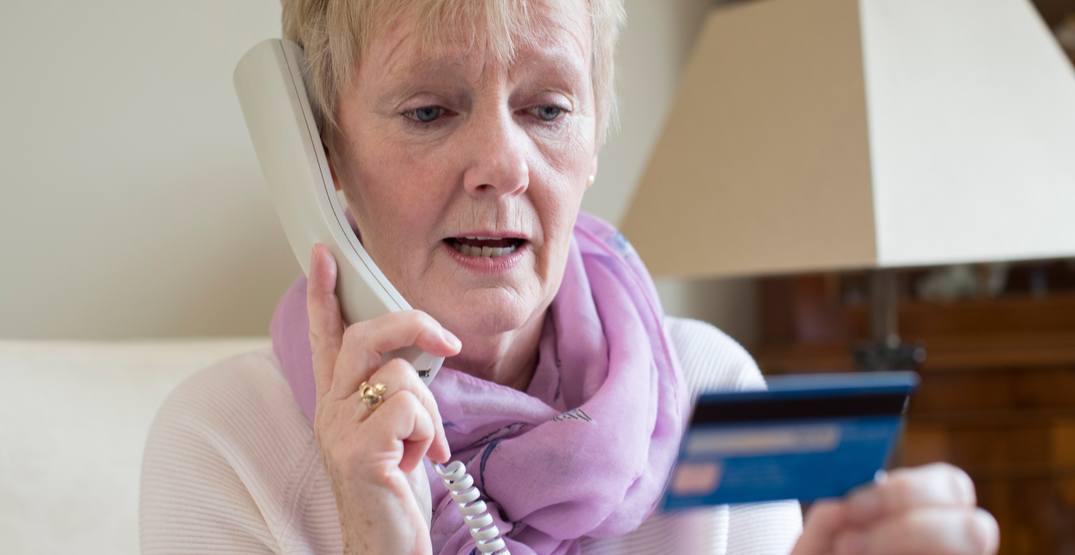 Vancouver Police are sending out a warning after local seniors were defrauded out of $3.1 million in five different cases.

Police say that in each case, a fraudster called an elderly person on a landline and pretended they were an employee of a jewelry store or a police officer.

In two of these cases, investigators were able to recover just over $2.5 million of the stolen money.

The seniors were convinced that their credit card had been fraudulently used to make a large purchase or that the police required their help with a fraud investigation.

The seniors were then told to hang up and call their bank or 9-1-1.

The victims would proceed to hang up the phone and pick it back up. They would hear a dial tone and call their bank or 9-1-1. Police say the fraudsters never disconnected the line and just played a recording of a dial tone before answering and pretending to be a police officer or a bank representative.

After a number of calls, the seniors continued to think the fraudster was a police officer or bank representative and were convinced to transfer large amounts of money to overseas accounts.

“Awareness is the key to preventing phone scams like this one. When you use a hardline phone, anytime you hang up there is an opportunity for someone to still be connected with you on the other line,” says Sgt. Jason Robillard with the Vancouver Police Department.

“Consider using a cell phone or make sure you are disconnected after you hang up.”

The investigation is ongoing and police believe there could be additional victims who have not reported the fraud. Anyone who has been a victim of this scam or has additional info is asked to call Vancouver Police investigators at 604-717-0503.