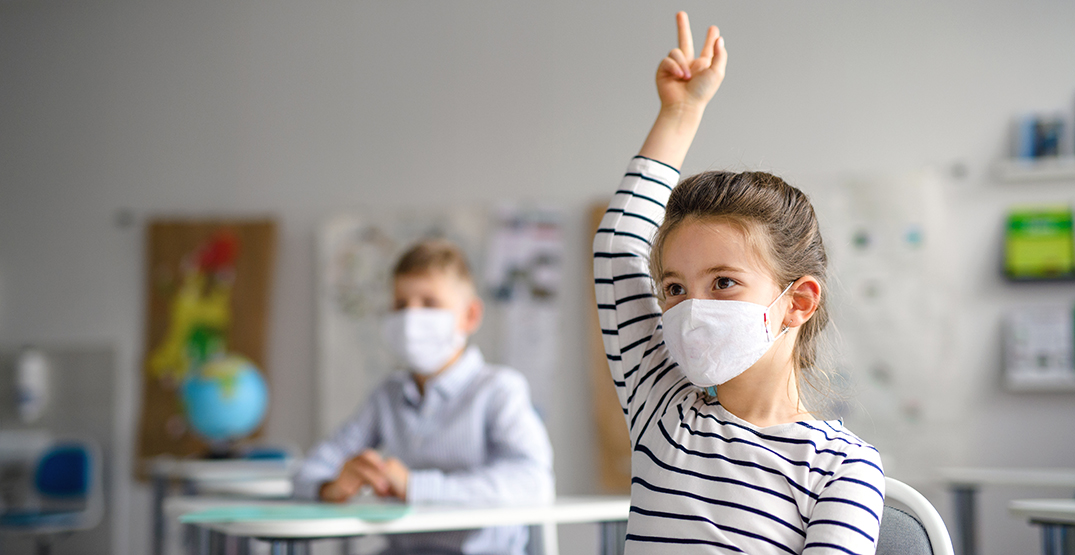 What COVID-19 protections should be or will be implemented in BC schools is top of mind for many parents with the start of the new school year just a month away.

One Vancouver School Board trustee candidate, Dr. Karina Zeidler, is running on a platform to implement masks as she says it will protect students and the community from COVID-19.

She said if she is elected in the fall, she will work to bring universal masking back to Vancouver public schools.

“Universal masking is one of the easiest, quickest things that we can do [to help decrease transmission],” she said. “Kids are used to it, they’ve done it. Parents are used to getting their kids ready for school and having that as part of it. Teachers have been teaching in classrooms with masks. So it’s something that everyone is familiar with, and I think it would be an easy thing to put in place.”

Zeidler says it compromises the health, safety, and education of children most vulnerable to the disease.

“The thing that really amazes me is that it’s so discriminatory not to have universal masking in schools,” she said. “Missing a mask mandate… affects mostly people who are already marginalized and that includes… immunocompromised children with disabilities, low income children, Indigenous and racialized children and their families.”

“Despite all of the narrative that [COVID-19] is over and we should just learn to live with it or ignore it, it’s still a massive issue,” she added.

In an email to Daily Hive, the Vancouver School Board said the school district is following the health and safety guidelines provided by the BC Centre for Disease Control.

“As per the current guidelines, the decision to wear a mask beyond what is recommended by public health is a personal one, based on individual preference. All schools are mask friendly environments. Staff and students who choose to wear additional personal prevention measures are respected.”

To support schools in this era of COVID-19, he said, schools should be set up to send anyone who is sick home, regardless of the circumstance.

“We have to accept that COVID is not gone and there is no time in the foreseeable future that we can expect it to be gone.”

Conway says he believes the COVID-19 guidelines the province has now is “where we need to be.”

“I do not think that the start of school will be a superspreader event. There’s no evidence to think that going forward,” he assures.

Instead, Conway encourages families, teachers and children to have conversations about the importance of vaccines as BC kids have the lowest immunization rates out of all the age groups.

“We’re still not doing great in the five to 11 group. About half of eligible children have received vaccinations. I would use the beginning of the school year to have a discussion around that as much as anything else.”

“We have, to me, a bit of a cognitive dissidence, in a sense where people are saying, ‘Well, we should reimpose masks mandate,’ rather than saying, ‘We should really have a good chat about getting the other half of the children aged five to 11 vaccinated because that’s what’s helped the adults, its helped the older population.'”