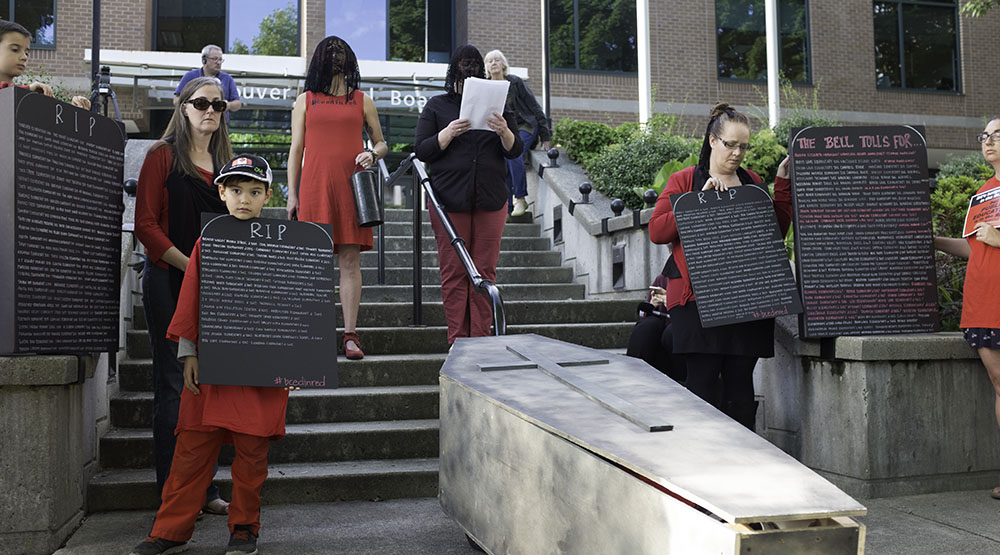 The Parent Advocacy Network held a funeral for B.C. schools at the VSB on Monday (Jenni Sheppard)

A group of activist parents held a mock funeral for BC schools on Monday night, only hours after the Vancouver School Board released a list of schools that may be closed down.

About 20 activists from the Parent Advocacy Network, dressed in red and black, gathered around a fake silver coffin in front of the VSB building at around 6:45 pm.

PAN co-founder Andrea Sinclair, wearing a black veil, read out a list of BC school names, including 242 that have closed in the last 15 years and many more slated to close.

After the reading, the group held a moment of silence, then tolled a bell in memory of the schools, before carrying the coffin and gravestone bearing the school names into the VSB. 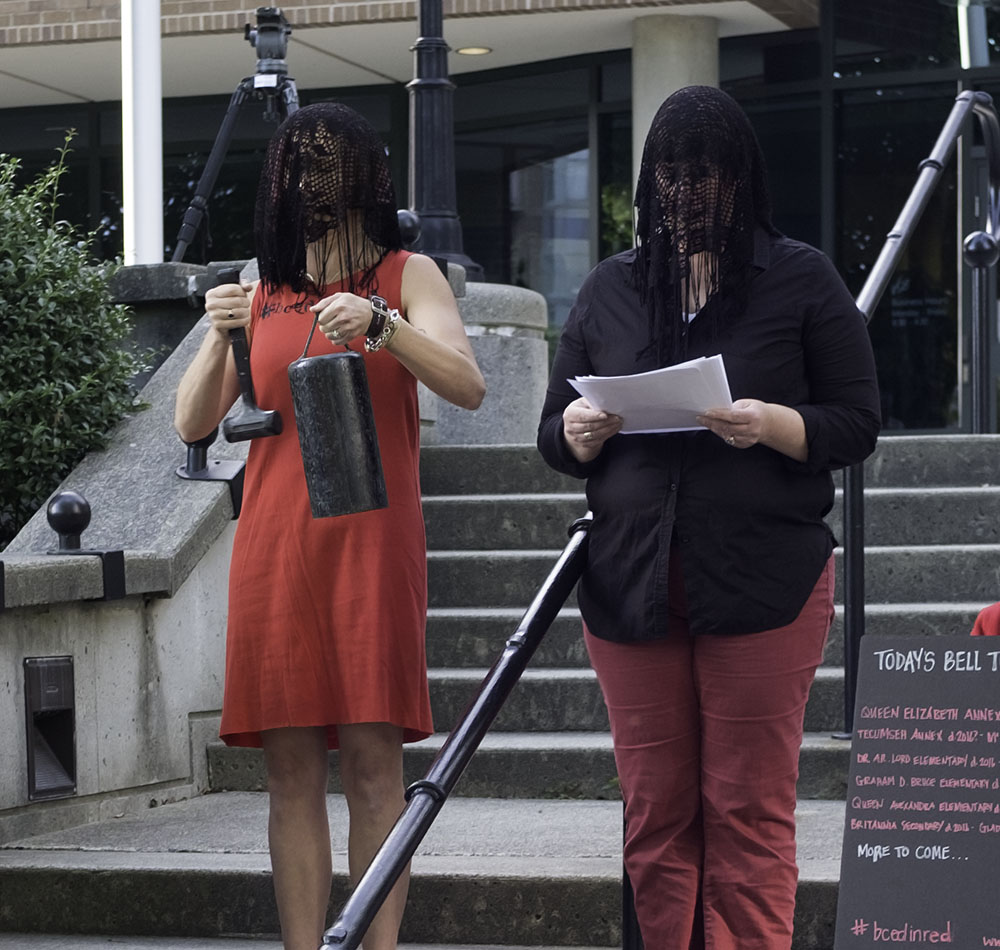 Sinclair, who has two children currently in Grade 6, told Daily Hive she hoped the event would make people aware of just how many schools have closed in BC over the years.

“These are communities that have been displaced, disrupted, there’s a negative impact to all of those families,” she said. “You’re messing with people’s lives.”

She said once a school closes it has a massive effect on the community – and if you haven’t felt it yet, you will.

“Once you put a name on a list people start to react with all their hearts and emotions… It starts to disseminate the community, even without meaning to.”

Parents move away, or switch schools, and teachers start looking elsewhere for a job, in case the school listed does closed, she says.

“It’s an upheaval to their lives.” 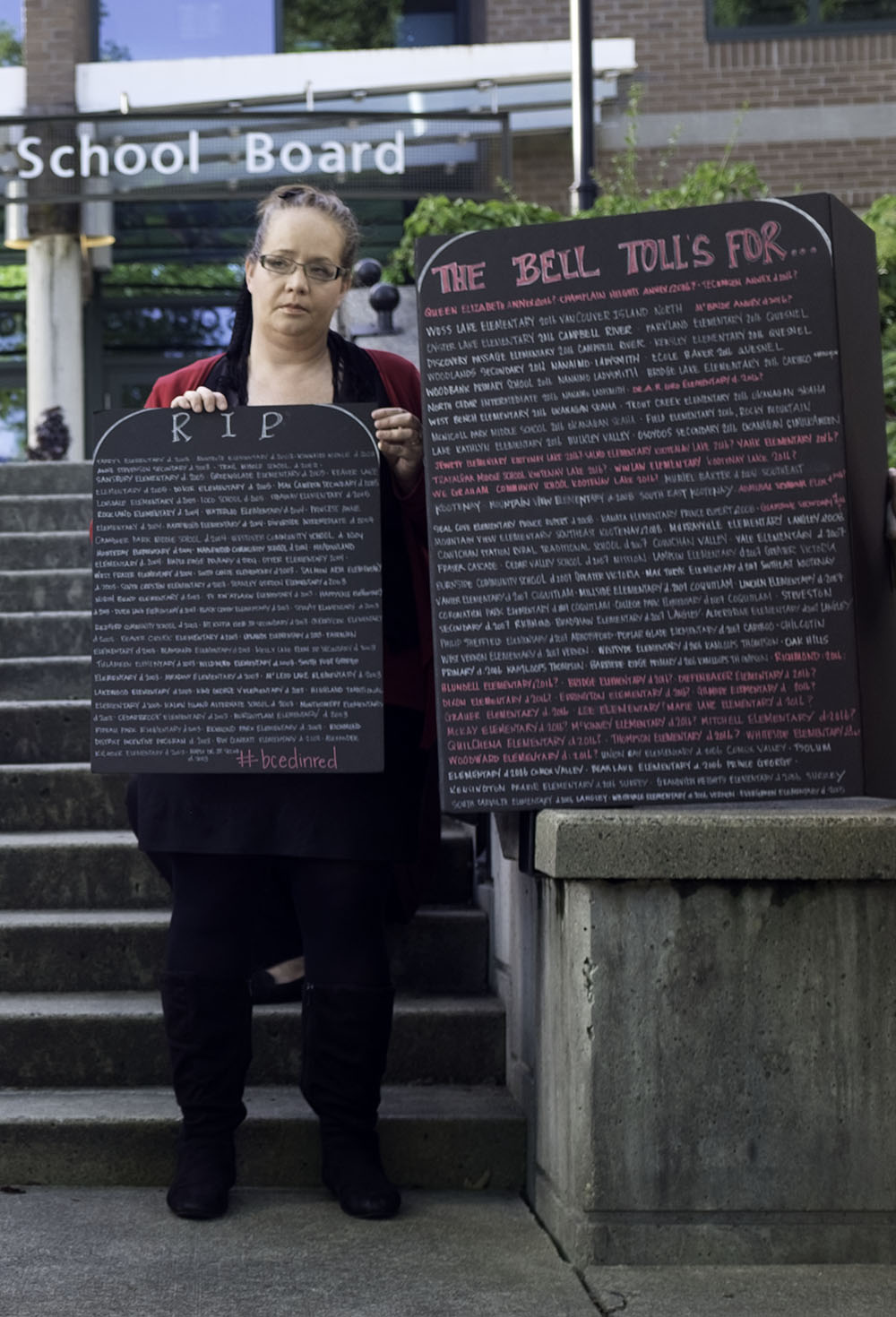 Sinclair is calling on the provincial government to provide stable annual, predictable funding to school districts.

“The school board needed to do what they needed to do and I can’t fault them, they’re up against the wall…[The government] is not making education a priority.”

Jennifer Stewart, who is a member of both PAN and Families Against Cuts to Education, says the Vancouver school closures are a symptom of a bigger problem across BC.

“I strongly believe BC is going in the wrong direction. We’ve de-prioritized public education to the detriment of our future and our children’s future and I think we need to change that.” 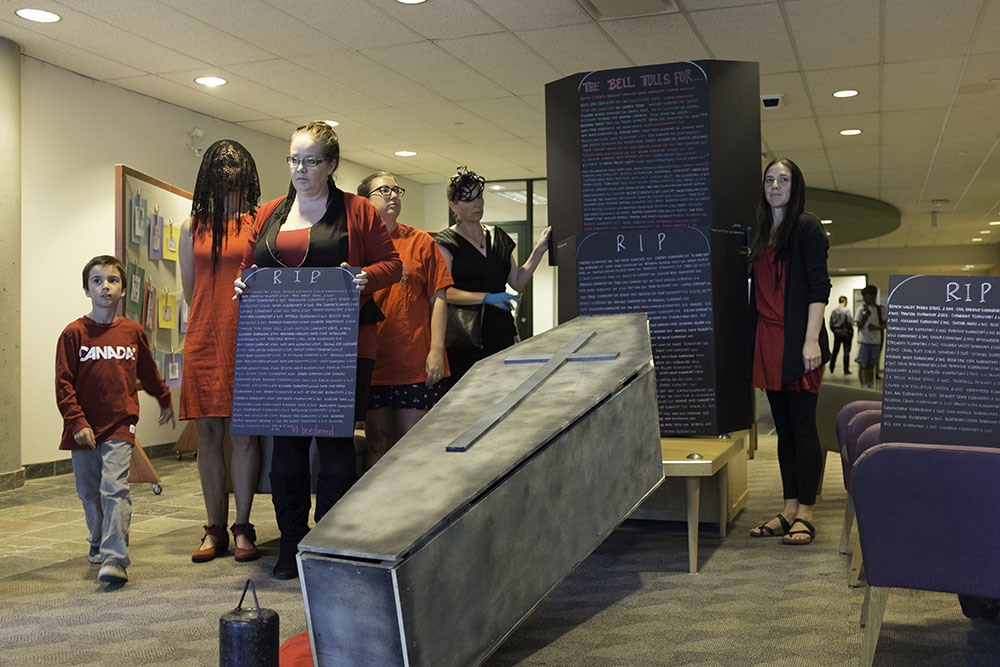 Both Stewart and Sinclair criticized the current per pupil funding model, in which a school is given less money when it has fewer pupils, but still has to run the same facilities at the same cost.

“That model is broken and it is doing severe damage to our education system and it needs to change,” said Stewart, who has two children herself.

They both also criticized the government’s “scattered” and “photo op” approach to funding schools – demanding cuts of $54 million, then a few months later giving back $25 million.

“How can boards make long-term plans based on that? They can’t,” said Stewart.

“We need to fix this. Education is an investment in the future and we’re not treating it with the priority it deserves.”

Sinclair urges parents to write to their MLA.

“Start advocating in the small ways that you can, because the parental citizen push back to the government is the thing that will push it into change.

“There’s great power in people and we don’t realize how many of us we are.”