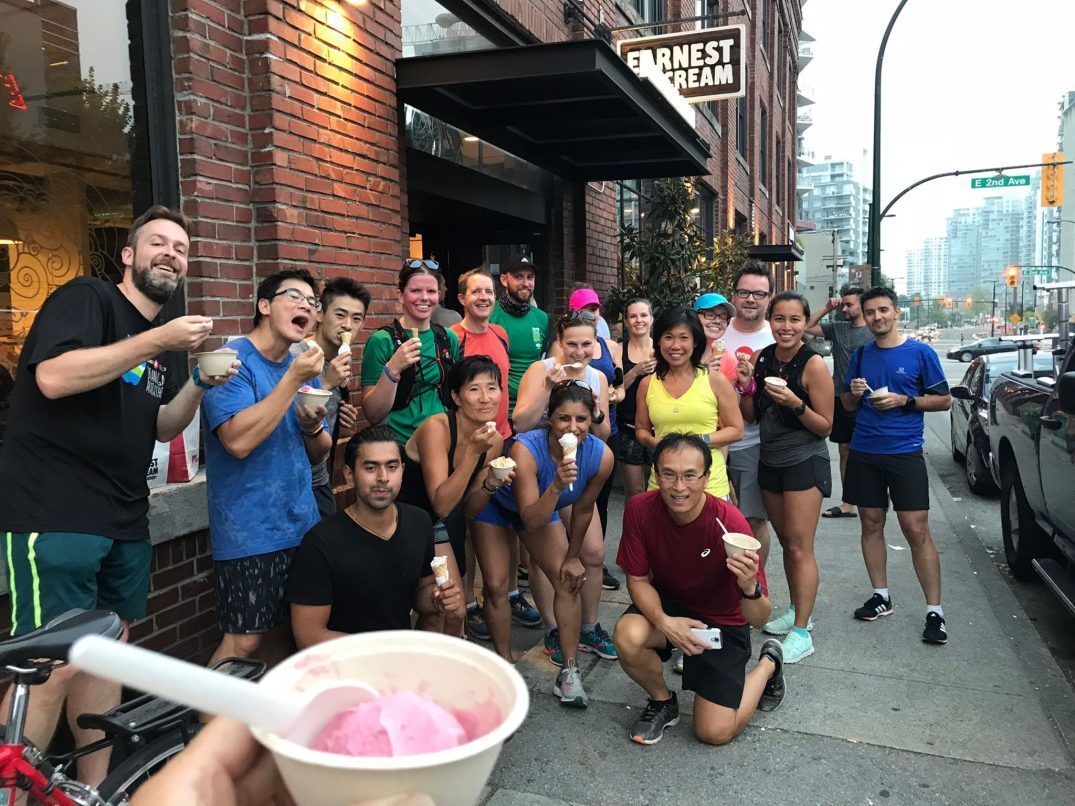 Luckily for us, there are lots of running groups to choose from in Metro Vancouver who put an emphasis on post-run fuelling. It all just depends on what you’re craving for during the week.

One of the largest run groups in Vancouver gets together every Monday at 6:30 PM at a pre-selected East Van brewery. They head out for a 6 to 10 km run first, with routes varying week-to-week that showcase East Vancouver’s graffiti alleys and diverse culture. After that, it’s time for beers at the brewery. They’re known to regularly hit up Parallel 49 and Red Truck but they like to keep things spicy. EVRC’s mantra is #nojerksallowed so it certainly won’t be hard to meet at least 10 new friends at an EVRC run. Meeting locations and other details are shared on their social media below: 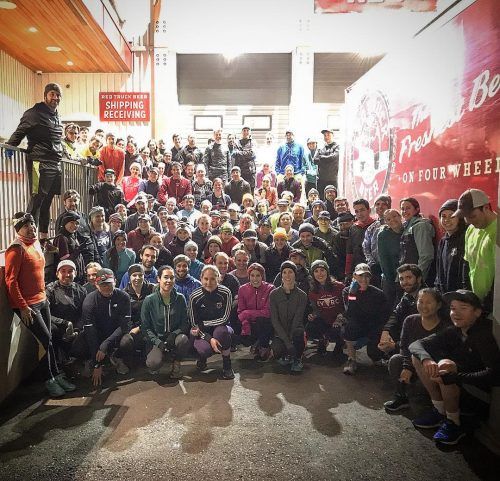 Wednesday Nighters with Hustle for Hops

There is a run group operating out of Brewers Row in Port Moody called Hustle for Hops. Based out of Yellow Dog Brewing, this eclectic group meets weekly on Wednesdays at 5:30 PM for a trail run and beers. You can expect a nice jaunt up Rocky Point towards Old Orchard Park or an alternate route towards Barnet Marine Park. Run as short as 6 km or push yourself to go at least 10 or 11 km with some of the more eager runners. After a good trail run, there’s nothing better than a nice cold beer. So grab a pint with them, after all, that’s really why you went to the burbs, right? Stay updated with the group on their social media. 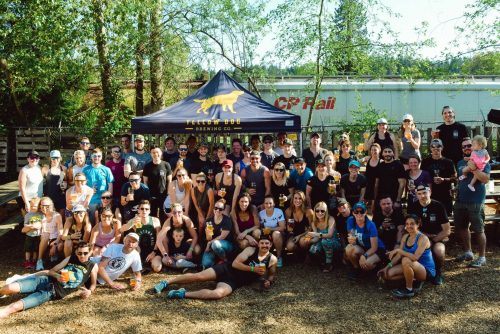 If you’re out in the Burnaby, check out the North Burnaby Runners who regularly gather on Wednesdays at 6:30 PM. Dageraad Brewing, near Production Way SkyTrain station, is their usual hangout but have visited other breweries in the area. Routes are about 8 km long, touring the Burnaby Lake area, the lower Burnaby Mountain trails and the surrounding neighbourhoods. They are flexible and you’ll probably find others to extend the route with or cut it short. This tight-knit group loves to socialize and great conversation over post-run beers is highly encouraged. On an off chance, they also do crave a different type of carb and go for sushi instead. All run details are found on their social media. 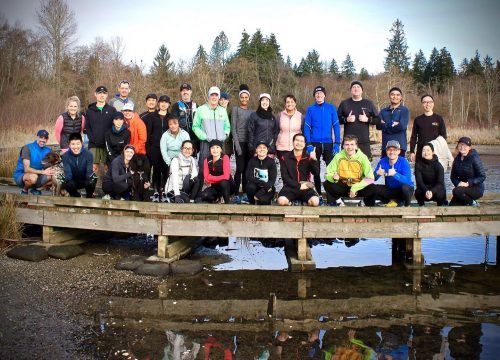 A good run is the best way to kick off a weekend and you can do so with the West Van Run Crew. Their Saturday morning social runs happen weekly at 9:30 AM, starting at Caffe Artigiano in Park Royal. They’re a great group to join if you’re a beginner as it is a no-drop run. Some areas they frequent are the scenic West Vancouver seawall, the Spirit Trail towards the North Shore Automall and over the Lions Gate Bridge for some spectacular Burrard Inlet views. Once the run is done, everyone reconvenes at the cafe for a chat over coffee and pastries. 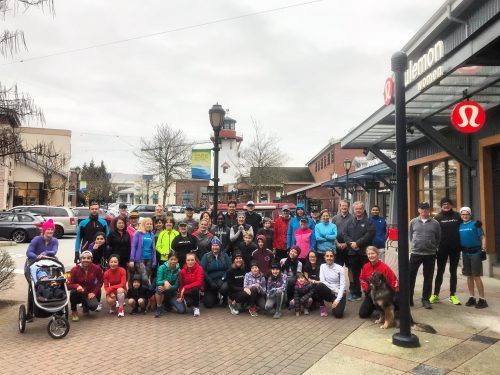 Did you know that possibly the largest running group in the world has its very own Vancouver chapter? The Mikkeller Running Club from Copenhagen stemmed from a brewmaster and his longtime friend wanting to lose weight without sacrificing good beer and food. You can now find more than 180 MRC clubs all over Europe, the Americas, Asia, and Oceania. The Vancouver chapter meets on the first Saturday of the month at an aforementioned brewery for a 6 to 10k run. The group tends to start a little later (10:30 – 11 AM) so that they get back by the time the shop opens. Some of their favourite beer halls include Bells & Whistles, Brewhall, Parallel 49 and Luppolo. The monthly commitment, later start, promise of good beer and great company are an easy sell. Find out where they’ll be next in their social media below: 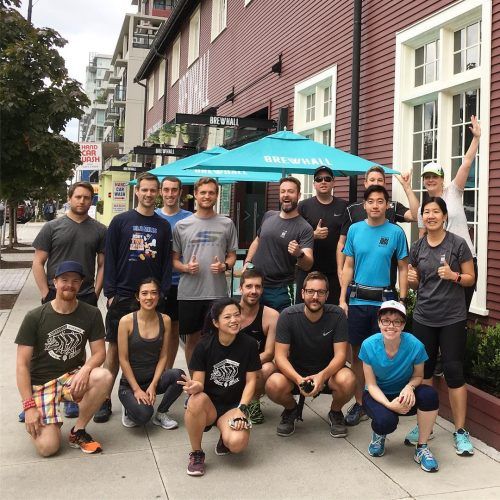 You had me at ice cream and donuts. The premise is simple: meet at an ice cream or donut shop, go for a 5 to 10k run, and then load up on sugar. In the winter, the group meets one Saturday a month but will be more frequent by the summer. Expect alternating weekly Tuesday and Friday ice cream runs as the temperature goes up. Some of their recent stops include Their There, Lucky’s Donuts, Cartems Donuts, Earnest Ice Cream, and Dolce Amore. They make it a point to choose places with vegan and/or gluten-free alternatives to suit everyone’s diet. Nobody will be left behind as each route has its own sweeper. If you want to partake in the sugar rush, check out the updates on their social media. 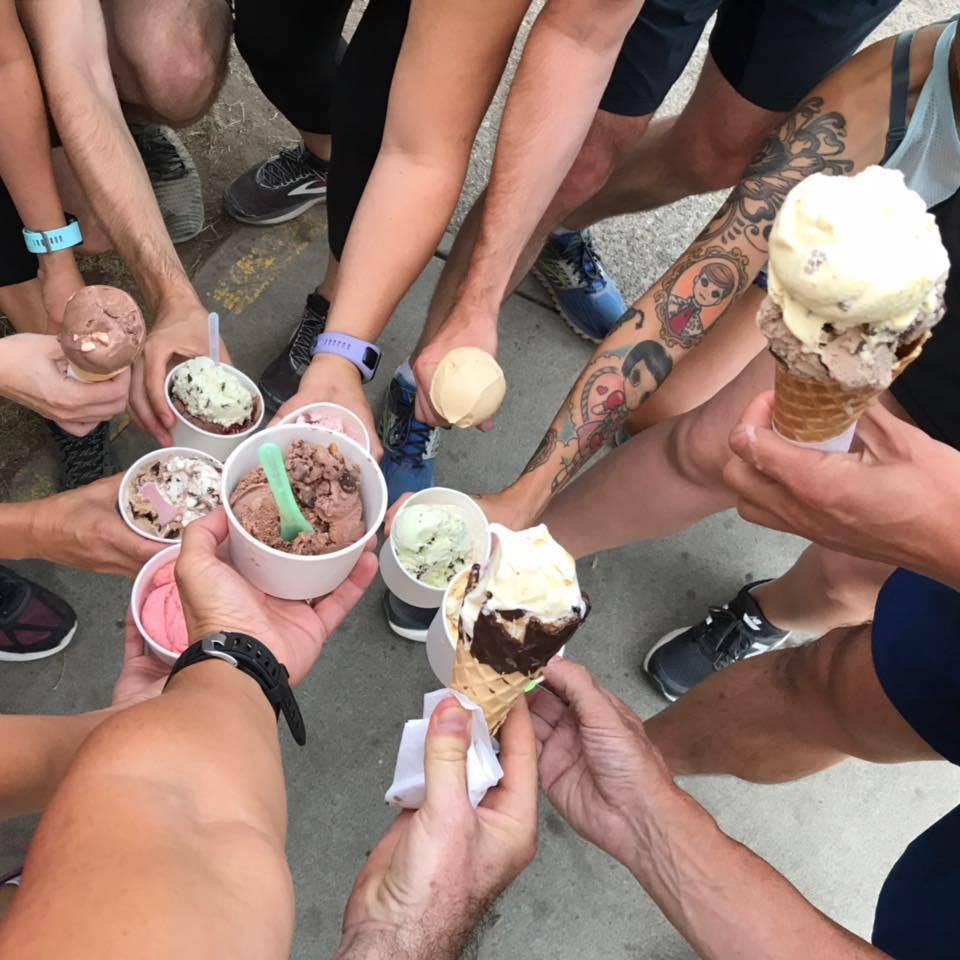