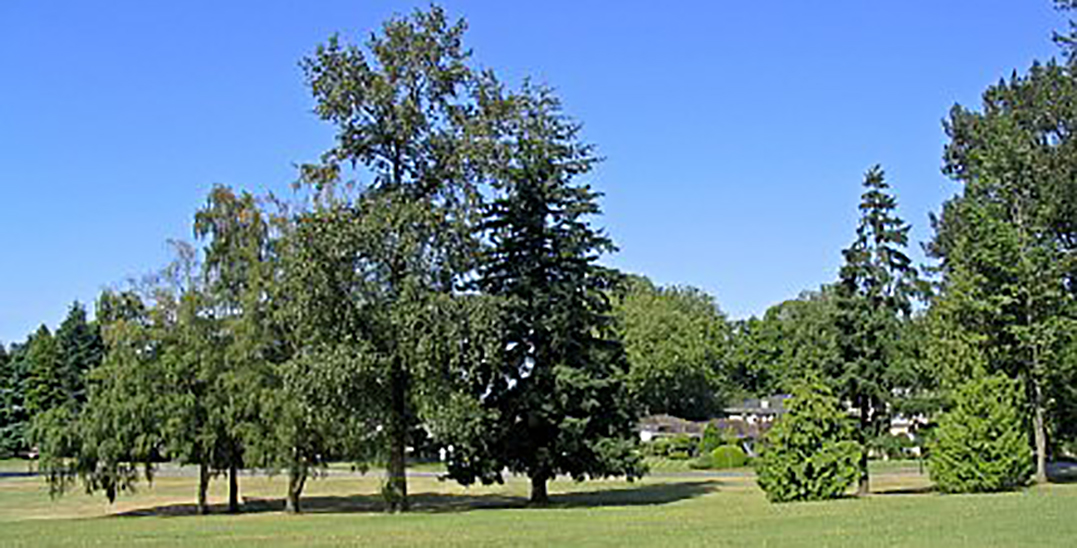 More than half a dozen trees in Vancouver’s Riverview Park were defaced with racist graffiti over the weekend.

The Vancouver Park Board (VPB) says in a statement that “spray-painted swastikas,” along with the words “white power,” were found on at least eight trees on Saturday, February 27.

The park is located in the city’s Marpole neighbourhood at 1751 W 66th Avenue and offers both open and sheltered areas, including a children’s playground.

“We are heartbroken and enraged to learn several trees in Riverview Park have been defaced with racist graffiti,” says the VPB in a statement.

We are heartbroken and enraged to learn several trees in Riverview Park have been defaced with racist graffiti. If you have any information on this case, please contact 311. [Full statement below] pic.twitter.com/MD9f5TTZUZ

“We stand in solidarity with the Indigenous, Black, racialized and Jewish communities targeted by these messages. These messages are intended to create shock, fear and division.”

The Park Board also said in the statement that crews were already in the process of removing the vandalism. They also asked that perpetrators, witnesses, or anyone with information call 3-1-1 to be connected with the Vancouver Police Department (VPD) or the City of Vancouver’s Equity Office.

In early February, the VPD released its end-of-year report to the Vancouver Police Board. One of the findings was that hate crime incidents in 2020 increased by 97% compared to 2019.

Premier John Horgan called the data “deeply troubling,” adding that “there’s more for us to do in our stand against racism and hate in all its forms.”