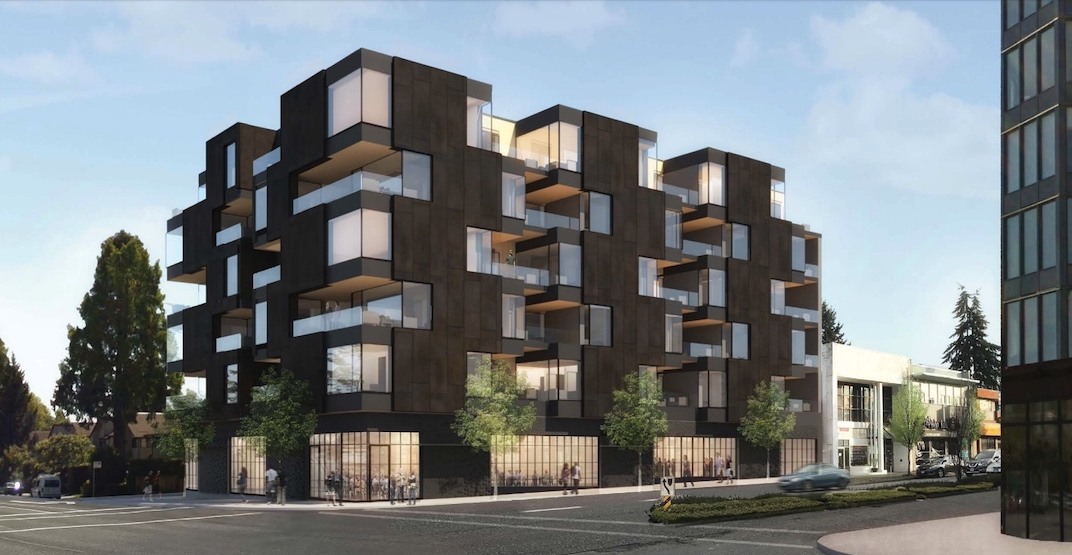 Four of the projects are located along the Cambie Street Corridor, while the fifth and smallest project is located on the Arbutus Corridor.

The largest approval is the rezoning for the mixed-use tower redevelopment at 445 Kingsway with 215 rental homes.

Here is a rundown of this week’s approvals:

This redevelopment, just one block south of SkyTrain’s King Edward Station, will be a six-storey, wood frame building with 26 condominiums. It will replace a single-family dwelling.

The contemporary design by Billard Architecture and Tygate Development Group is inspired by the British monarchy.

“Using the monarchy as an inspiration, the weight of black brick is used to reference strength and history while the expanse of glass and vertical white metal and coloured glass fins speak to the jewels of the crown and the Queen herself,” reads the architect’s design rationale. 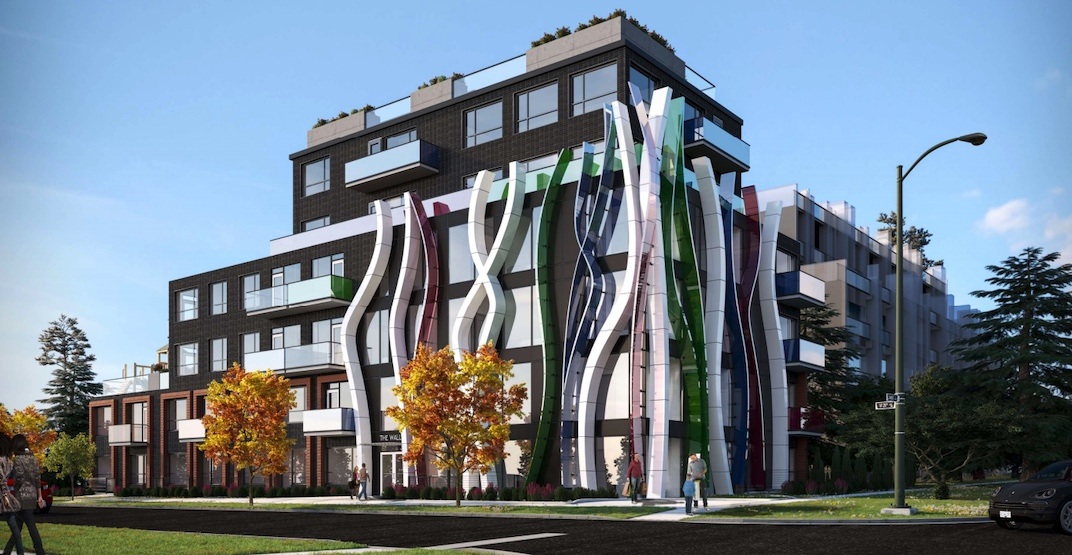 A total of 23 condominiums will replace a pair of single-family homes. The developer is Benest Homes. 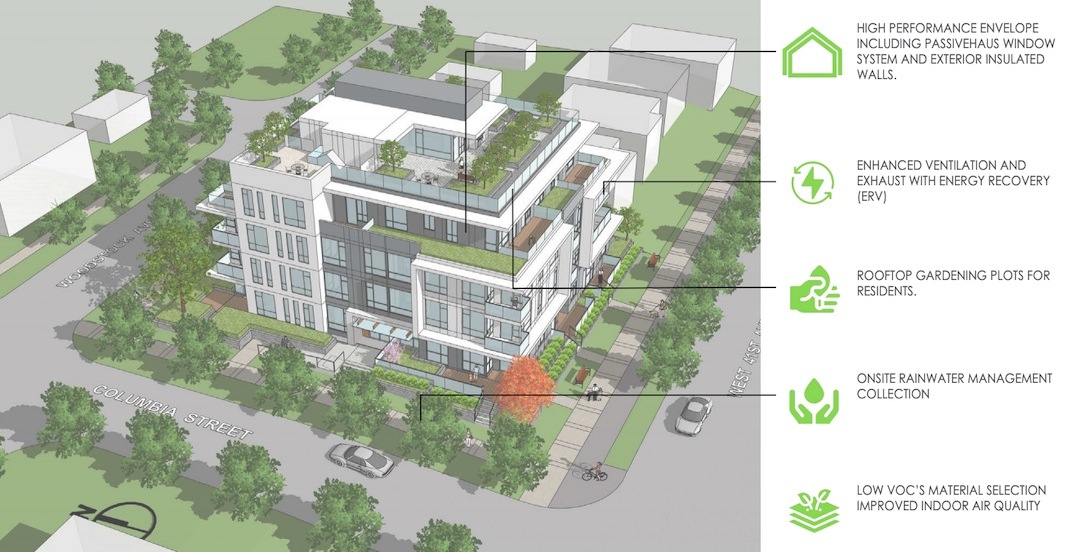 This project, also designed by GUD Group for Bohan Developments, is located about three blocks north of SkyTrain’s Marine Drive Station. A single-family dwelling will be demolished for 29 condominiums. 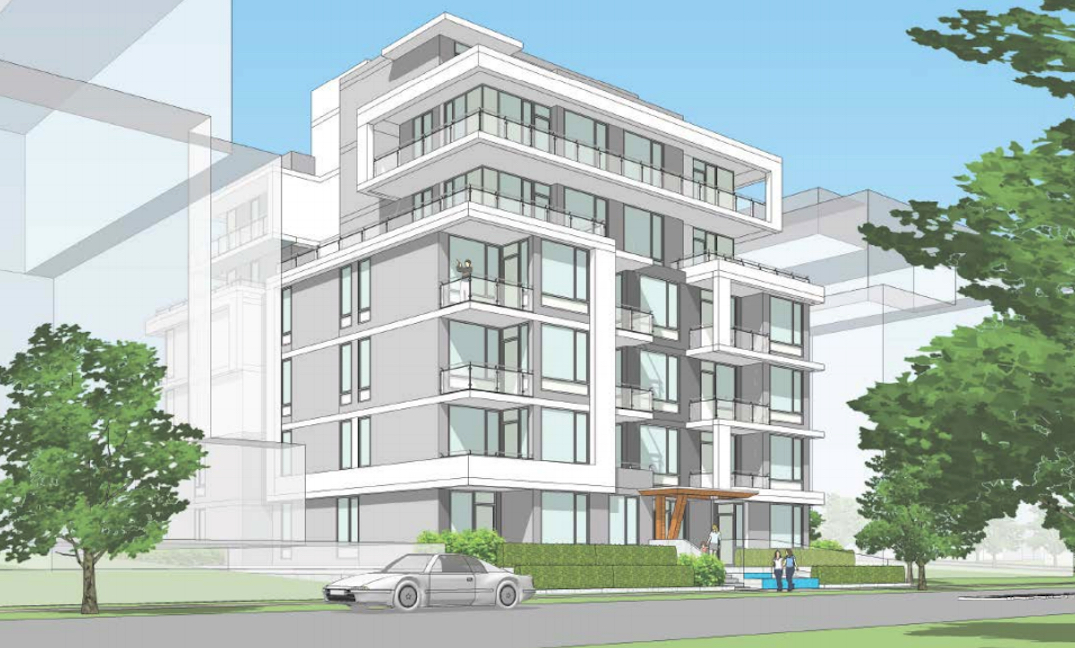 Wesgroup will turn the former Chevron gas station at the southeast corner of the intersection of Cambie Street and West 16th Avenue into a six-storey, mixed-use building with Passive House green design standards.

It will contain 8,000 sq. ft. of retail and restaurant space on the ground level, and 48 condominiums on the upper levels.

“The facade ‘shift’ breaks down the mass of the building; the expression and scale of the shifted units relates to the residential neighbourhood to the east, while the overall height and the dynamic and open retail spaces on the ground level engage the lively rhythms of Cambie Street,” reads the design rationale by Seattle-based Olson Kundig Architects.

“As a gateway to the Cambie Corridor, this project seeks to activate this important corner and threshold into this revitalizing part of the city.” 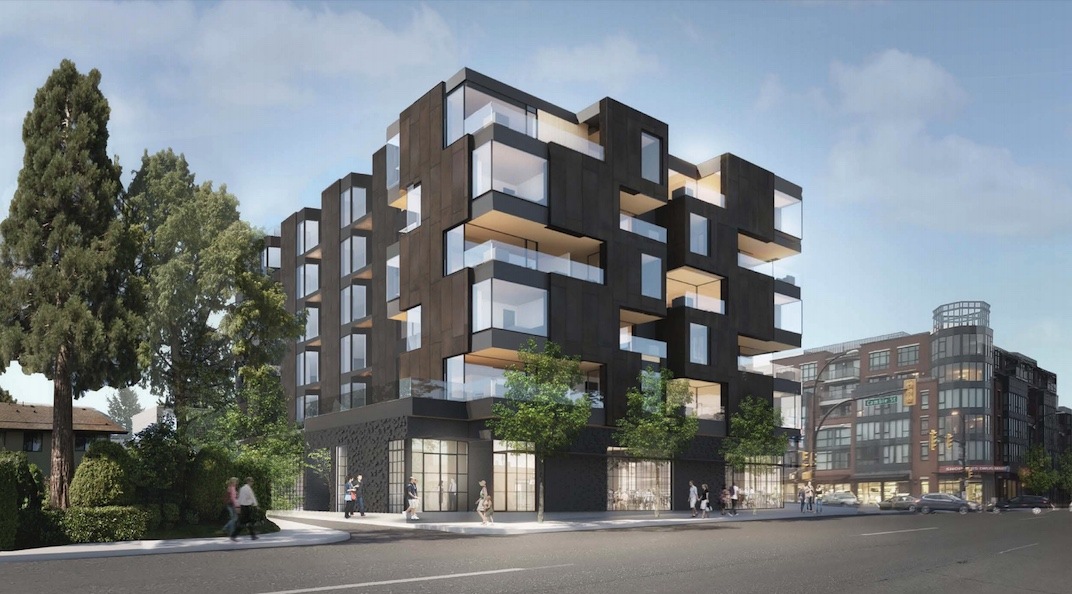 The 28,500-sq-ft lot of a 1911-built home will see the addition of four infill buildings reaching up to three storeys. Nine strata-titled homes will be added, and the existing structure will receive heritage designation and a renovation. Formwerks Architectural is behind the design. 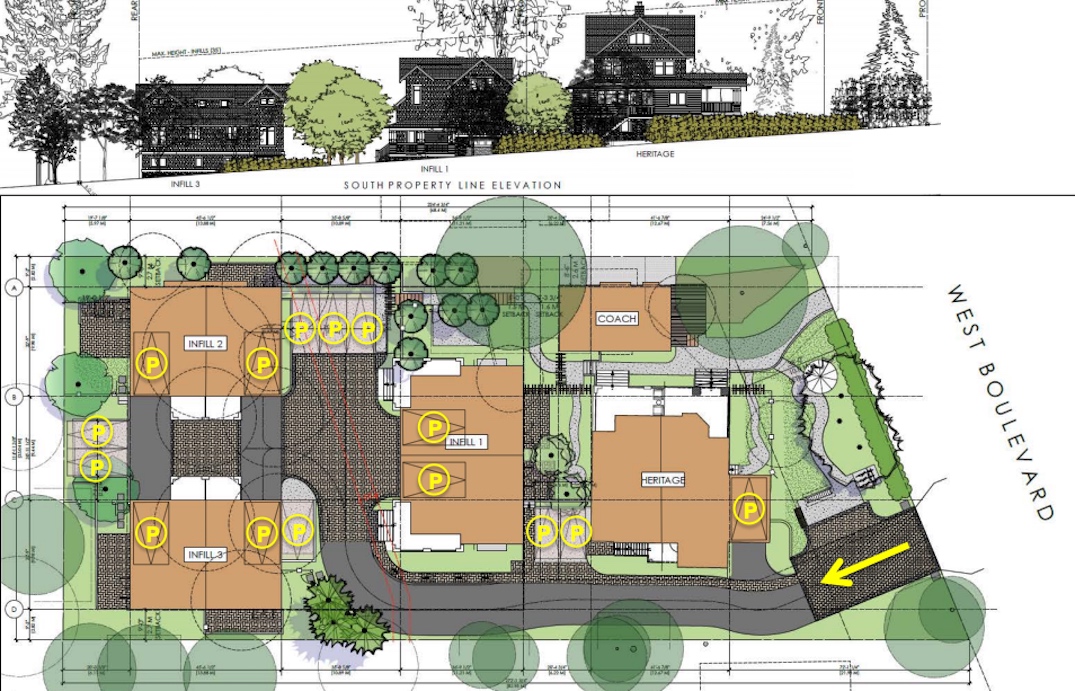 The Honda used car dealership property immediately across from Mount St. Joseph Hospital will be redeveloped into a pair of 14-storey towers.

The ground level will consist of 20,400 sq. ft. of retail and restaurant space, including a potential 13,300-sq-ft grocery store. On the second level, about 10,000 sq. ft. will be dedicated for office space. 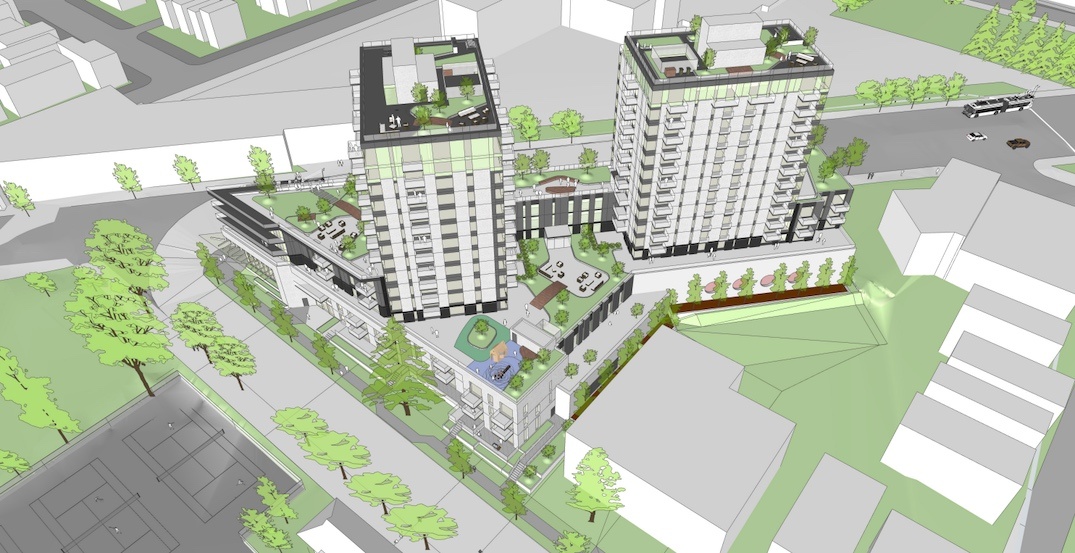